Soon myself and a cabal of other GameCola staffers will be following up 2010’s Top 50 Best Games of All Time by releasing GameCola’s Top 50 Worst Games Ever. The list will have a bunch of the usual suspects and a good handful of surprises, but it will be missing one mainstay of bad game lists: Yo! Noid. I’m happy to say that Yo! Noid is not only not on the list, but it wasn’t even a contender. I can’t speak for everyone working on the list—maybe someone just forgot about it and it slipped through the cracks— but I can tell you why I didn’t support its inclusion: It simply isn’t a bad game. 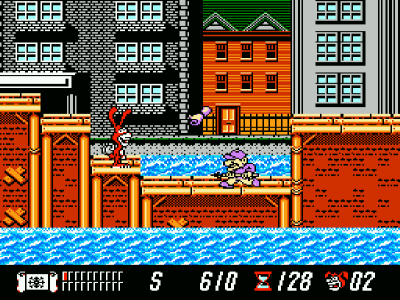 Yes, it’s a platformer in which you play as the long-irrelevant Domino’s Pizza mascot, The Noid, and it was released around the same time as a bunch of notoriously bad corporate mascot-based games (like the awful ones with those 7-Up spots). It’s easy to let knee-jerk reactions to the premise of the game lead your opinion of it, but unlike the other lame mascot games, Yo! Noid wasn’t made solely to shill the world’s shittiest pizza; it’s mostly a graphical hack of a Japanese game called Kamen no Ninja Hanamaru, which explains why the pizza-obsessed man-rabbit main character spends so much time collecting ninja scrolls. The original game follows a masked ninja who fights enemies by throwing his robotic bird pet at them, and at the end of each stage, he engages in a ninja card battle. In Yo! Noid the robo-bird is replaced with a yo-yo, and the card-based ninja battle becomes a card-based pizza-eating contest. 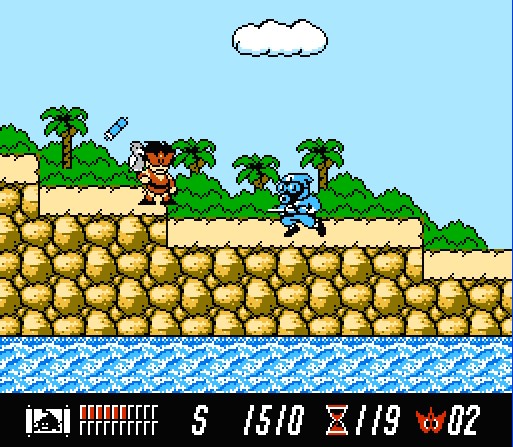 Though difficult, Yo! Noid gets a bad rap as just another shitty mascot game, but that’s not what it is at all; it’s more like an extra-difficult version of Kid Niki: Radical Ninja. It’s not a breathtaking masterpiece by any means, and I don’t mean to sound like I implore all GameCola readers to go out and play it NOW because it will change your lives. It won’t, but it’d probably be in my top 30 favorite NES games if I ever happened to make such a list. If you find yourself among the many who condemn this game, it’s worth another playthrough with an open mind.

"When I was a child, I spake as a child, I understood as a child, I thought as a child: but when I became a man, I put away childish things." -- Some Dude in the Bible I love the Resident Evil series.