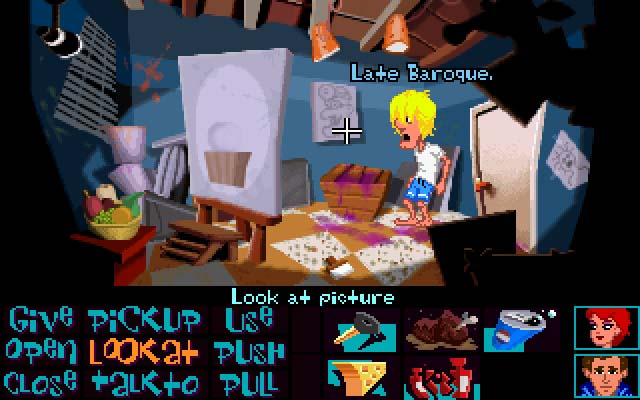 OK, so granted—this video first came out in March of this year. But this is the first time I’ve seen it, and if there’s an adventure game trailer that I’m only just hearing about now, I’m guessing a lot of people are still missing out, too.

So what is it? Easy: Maniac Mansion, remade by fans in the style of its sequel, Day of the Tentacle. Take a look (and see if you can spot the Plan 9 reference—it shouldn’t be too hard!)

Night of the Meteor has been in development since around 2009, and it’d be easy to dismiss it as just another fan remake that’s never really going to go anywhere. I’m tempted to do that, myself, but there’s nothing I want more right now than for this game to get finished. The game’s official website has been updated as recently as three days ago with news about the game, so while there might not be a target release date yet, it’s still actively being worked on.

Keep your tentacles crossed for this one.

Fabricated News apologies for factual errors in our September article about Disney-based videogames.