No, we didn’t post anything about Halo 4 getting a release date. Or Call of Duty: Black Ops getting a sequel. Or The Elder Scrolls getting re-cast as an MMO (with a certain GameCola staffer on board!).

But this? This is news. According to a logo on a screener box of LEGOs sent to a variety of reviewers, Traveller’s Tales is hard at work on LEGO The Lord of the Rings. 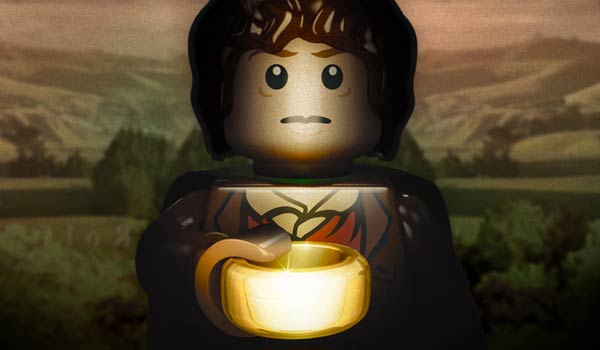 Frodo shows off the One Armband.

So what do we know about the game?

…That’s basically it! The full reveal isn’t rumored to happen until E3; until then, we’ll just have to make wild and inappropriate speculations about the game. Did you know that every pre-order of LEGO The Lord of the Rings comes with a real-life LEGO kit to let you build your very own One Ring? Did you know that they’re planning a day-one DLC crossover package with other LEGO properties, which lets you and your friends guide Frodo Baggins, Luke Skywalker, Harry Potter and Batman through the greatest adventure of all time?

Received an e-mail from my brother showing how to draw Square Enix characters. It is incredibly accurate.