Snark Busters: High Society is the third game in the Snark Busters series. Having played the other two games, I knew there were a few things I could expect to see:

In essence, I was expecting “same old, same old” from this game. I thought it’d be five or six areas where you find hidden objects, solve puzzles and use items on various things. Pretty basic, right? I could use that description for about 75% of the casual games I’ve seen. But while Snark Busters: High Society does exactly what you expect it to, they do manage to throw in a few surprises. 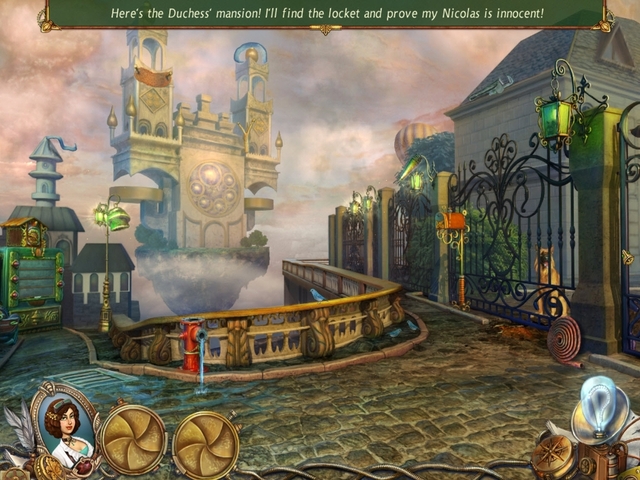 First off, the game now has voice acting in its cutscenes. At first, I was really impressed. Then, I noticed that the lip-synching is completely broken. The characters’ mouths don’t start moving until after they’ve finished saying their lines. It was embarrassingly bad, to be honest, but I still enjoyed the fact that they made a jump to full voice-acting.

Second, the game’s interface was upgraded, or at least, changed slightly. Now you find whole objects, instead of partial objects. For example, you will have to find an entire book, as opposed to finding two covers and a page, and then combining them to form a book. This ends up freeing a lot of inventory space. The new, smaller inventory is a noticeable change.

Third, and most importantly in my book, the game had an actual plot! Including—get this—subplots!

I’ll start with the subplots. In previous games, there were no subplots; your character basically decided to travel through a series of unrelated locations for no real reason. But in this game, each of the three unrelated locations has its own subplot. That makes it feel like there’s more purpose behind the various places you go. And what exciting purposes! You’re at the theater, because you’re there to solve a murder mystery! You’re at the windmill to help the pirate captain defeat his former crew! You’re at the robot park to…uh…see robots? Eh, two out of three isn’t bad. 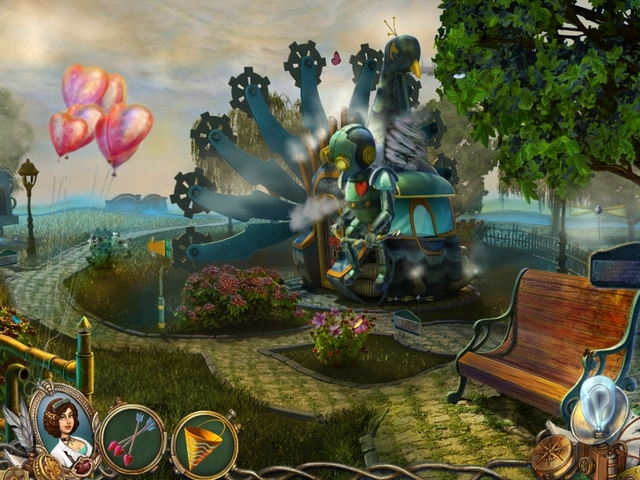 The overarching plot didn’t disappoint, either. Duchess Obviously-Evil has accused our heroine’s fiancee of stealing a locket, so it’s up to our heroine to clear her fiancee’s name! This involves breaking into the Duchess’ mansion and making friends with the ghost of her dead father. I’m not sure I can think of a way to improve on that plot, and the ending where the heroine cleverly defeats the duchess is satisfying.

The only real downside, I guess, is that the music isn’t as good as the previous game. The music is all nice, calm, New Age music. It’s perfectly fine, but the previous games had upbeat, steampunk melodies that fit in better with the actual game.

In conclusion, Snark Busters: High Society has noticeable improvements over the previous two games, so I’m giving it a higher score. It was a better game overall, even if there are minor issues with it. It’s still pretty much the exact same experience as the previous games, though; I don’t see it as being different enough to convert people who dislike hidden objects games. People who liked the two previous games should like this one just as much.

Fabricated News apologies for factual errors in our September article about Disney-based videogames.