The name of this game roughly translates to Mikami the Ghost Sweeper Graces the Exorcism With Her Nice Body. Yes, it sounds like the kind of game I would review. Fear not—NSFW tags are not required! 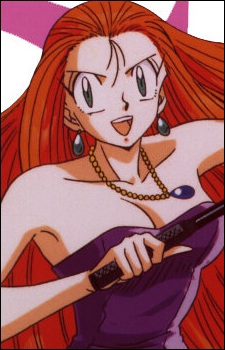 Ghost Sweeper Mikami is an anime adaptation which graced Japanese and Latin American television in ’93-’94. It is based off of a manga penned by Takashi Shiina. The manga was so popular it lasted much longer, from ’91 right through into ’99. It ran for practically a whole decade.

The only mention of Mikami outside of Japan was the movie adaptation of Ghost Sweeper Mikami. At least, this was until 2011, when DVDs were finally made available. You have to be willing to pay stupid money for them though, so cough it up.

The story focuses on Reiko Mikami, a Catholic-raised exorcist who couldn’t stand living the life of poverty. She charges her clients extortionate fees for excorcisms. Reiko is quite simply a bitch, who pays her staff little to nothing for their hard work. Somehow, she is also an enthralling character.

At the height of Ghost Sweeper Mikami‘s television success, a game was developed by Natsume and published by Banirex. It is a side-scrolling platformer with stages inspired by different episodes from the series. Each stage is referred to as a “Report.” The game has Japanese language text for cutscenes, but all information that you need to know is written in English.

If you have played a Natsume game from this era, you know what to expect. Tight, robust controls that instantaneously mirror with on-screen actions. This is as seamless as a shadow play. GS Mikami is very natural and fluent. Everything appears to have the correct weight to it. 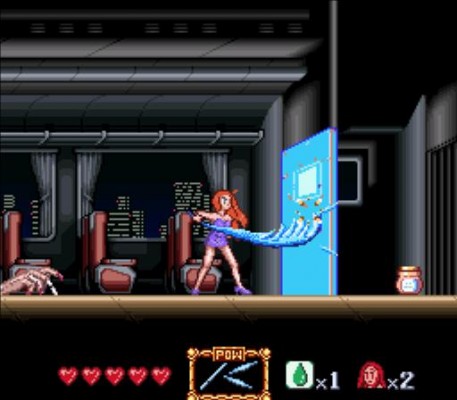 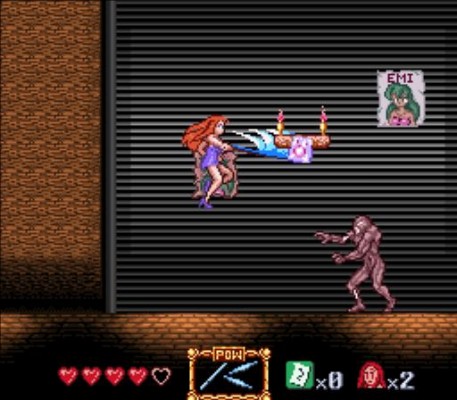 The first Report sees Mikami battling her way toward the train station, ducking through the streets while defeating ghosts. The background artwork looks great, and the flat nature of the first scene eases you into how the game operates. Not long after, the scene transitions to a moving ghost train. Once Mikami battles her way to the end, the carriage is engulfed in darkness and she faces the first boss. It all looks so genuine, and the controls just feel superb.

The second Report focuses on jumping and scaling platforms, which starts to show off the only weakness to this whole game. The jumping can be a little bit awkward. It isn’t NES Castlevania bad, but it is close. There are enemies who make it their life’s mission to send you careening down a pit all the way to the bottom of the scene.

What more, they have to look cute while doing it. Stupid little purple bastards.

Once Mikami graces the waterfall with her nice body, she approaches a mansion where a doll comes to life and orders other dolls to attack Mikami. I actually remember watching the episode that this stage is based off, and the visuals look on a par with the series. The boss is very spooky. 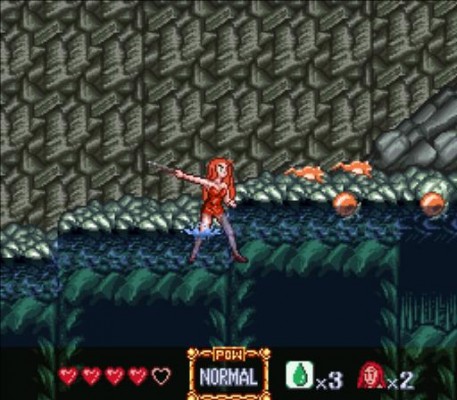 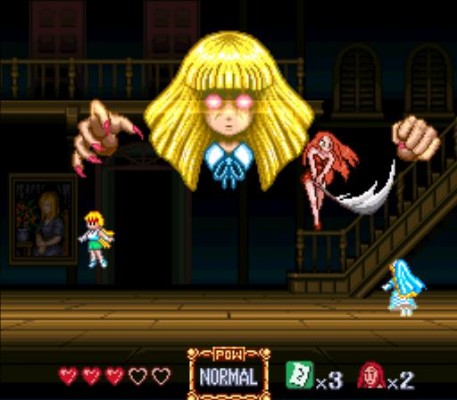 Report 3 mixes things up again, as Mikami is shrunk to 1/8th her size and is forced to traverse rooftops while riding on the back of a frightened cat. You are forced to combine what you have learned so far while trying to avoid approaching obstacles. It is fantastic how the game is already attempting to throw you off in an “everything you know is wrong” Marble Madness kind of way.

Report 4 is another dull stage, unfortunately. It sees Reiko battle through an overgrown mess of trees, as spores fill the air. The stage contains the most irritating enemies in the whole game. It also has a tricky boss with a memorable but sudden movement pattern. After defeating this boss, the player reaches the fifth Report, where Mikami rides a broom as though she were a witch. This stage tilts the genre once more, placing it between platformer and shoot ’em up. You do not fire projectiles, which is what makes this stage really difficult.

The sixth Report sends Mikami to a construction yard. The enemies here are tricky to defeat, and the boss is infuriating. However, it is satisfying when you eventually beat him. The boss is a clown who can summon trumpet-playing mice. If the trumpet-playing mice play for long enough, the boss can shoot a large ball of magic that temporarily turns you into a child, and you cannot attack anything. 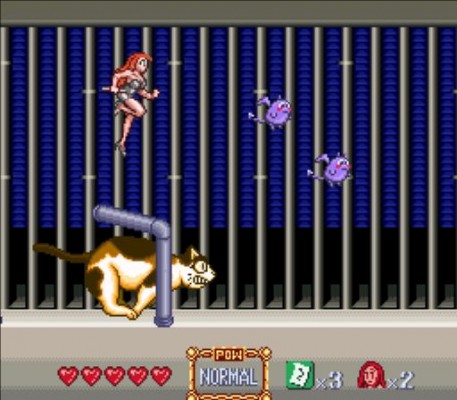 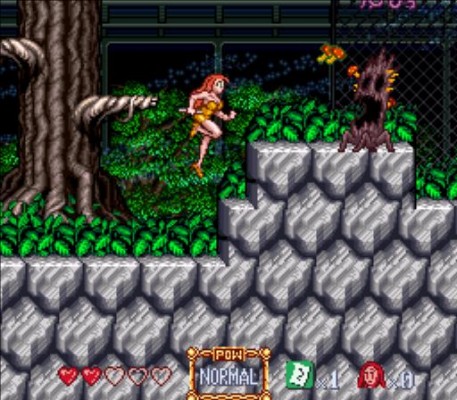 The seventh Report has a horrible mechanic where you can create your own platforms but it is really difficult to use it effectively. The stage background is dreamlike and peculiar. During the level, the perverted Tadao Yokoshima will grab Mikami and she will be forced to move slowly.

After completing the seventh Report, the final boss is revealed. The battle ends in a rather anti-climactic fashion, and the game is completed. The game is less than an hour long, so is it really worth the import?

Probably not. I’m glad to have it, though; it’s a piece of history concerning one of my favorite anime series. The little touches in the game, such as the changing dress colors, show that effort was put into it. The backgrounds look great, the cutscene mugshots are smashing and the soundtrack is consistently good.

Under any other name or license, I might not have even known this game existed. If you’re a Super Famicom collector, don’t turn your nose up at this one. As Justin Carmical would say, “You can play this.” But should you play it…? Uh… Not especially.

This month, instead of my usual, ultra-hilarious rantings, I bring to you a special message. A message that I hope serves as a reminder to young and old alike of what can happen if you aren't careful ...