This is Rockin’ Pretty times one million. You’ve never had it this good until you’ve had it Pop Princess style…

Jeff Day once said “Matt Jonas is such a girl gamer.” I guess he was right, seeing as I just came back from my pedicure. On a related note, I would like to take the time to discuss Kira Kira Pop Princess, a PAL-exclusive translation of the Japanese dancing game Pinky Street: Kira Kira Music Hour.

This videogame has a narrative that focuses around the ever-so-shallow Gaby, a blond-haired klutz who wants to be a really awesome dancer. Now where have we heard THAT before? In just about every teen drama, that’s where! This also just so happens to be my aspiration.

By being in the right place at the right time (see: macguffin), Gaby gains ownership of Anna’s Angela, a swanky club in White Hill. She must travel from White Hill to different sections of the Rainbow City to learn their dance styles and so forth, before eventually facing off against her rival, then a fish saleswoman, and then her mentor who gave her the club to begin with.

The story needs work, but the writing doesn’t. 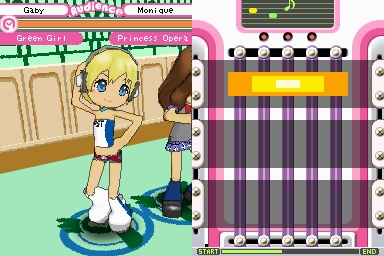 The script is ever so endearing and the characters are a hoot. There are lots of jokes, and it seems for the most part that all of the Japanese humor is intact. This game just oozes cute and is dripping wet with charm. Just look at it—it is so kawaii. And yes, you may kill me for using that word.

Kira Kira Pop Princess ends in a massive dance-off, which you already knew considering this is about as clichéd as the dreaded “Your Mom” joke. The final dance battle is actually hard, so expect to lose. Wear a one-piece suit and try to look sexy; it boosts your score. No, really. I can vouch for it.

There is clothing and hairstyle customization which all plays into how well you score and what people think of you. Dance better, look better and feel better. That just sounded like the slogan for a shoe company. I had better call copyright on that before it gets used somewhere else… 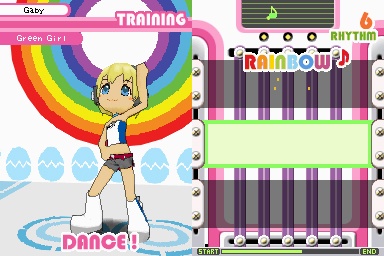 I love the soundtrack in this game. There are songs designed to sound like classic NES themes, and these are my favorite to dance to. There are also rock songs, traditional songs, Japanese ballads and hip-hop songs. All of them are fresh and sound amazing in earphones. Also, they don’t hop around the same chord structure like Rockin’ Pretty does.

To dance, you need to turn the DS so that the screens are portrait (you have to hold it like a book). You then need to tap or drag in the right spot and with the right motion to successfully pull off dance moves. I still don’t quite get it, but after a few attempts, I managed to get each of the songs down.

Also, you can adlib while dancing, though I am unsure as to how. I just ended up waving the stylus around like crazy in the pauses where there were no notes on view until “free dance” showed up and my character said something really annoying like “YEAH YEAH.”

What is the coolest thing despite how cute the characters are? Well, you can start a “New Game Plus” by loading your completed game file, and you’ll be able to change the main character’s face to one belonging to any NPC in the game! Even their voice and catch-phrases change. I thought it was a nice little extra. 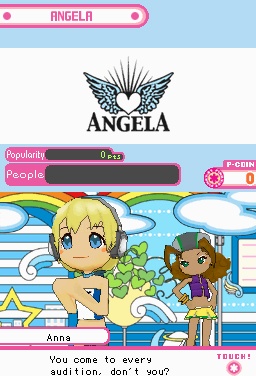 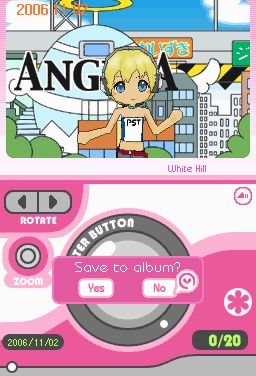 Should you get this if you’re willing to import it? Not unless you’re importing something else at the same time and you’re thinking of saving some bucks on shipping. It’s not exactly the best rhythm game, AND it has recieved a sequel that really improves a lot of the minor flaws. Flaws so minor that I’m not even going to bother mentioning them.

All right, they did spell Indigo as Indogo at one point. When I saw it, I immediately wanted the person responsible to commit seppuku.

If you ever see Pop Princess miraculously arrive on the shelf of a local game retailer, snap it up. The sequel, Pop Town, was supposed to have been released in the U.S., but to this day its release date remains unnannounced. The PAL version of the sequel is very hard to find, but I hold out hope that I may finally spot it and add it to my ever-growing collection of girly games.

The difficulty level is challenging enough and the amount of unlockable clothing items makes it worth it. The dialogue is very entertaining, and the character animations are so fucking cute. The style is very pleasing and the overall presentation is of a very high standard. The look and feel, as well as designs, are based off of a range of Japanese figures, which my local independant game retailer has started stocking. If I didn’t have such amazing self-control, I’d have bought them already. They are sooooooo cute. 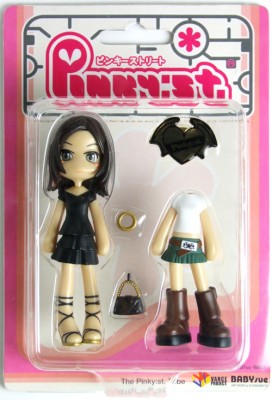 If you ever see Pop Princess, buy it. Buy it immediately. Now, let’s see… I think I need to go get my nails done. I’m so fabulous!

A sequel to a classic NES game—but, does it hold up?