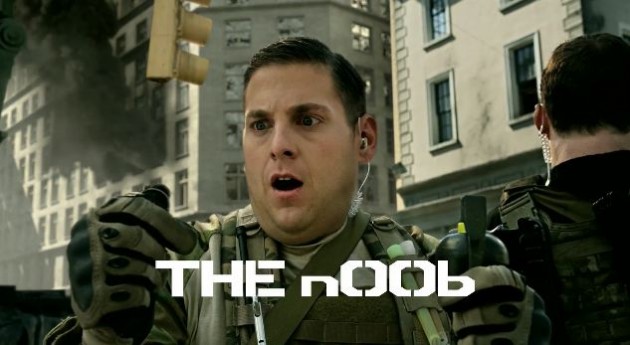 While there are a lot of things to complain about in online gaming, like unreliable servers and online passes, right there on the top of everyone’s list are noobs.

People don’t seem to mind sharing their games with the foul-mouthed, misogynist, and outright disturbing players they frequently find online. But if they’re brought down by a guy hiding in a corner in any shooting game…that’s a real problem.

“That’s cheap! That’s not the way I’m supposed to be defeated!” They were felled by an honorless play, a pagan tactic only employed by those unskilled enough to fight like real men do—in other words, a “noob.”

I mean, there are people proudly quitting from online matches, while there are some assholes claiming that harassment is part of the gaming community. But being a noob, or being called a noob, seems to be the worst offense any player can bear.

Apparently, noobs are the ones responsible for sinking your team down in the scoreboard; they’re the ones not doing what they’re supposed to do, or the ones on the other team accumulating points by cheaply wasting your teammates (who’re also a bunch of noobs).

It’s a Matter of Skill, Right?

Yes, it’s true, rookies tend to adopt cheap tactics quite easily, but you can’t really blame them. You might not understand it since you’ve spent so much time in Halo or Call of Duty, and you no longer remember those first days you dared to try an online game. 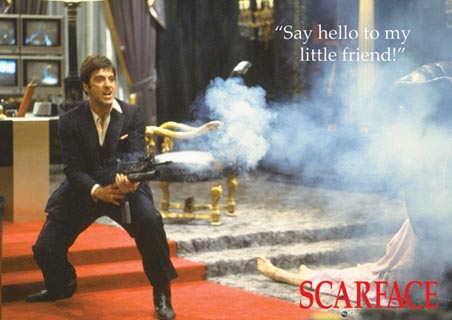 Tony Montana feels no shame in using his grenade launcher (aka. the “noobtuber”)

Outsmarting your opponents and devising less-direct confrontation methods is not only a very human behavior, but also the milestone of every military tactic in human history.

Of course, their newfound technique will only serve them well against other players of their same skill level; as they progress and get the chance to play against more experienced players, they’ll learn that their playstyle isn’t as effective as it used to be, so they will have to devise something different if they want to catch up.

And there’s nothing wrong about new challengers, except…

It’s Not Only About Their Skill, Right?

The second issue in this matter seems to be that a lot of people simply hate rookies, not only for their current skill level, but also because they’re the newcomers, and the locals feel obligated to treat them as harsh as they possibly can.

Dear haters: Online gaming isn’t and shouldn’t be an exclusive club. Whether you like it or not, we need newcomers if we want this medium to survive.

An online community without noobs…I mean, “rookies,” wouldn’t be that bad-ass utopia of competitive gaming many people dream of. First, you surely understand that less people playing online games means more time waiting in the lobby for a match.

Second, and more important, without newcomers the online community would surely implode because—you might not be aware of this—people give up on games all the time. 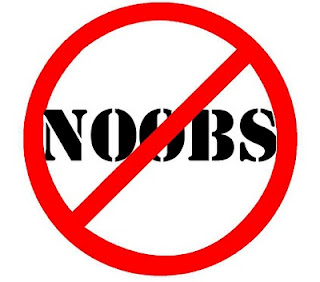 You’re approaching a noob-free zone; estimated time for the next match, 15 minutes.

This is why we should strive to be a more inviting community. If we endorse videogames as part of our lifestyle and expect them to exist for a long time, we need to have a friendlier attitude toward newcomers.

This is why I raise one for the newest members of our online gaming community, since they’ve always showed us that they’re enthusiastic enough in order to endure the hard time and harassment online gaming is undeservedly known for.

And while a lot of these people (especially easily impressionable teenagers) will end up emulating everyone’s foul behavior (like teabagging), the newer crowd will surely have a handful of great guys we’d love to share our games with, or even become good friends with.

And for those about to play, we salute you!

Are...you...ready?! Have you made all the necessary preparations? Did you hire a homeless man to hold your place in line? Do you have a cup ready for your eyeballs to leak out into, when they're ravag