Great news, RPG fans! Mistwalker, responsible in part for such astounding games as Blue Dragon, Lost Odyssey and The Last Story, have finished developing their first iOS title. The studio, headed by Hironobu Sakeguchi (known for Final Fantasy) has been providing a steady list of well-made RPGs. They co-developed Lost Odyssey with feelplus+, which is a JRPG that I consider one of most amazing RPGs of all time.

So with that out of the way, here comes the shocker. This is game about surfing.

No, really. A studio famed for RPGs, with a leader who worked on the Final Fantasy series, has developed a videogame about surfing. 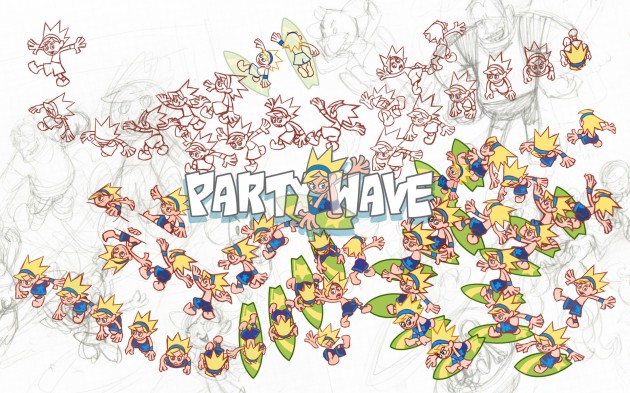 I don’t think I want to live on this planet anymore. Though, actually, the game may end up being quite interesting. It looks pleasant enough and I enjoy the visual style, so maybe it will be great after all. There won’t be any battles against enemies or levelling up or any of that stuff, but it should be a decent little game. It will cost you $2 and will be available very soon.

I just think it is hilarious—all of the Square Enix RPG titles for iOS devices are priced so that nobody will buy them, meanwhile other attempts to create a decent exclusive RPG haven’t exactly hit the mark. So along comes a studio known for developing RPGs that (instead of remedying the situation) makes a game about surfing.

I quit. This is just too much.

This game called Brink is coming out this week. I don't know anything about Brink. I was avoiding all news posts about Brink, because I thought it was some kind of racing game that offers "high-octane