I’ve just come back from playing the game to completion and I’m going to be blunt about this. The last twenty minutes of Papo & Yo completely nailed it. The end of the game is easily better than the sum of all parts prior. I know it sounds awful, like a cruel joke, to say that the game is good at the end. “The ending was good because the game finally ended” is not what I mean.

I remember a simpler time when games weren’t considered “art.” I liked it when the player pressed a button and a massive laser beam destroyed on-screen sprites. We used to think that a black screen and some white pixels was outer-space. We were young back then. Now, though, such a thing known as an “art game” exists. Thanks to modern technology, and advanced medical science, games can bring you lifelike visuals and Lucasfilm Ltd. THX!

An “art game” is a game that while still maintaining the constructs of a game also serves to be a breeding ground for pricks. In this instance, I mean people who feel they must subject everyone else to their whinging about stuff. Creators (or is it curators?) of art games often forget to construct an actual game, because they’re busy with the whole “what’s the moral” thing. To its credit, Papo & Yo does actually resemble a game. It does not consist of forward motion while a voice-over tells you sweet nothings that contradict themselves all throughout, but actually contains controls, challenges and fun. Something “art games” rarely provide.

It is still pretentious and has an angsty moral, but Papo & Yo is not an “art game.” It’s better than that, so I wish people would refrain from calling it one. 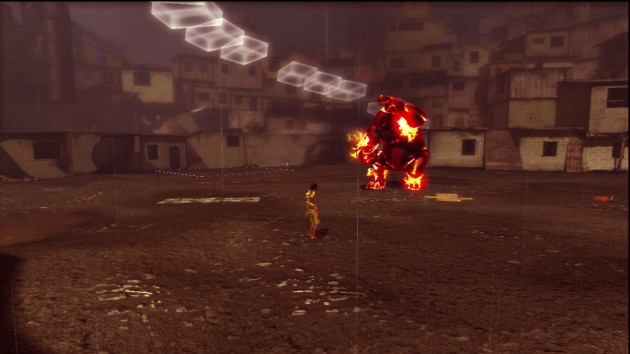 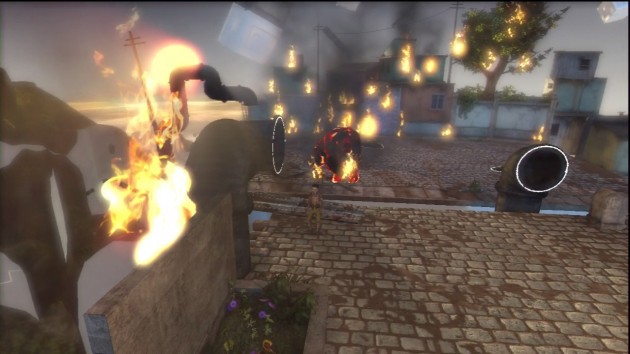 Slumming it With Quico

The greatest thing about Papo & Yo is the environment. It’s lively and bouncy, and parts of it can be ripped apart like a quilt. While it never really changes at all, it’s an environment that feels interactive. You get a lot of games where you run through and there isn’t much to say. It’s all drab and brown and the only dynamic parts are that windows can be destroyed and watermelons can be carved up with a knife. But in Papo & Yo it all seems very alive, which is great by comparison.

You’ll spend the majority of your time guiding little boy Quico through these areas, making a path for his really tired monster friend. His friend, aptly named Monster,  has anger management issues and will often hurt Quico. During your adventure, a spooky voodoo girl runs around activating traps and whatnot, claiming that Monster is evil and must be purified by a shaman. So you’ll find yourself getting Mr. Monster Guy to the shaman’s temple, via various different means. Luring him with coconuts (or frogs) in order to clear consistently challenging puzzles, or by making him angry and getting him to chase you.

I managed to get lost sometimes, but I’m sure on a second run of the game, I could probably do it without Monster even catching me at all.

There are moments when Monster isn’t angry with you. It’s kind of cute how Quico can climb onto Monster’s belly and use him like a trampoline to reach high places. And then Quico wonders why Monster is angry at him all the time. 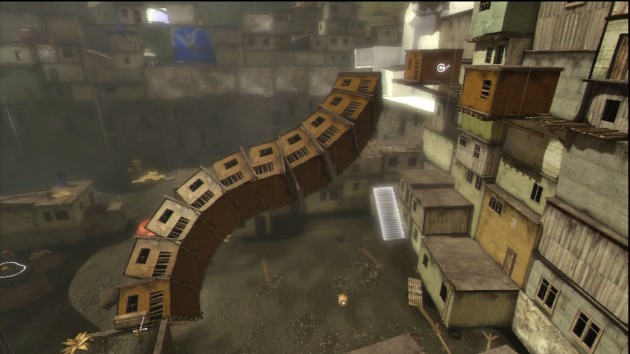 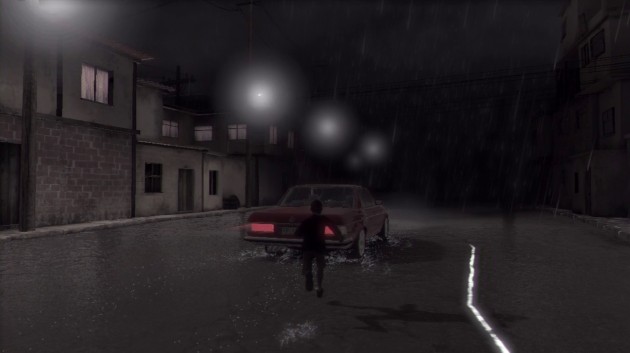 One thing that struck me when playing Papo & Yo was gaming fatigue. Have you ever come across that? You’ve played so many games that you’re kind of tired if they don’t instantly grab your attention or give you something fun to work with.

It’s my fault, not that of the game. The puzzles themselves are really creative. A lot of them involve moving buildings around and pulling keys or pushing switches. The result is like you’re in a town made up of toy blocks, like you’re inside the imagination of a little kid. You can certainly do a lot worse than Papo & Yo. It’s got great controls, and all the time your little robot friend Lula is around, it plays like a well-polished Ratchet & Clank game. The best parts are easily the tricky platforming sections, as you’re jumping between moving objects and climbing ladders. This is when Papo & Yo impresses me. 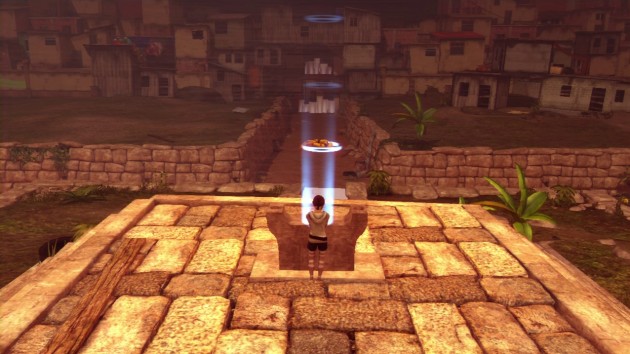 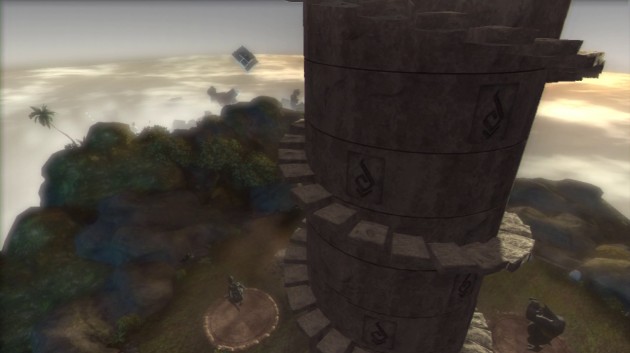 I got tired of environments never changing. I got tired of the same puzzle variety being used over and over again. But I really enjoyed luring Monster to different parts of similar looking areas by throwing coconuts or frogs at him. The core puzzle mechanic, while used far too often, is still good fun.

The experience you get when playing Papo & Yo I’ve never been able to get anywhere else. And that ending makes the three hour toil through some of the more frustrating puzzles worth it. Now all I need to do is go through the game a second time and collect all of the hats! 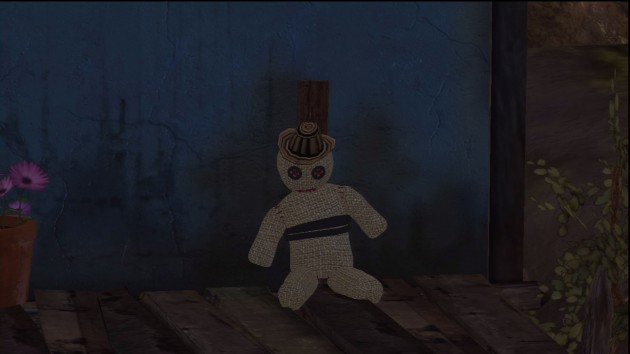 You thought I was joking?

Finally, I can live my dream of Playing Basketball.