Curiosity is the absolute stupidest game that I’ve ever played in my entire life, and I’m going to win it. 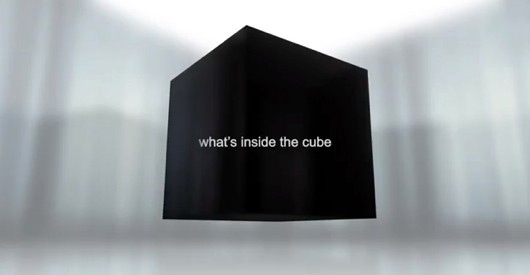 Peter Molyneux’s “social experiment”/what is this I don’t even Curiosity: what’s inside the cube came out early this morning, and already people around the world who really need a hobby are chipping away, hoping to find out just what’s at the center of this magical box. To play, you tap the screen of your iDevice to destroy little boxes; as you earn money, you’ll be able to buy tools that let you tap and destroy, uh, bigger boxes. …I’m pretty sure that’s it.

As of a few minutes ago, half of the cube’s first layer is already gone. At that rate, we’ll be getting those sweet, sweet Molyneux photos and/or pork chops before we even know who the U.S. President is.

For anyone who’s—*ahem*—curious, I filmed a quick demonstration video of Curiosity‘s physical gameplay:

Curiosity is free, it’s iPhone/iPod/iPad/Android compatible, and it’s completely useless for you to play it because I’m going to win *drops iPhone again*.

Hey, does anyone remember 2009? I sure don't, but these YouTube videos I've got here seem to suggest that it was a real year. We've got footage of Michael Gray walkthroughing his way through The Legen