Some of you may be aware that there was recently a brouhaha over a Eurogamer article calling out game journalism for its cozy relationships with various sponsors. There’s already an excellent write-up of what happened over at the Penny Arcade Report, so I’ll just summarize it here: Rab Florence at Eurogamer says maybe, just maaaaaaaaaaybe people purporting to be serious videogame journalists shouldn’t be giving interviews next to heaping bowls of Doritos and Mountain Dew or using their personal Twitter accounts to hype a game so they can win free stuff. Said journalists respond negatively, saying they don’t get what the big deal is and some threaten to sue for libel, thereby proving Rab Florence’s point. Since Rab Florence is in the United Kingdom, however, Eurogamer amends the article, since apparently libel suits are a big deal in the UK. Over there, libel suits operate on a “guilty until proven innocent” system, where the loser has to pay any and all court costs. As you can imagine, it sucks to get involved in a libel case in the UK. 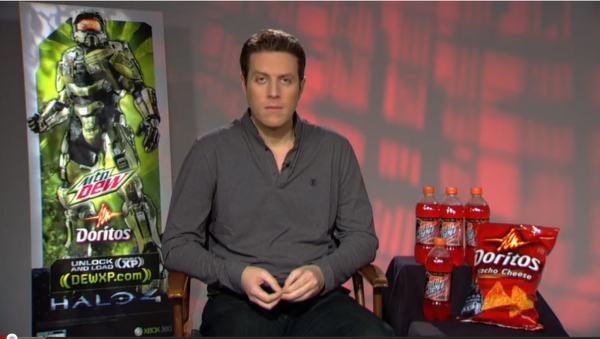 The Penny Arcade Report did a follow-up on the story and mentioned something that I thought was interesting: Apparently those of us here in the old U.S. of A. are immune to such legal threats thanks to a little something called the SPEECH Act. Passed in 2010, the Securing the Protection of our Enduring and Established Constitutional Heritage Act makes it so that a libel judgment from another country is unenforceable in the U.S. if the speech that’s accused of being libel would be considered protected free speech under the First Amendment. Before this, someone in the UK could threaten to sue someone in America for saying something that we should damn well be able to say under our Constitution, and potentially make that person pay an exorbitant amount of money. Now, they cannot, and on behalf of the USA I have something I’d like to say.

We can continue to call out BS without fear of repercussion! All that stuff I said in the first paragraph? Delightfully off limits to litigious foreign entities. Which is good, because the actions of the people described in the article ARE total BS. Bending over backwards for a chance to win a prize from a company you’re supposed to be scrutinizing? I’ve seen more journalistic integrity from supermarket tabloids. Now, full disclosure, I enter contests all the time to win free computer parts, games, etc., but am I going to go around saying I’m a serious journalist? Hellllll no, I’m just some dink on the Internet shouting obscenities at people I don’t like (sooo…pretty much just a normal person on the Internet). And as an American, it’s my right to say such things even if other people don’t like them. It’s not always the prettiest thing, but free speech is something I hate to see infringed upon anywhere.

Now, I feel like I must extend my apologies to a few of my fellow GameCola writers, specifically the British ones whose names I can’t be bothered to remember because America is the only country that matters. I’m not sure if the SPEECH Act protects them because GameCola is owned by a citizen of the United States (Paul Franzen, whose name I CAN remember) but, if not, that sucks. Sorry dudes. You should emigrate to America so you can dis your old country and get away from that warm, liquid bread you call beer. I’m sure Paul will let you crash at his place for a while until we get you work visas for GameCola. (The great thing about that last sentence is that, because I’m typing it, I don’t have to worry about keeping a straight face.)

Anyway, that’s my little jingoistic rant about how a story on the state of videogame journalism proves how awesome the United States is. It’s funny, though, the original story probably would not have been such a big deal if its subjects had not said anything. But they overreacted, and as the old adage goes, “it’s not the crime, it’s the cover-up.” By trying to silence a fellow reporter, the journalists in the story instantly made themselves the bad guys, doing a large amount of damage to their credibility and future prospects. It’s unfortunate that they were able to partially succeed at silencing Rab Florence, and I hope at some point the UK fixes this flaw in their legal systems. Personally, though, the situation has reminded me how glad I am to live in a society where the protection of speech is paramount.

And to our readers in the United States, because it’s relevant, read up on the issues and go vote on November 6th. It’s the least you can do for your country.

Mega or not, here we come!