Dinner Date raises the same debate brought up by “games” such as Dear Esther and Duke Nukem Forever: When is a videogame not really a videogame?

This is of course a stupid question; a videogame is a videogame if the person who made it says it’s a videogame, and also it receives at least a 75% score on Metacritic. But for the purposes of argument, let’s say there’s even a valid debate here. Dinner Date is a game about exploring a man’s subconscious as he sits alone in his kitchen, waiting for his new female companion to come share in the delicious meal he’s prepared. You don’t actually control this man directly; you control—well, his nervous tics. Context-sensitive commands pop up on the screen ala Heavy Rain, and you press X to Jason fire off a synapse with suggestions like look at the time, or play with your hands, or stir your soup, while his thoughts progress from “gee, I hope she gets here soon!” at the beginning to “*smokes cigarette and stares wistfully out the window*” toward the end. It’s another one of those artsy-fartsy videogames that try so hard to break conventions and kick up a fuss about where the industry is and what it could be. It’s not supposed to be fun. It’s art, or whatever. 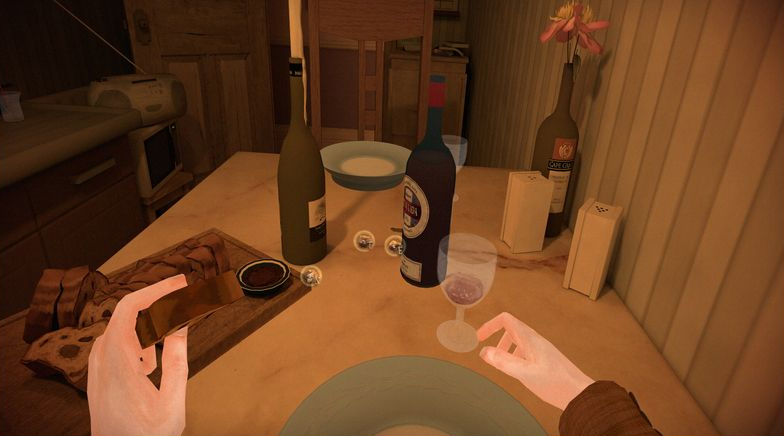 “Few other games can convince their players to feel something—and only Dinner Date can guarantee it.” – Paul Wong, All Tech Considered

“As a meta-narrative about the social constructs that confront the modern man, it fascinates.” – chapelzero, GameZone

actually mean that, or only want to mean that, or at least think they’re supposed to mean that because this is an art-game about feelings and emotions. I didn’t get anything like that out of Dinner Date. Although the guy’s growing mania was well-written and very well-acted, for me, it was 20 minutes of listening to a dude’s thoughts while pressing A to get him more drunk and sad. I’m not one to generally dismiss games due to a lack of any actual gameplay (I mean, come on—one of my favorite games from 2012 was essentially just a clever anime about pigeons), but those were some of the all-time longest twenty minutes, and the game left me with thoughts like “So I guess I am being cultured now,” and “When is this dude just going to give up and go to Arby’s, anyway?”.

Does that make me a philistine, or does it make everyone else a wannabe who’s so desperate to find deeper meaning in videogames that they’ll greedily latch onto anything that doesn’t involve shooting or killing or bleeding entrails or gratuitous motion-controlled sex scenes, and proclaim it to be a profound step forward toward the future of interactive storytelling and yet another example of how videogames should be considered and are definitely art? 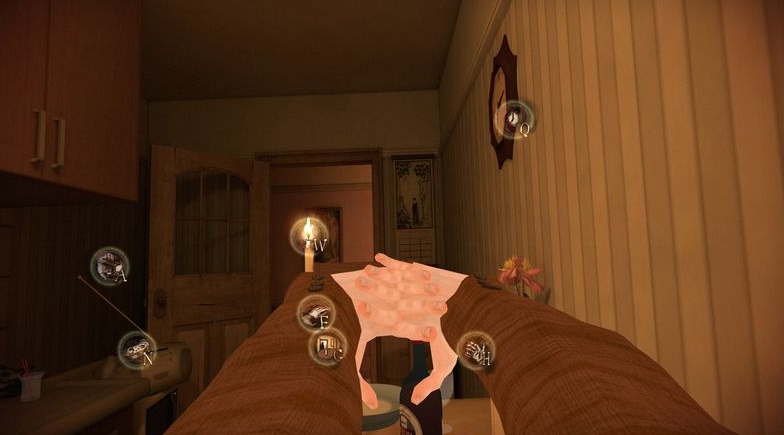 By the time I’d finished the game, I can’t say I learned all that much about what it’s like to be a lonely dude eating soup, because I’ve already been a lonely dude eating soup. (I mean, I am a GameCola writer, after all, even if I’ve since found wedded bliss and a life fully free from the shackles of Campbell’s Chunky.) I also can’t say that I think the experience was just dumb. I’m as interested as anyone in new ways to tell stories, and the idea of dicking around in someone’s subconscious and trying to push him toward an important end-goal despite his own sloth or arrogance or perceived futility is fascinating. The problem is that the game didn’t really do that; it’s an audiobook you can watch and push buttons during. Nothing you can do will ever make the man’s date arrive; you can’t even get him to call her. None of the neurons you fire have any meaningful impact. Dinner Date is a game about watching a guy who’s waiting for someone else to show up, and for just $3 (on sale for $1.50 at the time of this writing), you can only expect so much more. But it’s still definitely a videogame, even if it’s only slightly more interactable than a DVD menu. After all, if it wasn’t—you wouldn’t even get to press X. The soup would just get eaten.

There are many mechanics that make up a game. But what if there was one that ruined the game entirely? Grab your nuts and bolts, and see what picks we have for you.