Welcome to “Inside the Guide,” the column that gives you a behind-the-scenes look at writing walkthroughs for GameFAQs.com. Today, I’m going to talk about rejection.

It happens to the best of us, and sometimes, you can’t help but wonder why. Sure, Frances said she can’t date you, because she’s from an alternate timeline where you are the exiled emperor of New Australia, but you’re not convinced that’s true. Maybe there’s another reason that she’s not telling you about. Maybe it’s because…you’re worthless.

The best way to handle rejection is to take a deep breath, assure yourself that you are still a worthwhile writer, and then write a passive-aggressive column where you viciously attack the people who rejected you.

So that’s what we’re doing today! The official GameFAQs FAQ section says there are four reasons why they reject people. Let’s go through them one-by-one, to see how people are…

#1: Improper Formatting. “GameFAQs does not accept files written in HTML, in proportional-width word processor fonts, or using word processor features (such as images and varying font styles). These kinds of files are generally not even reviewed for content, as they cannot easily be converted to plain text, which is the format for 99% of all files posted on GameFAQs.”

Awww, isn’t that cute? GameFAQs hasn’t changed its policies since 1995! They’re still afraid to use italics, because it might cause browser compatibility issues! That is just precious.

The funny thing is that, in 2009, GameFAQs finally joined up with this millennium and started accepting formatted guides. Only in Wikipedia format, though. They might be the only site that uses Wikipedia as the best of all sources. In any case, it looks like Rejection Rule #1 no longer applies, so let’s move on to #2.

#2: Low Quality/Content. “If you [sic] file has little or no gameplay information, multiple grammar and spelling mistakes, or a hard-to-read layout, it will likely not be posted. Very short FAQs (under 10KB) are rarely posted, and files in ALL CAPS or no caps won’t make it online either.”

In other words, if your guide is rejected, it’s because you were pulled over by the GameFAQs Grammar Police. This actually seems like a worthwhile policy. ALL CAPS TALKING IS RATHER ANNOYING, and it wouldn’t hurt if guides got an occasional spell check.

Sadly, I believe this rule is no longer enforced, either. I’ve posted at least twenty guides which are under 10 KB (or roughly five full pages). That does not at all translate to “rarely posted”. 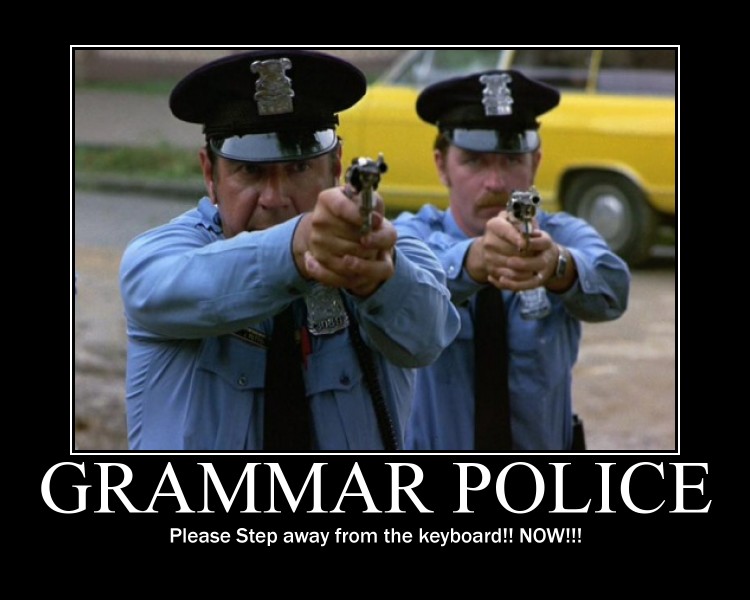 I am amused that someone accidentally capitalized “step” in a picture about good grammar.

#3: Unacceptable Guide Type. “Multiple-game guides, FAQs for unreleased games, placeholders, online cheats, fictional works, and a few other types of files are not posted on GameFAQs.”

Wait. I can’t release my Zelda fanfic as a guide? You can’t be serious. Also, no guides which cover multiple games? What am I supposed to do with game compilations?

I’m not joking about the game compilation thing. One time, I wrote a guide for Final Fantasy I & II (NES), and it got rejected, according to this rule. That was hours of work, flushed right down the drain because GameFAQs only accepts one guide per game. I hereby declare this to be a stupid rule.

To this day, no guides for Final Fantasy I & II have ever been accepted. The GBA remake of the game has two guides for it, but the NES version is still lonely.

#4: Oversaturation/Incompleteness. “Once there are multiple complete guides for a game, incomplete guides are no longer accepted, and new guides must match the quality and content of what has already been posted.”

This rule makes some sense. If there was no limit to how many guides could be posted for a game, there would probably be 500 guides for The Legend of Zelda: Ocarina of Time. But the problem is that this rule is intolerably vague about what constitutes “the saturation point.”

How many guides must there be, until you have “too many?” Try to put a number on it. Fifty? Twenty? Ten? Nine?

Here’s the painful scenario that inevitably results from this rule. Nathaniel Hoover decides that he wants to write a guide for his favorite game, Mega Man 4. He spends weeks making the best guide he possibly can. Finally, he submits it, hoping for the best. The result? His guide is rejected offhand because, whoops, there are already eight guides for that game. And half of them were written over ten years ago.

So that’s a problem. All the popular games have been blocked out for years now. The kicker? GameFAQs never says when a game is blocked out. As a writer, you have to guess whether it’s worth the risk to spend hours writing a guide, when it could easily be rejected just because other people got there first. 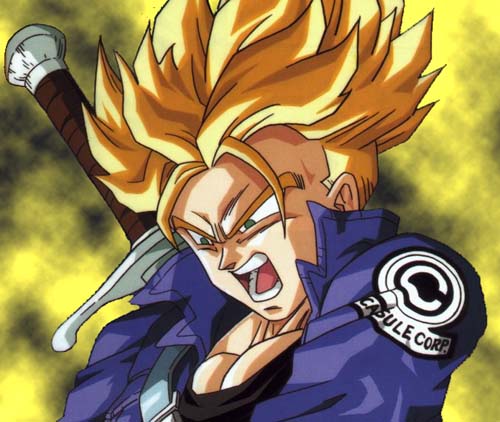 I couldn’t think of a good picture to use here, so let’s go with Dragon Ball Z.

So why did GameFAQs reject you? It’s either because of the two rules they don’t enforce, the stupid rule, or the rule which says being first to write a guide is more important than quality.

In all fairness, you probably don’t have to worry about having GameFAQs reject your guide. They like making money off of their unpaid contributors, so they let a lot of things slide. It’s not like here at GameCola, where all staff members are legally required to grow beards that are mightier than Chuck Norris’.