Sure, we here at GameCola voted Journey’s “Don’t Stop Believing” as Game of the Year 2012, but not everyone agrees with us. In the casual gaming circles, the best game of the year was Mystery Case Files: Shadow Lake. Why? There are a few reasons.

Maybe that last reason is the most important one. Game of the Year? I’m not so sure. Entertaining FMV game? Yes! 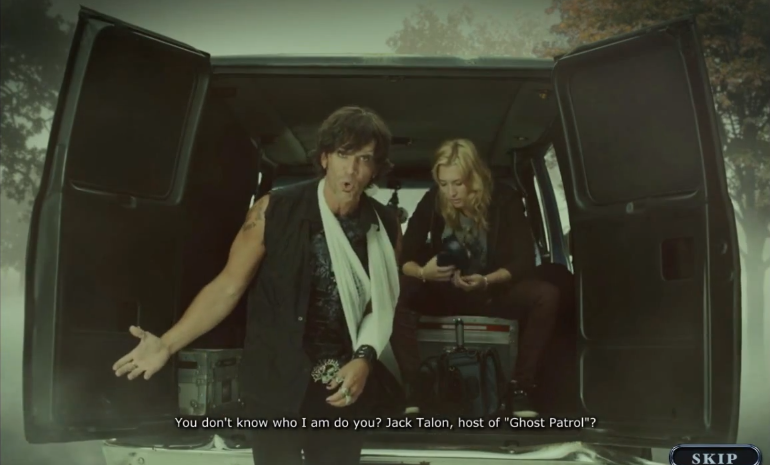 MCF: Shadow Lake takes place in the abandoned town of Bitterford, Maine. You’ve been hired to investigate what happened, and you soon find out that pretty much everyone in town was possessed by a demon’s horn. They all killed themselves or each other, in an attempt to gain control over the evil relic.

There are two groups that have been sent to save the abandoned town. I’m not sure why people want to save the town 40 years after it’s been destroyed, but better late than never, I guess. The first group is a hokey TV show called Ghost Patrol. These ghost hunters are, hands down, the most entertaining part of the game. Judging from their three scenes, I’m guessing Ghost Patrol‘s plan is to eliminate the ghosts through over-the-top acting and silly dialogue:

The other person who wants to save the town is your partner, a psychic named Cassandra Williams. She is the main character, and also the main draw of the game. Why? Cassandra is played by Lea Thompson, one of the stars of Switched at Birth (but who will always be best remembered as Lorraine McFly in the Back to the Future series). It’s nice to see an FMV game have a legitimate actress in the lead, but to be honest, I still can’t tell if she’s supposed to be taken seriously, or taken as a joke character. Here’s a taste of what her scenes are like:

In addition to FMV horror/humor scenes, this game has FMV jigsaw puzzles.

You read that correctly. FMV jigsaw puzzles. You have to put the various puzzle pieces together, in order to form a picture. The entire time, a brief FMV clip plays on each piece. Here’s a picture of what it looks like: 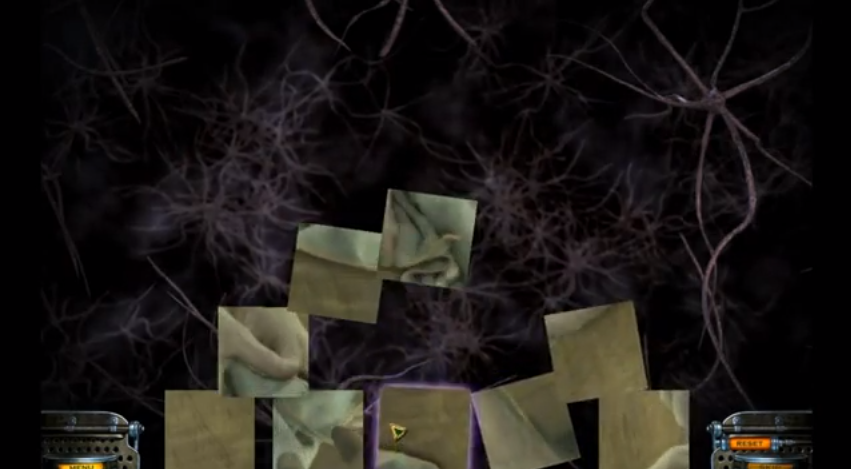 So, the FMV in this game rules. What about the non-FMV portions?

Well…it turns out that this game is extremely regular, when it comes to its set-up. That is, every chapter follows the same basic formula. You go to a new location and find hidden objects. Then, you solve a series of adventure game puzzles. Then, you match pictures. At the end, you watch an FMV scene which leads you to the next location, and the cycle repeats. Each chapter is a comfortable 15-20 minutes, making the game about two to three hours long.

The only exception to the pattern is the Lazy Chapter Five, which is only two screens (with an optional third screen). I’d recommend against getting the Collector’s Edition of this game, which comes with a bonus area that is also three screens long. Five minutes of new gameplay is not worth an extra ten dollars, even with a bonus “making of this game” documentary.

The hidden objects screens were tolerable. They tried their best to streamline the process by putting hidden objects in mini-areas. That’s nice, because you have less ground to cover and you won’t waste time looking in the wrong areas. Still, I became well-acquainted with the hint button and the “you clicked too many times” penalty. The adventure game sequences were average-to-good. The best puzzle was the lengthy “start the car” puzzle; the worst was the backtrack-tastic “use the ladder to cross the gap” puzzle, which was repeated three times.

No, wait, the worst puzzle was the penultimate puzzle, where you have to put three sets of clues together, in a specific order, with almost no guidance and a false puzzle piece added just to throw you off. I think that puzzle caused pretty much everyone to trip at the finish line. 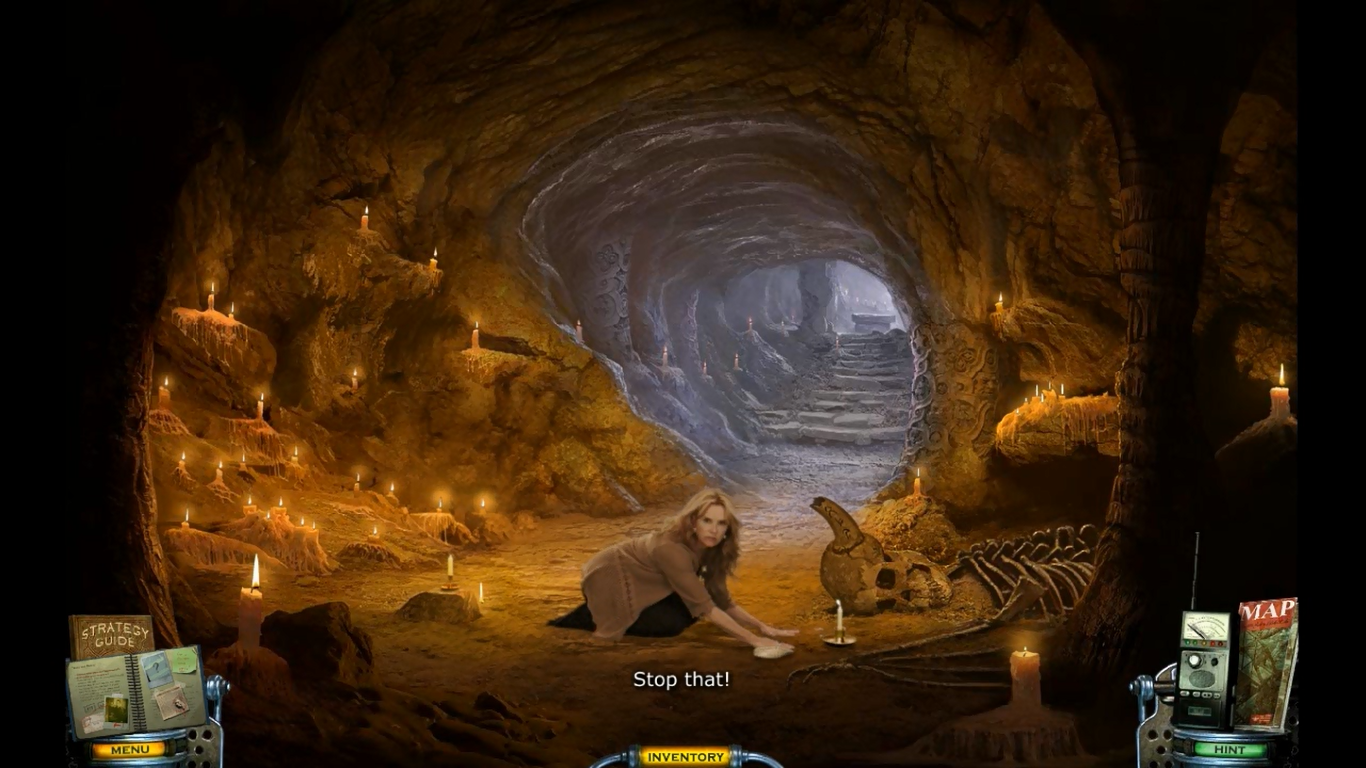