For a recap of this event, which has already happened (unless you’re a time traveler), click here.

GameCola will be making its first ever LIVE, IN-PERSON  public appearance! Yes, that’s right—you could actually meet us, and find out once and for all if we really are as handsome as you think.

Christian, Matt Gardner, Captain Eric and I will be manning a table at Queen City Kamikaze, which is a videogame, anime, comics, and general nerdery convention held at Manchester Memorial High School in Manchester, NH. From their website:

QCKamikaze was started with the goal of being an accessible 1 day convention for New England. Avoiding multiple days and high fees means we can have an affordable day for most people to get out to and have some fun. We’re the first New England convention for the year and for many a nice local warm up before Anime Boston. Started at Memorial High School by Jeff Normandin who runs the Manchester Video Game Club and J Paige who ran NeoTokyo and NeonBomb stores, QCKamikaze was designed to be an outlet for retro gamers, anime fans, and local vendors and artists. Over the years we have been able to raise thousands of dollars for local organizations and school groups as well as buy supplies and equipment for the school itself.

It costs 10 bucks to get in, and it runs from 10AM to 7PM. We’ll be having FREE PRESENTS at our table, in addition to a selection of weird videogames for people to play. The convention’s also going to have cosplay contests, tabletop gaming, a dance hall and dance competition, and the “Anime Dating Game,” in which “participants will be looking for love as the characters they are dressed up as.”

Best of all, though: 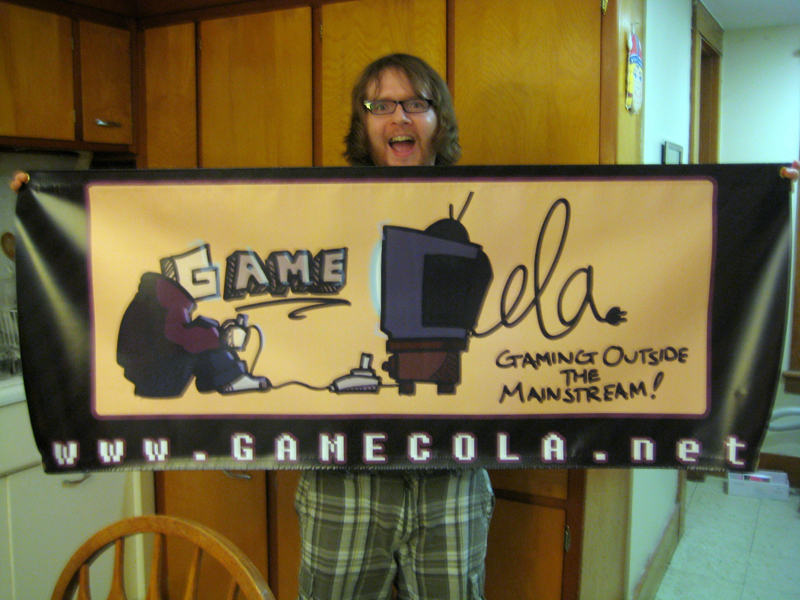 I finally get to use my banner. (Thanks again, BannersOnTheCheap.com!)

Remember: The date is February 16, the time is 10AM-7PM, and the place is Manchester Memorial High School. Queen City Kamikaze. Come and say hi to us!

Anyone who mentions this post gets a free hug. (Anyone else has to pay.)

As I absolutely did not predict, Figure Fours and Magic Eights actually pulled through for us last month! We went 8 for 11 in our WrestleMania XXII predictions, only missing a world title match, a Mon ...