Queen City Kamikaze, the New England nerd convention that a bunch of us GameColers attended this past weekend, had it all: Halo 4 competitions projected onto an enormous movie screen. A live performance by the LeetStreet Boys. Dance contests. A seminar on how to write fanfiction. A dude eating an entire Happy Meal in under one minute.

…Of course, we didn’t actually get to see any of that, because for once we weren’t visiting a convention as mere peasant attendees. We were on the other side of the table. 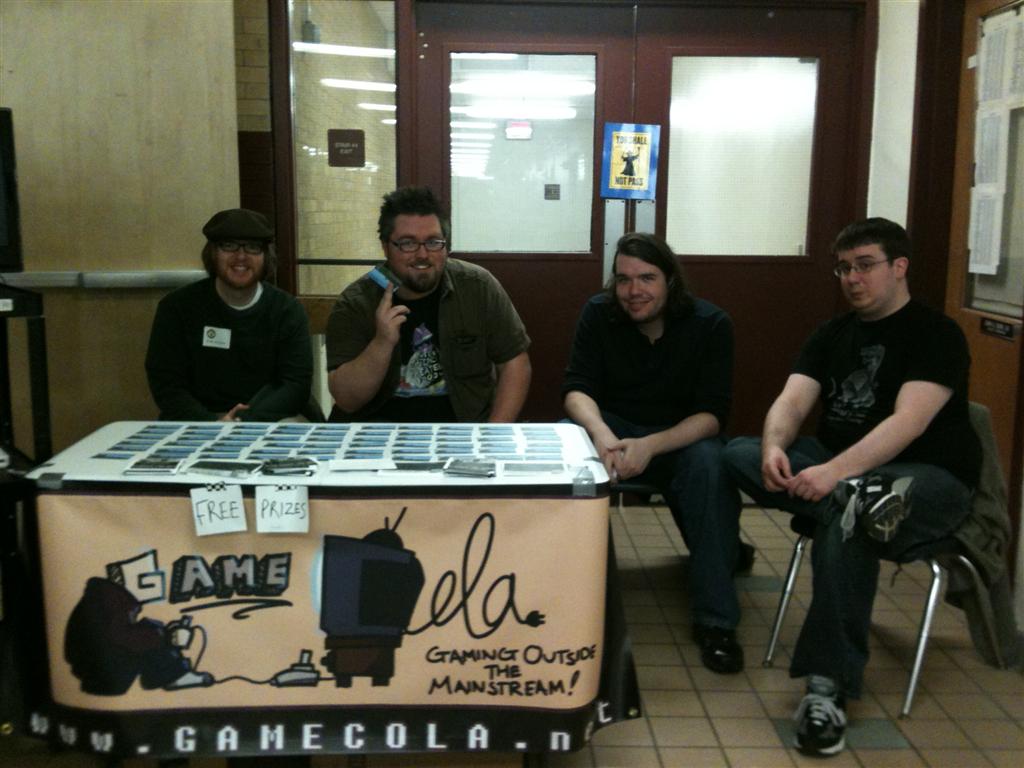 (From left to right: Paul Franzen, Christian Porter, Eric Regan, and Matt Gardner.)
It’s weird how every picture of the GC staff makes us look like total dorks.

We set up near the school’s men’s locker room, which both provided us with a variety of interesting smells throughout the day, and also allowed us to freak out one young couple who thought they’d discovered their own private make-out corner. Our table didn’t have anything to sell, like most of the other vendors at QCK; instead, we offered attendees a clever game of (un)skill. We laid out a series of GameCola business cards on our table, some of which had numbers on the back. If you picked up one with a number, you won an official GameCola Bag of Myysssssssstery!* (Originally, each number corresponded to a specific bag, but we quickly realized we could achieve the same effect by just pretending to rummage around for a specific bag, rather than actually doing it.) The idea was pure business card distribution; everyone who played our game necessarily had to take one of our cards (and then hopefully visit the site when they got home), if they wanted a chance at free crap. You can see the game in action here on Giant Hand Production’s YouTube channel.

We also set up a demo reel playing various clips from our own YouTube channel, like Stu Gipp’s adept playthrough of The Binding of Isaac (which caused a few people to think we were actually Team Meat), and my comic attempts to play through Adventures in the Magic Kingdom while suffering from the debilitating handicap of being the world’s worst gamer; and we handed out fliers to anyone who merely looked as though they’d ever heard of a “videogame.”

Highlights of the day included:

– Developing a series of coordinated hand gestures to describe what GameCola was to people who’d never heard of it (Matt made a circle representing the mainstream with his fingers, and then pointed away from it; Captain Eric covered his pitter-pattering heart with his hands).

– A teenage girl pointing and staring at Eric and, through fits of mad giggling, exclaiming “Oh. My. God.”, without any further explanation (although to be honest, I’m not sure any was needed).

– Playing Mega Man 3 with the Eleventh Doctor (who was cosplaying as Christian’s son Max). 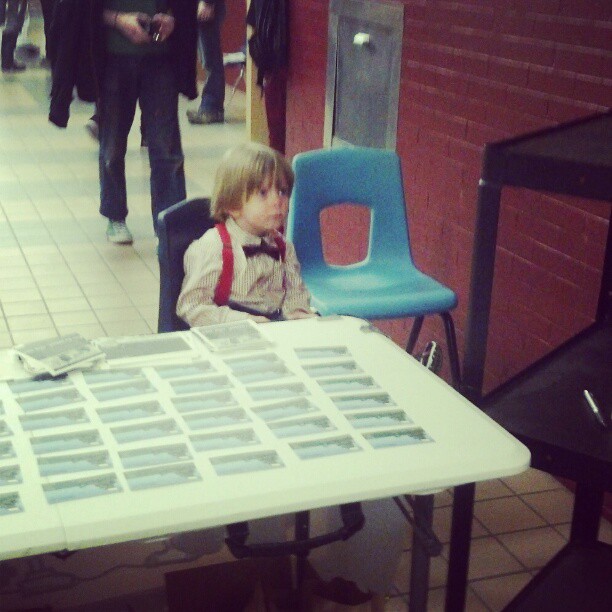 – Meeting two people who ACTUALLY KNEW WHO WE WERE within the first 15 minutes of the convention (one of whom was even dressed as Ethan Kairos from Time Hollow!). This gave us enough temporary hubris to actually start up a tally sheet, to help us keep track of all the GameCola fans who would surely be pouring in throughout the day. …Which unfortunately didn’t get past “two” until much later in the day, when we were…

– Hanging out with the very first OFFICIAL GAMECOLA SUPERFAN Julia (author of this touching letter), who stayed by our table for hours to help us attract more people. (She was a little better at it than we were; her playful calls of “I like your shirt!” were much more encouraging than our borderline angry shouts of “HEY YO WE HAVE FREE PRIZES HERE.”)

What makes her an “official” superfan? She got our very first GameCola Superfan Badge. 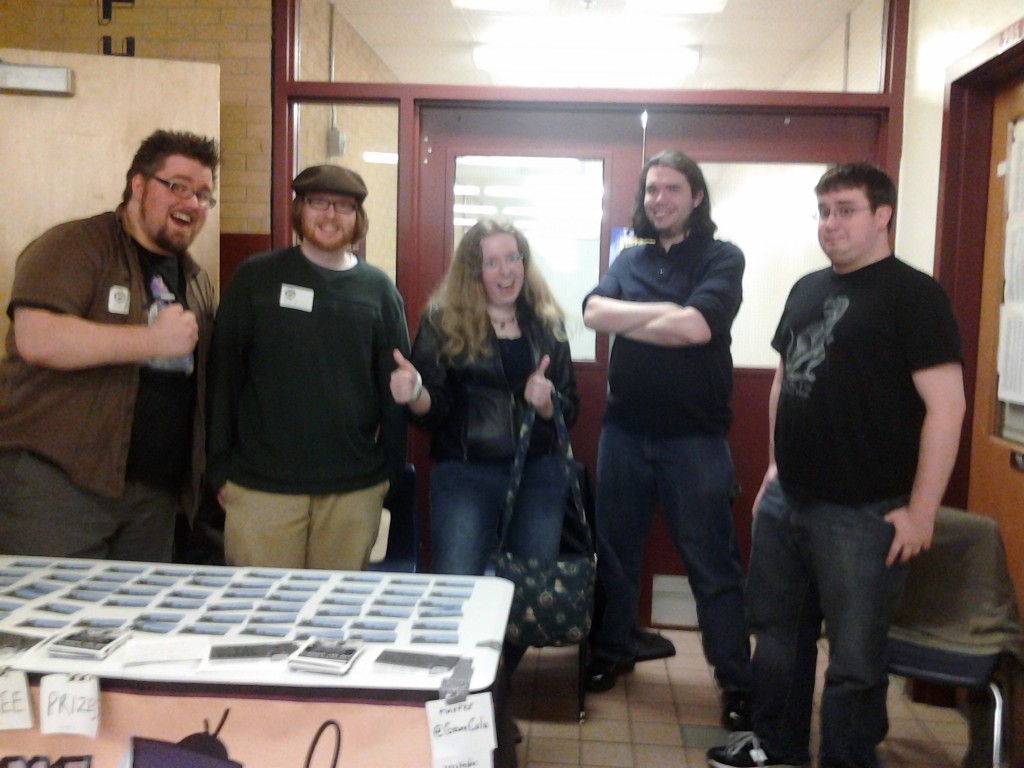 …which we forgot to take a picture of. Oops.

You might be wondering how you can get your own GameCola Superfan Badge, and that’s a great question! …I haven’t really thought that out yet. Come find us at a convention that also happens to have a pin-making booth; that seems to be your best bet. (Although if there is enough interest I will consider investing in some sort of pin-making device. Is it possible to set up a Kickstarter for eight bucks?)

– A girl dressed as a character from Animal Crossing, hovering nearby whenever anyone was playing our game, in hopes that she could then steal their business card and later build a small castle out of them. 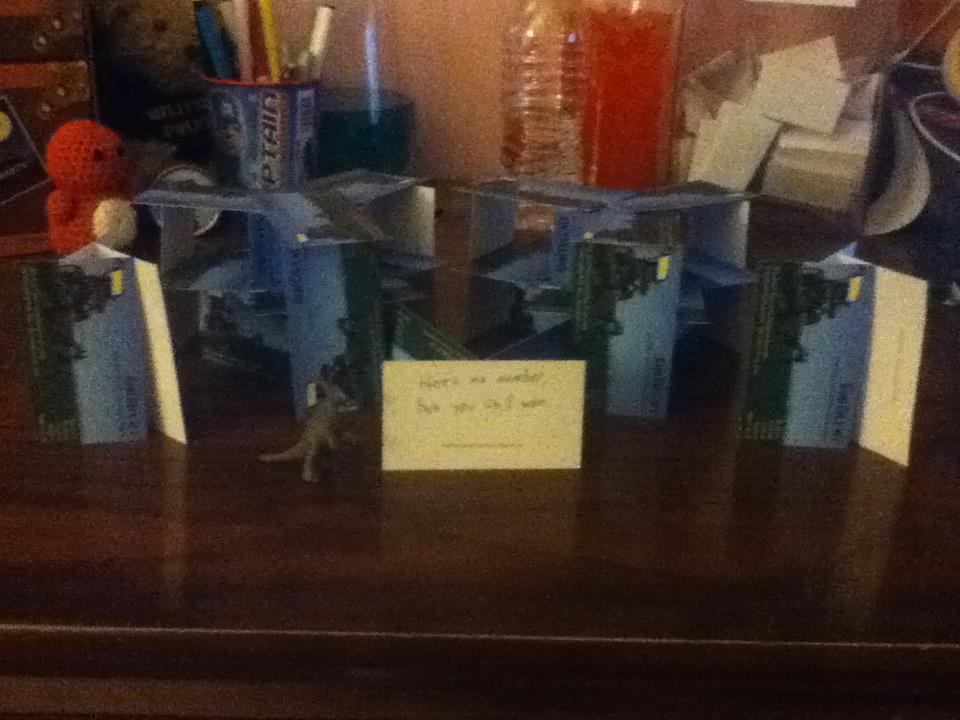 To quote Christian, “the iguanodon will live in the style that he so richly deserves.”

– That same girl playing the game herself and losing, then subsequently dragging all of her friends (and I think maybe just random people) over to play the game, who also all lost. We eventually gave in and offered her an official GameCola Bag of Pity, consisting of a bunch of fliers which literally had the word “pity” written on them, and also a single cookie.

– Matt using his thrall to lure unsuspecting young teenage girls to our table, which is exactly as creepy as it sounds, if not perhaps more so.

– The people who tried to play along with Nathaniel’s “Flash Flood” video, by waving their hands around in front of the Wii sensor we accidentally left out.

– Christian having to explain to like three different people what the hell the beetle-wrestling game on the TV was.

– Taking a detour to FunSpot the night before, and spending roughly 20 minutes playing a variety of classic, historical, and important arcade games, before devolving into frothing ticket-hounds and playing nothing but this game for an hour and a half. 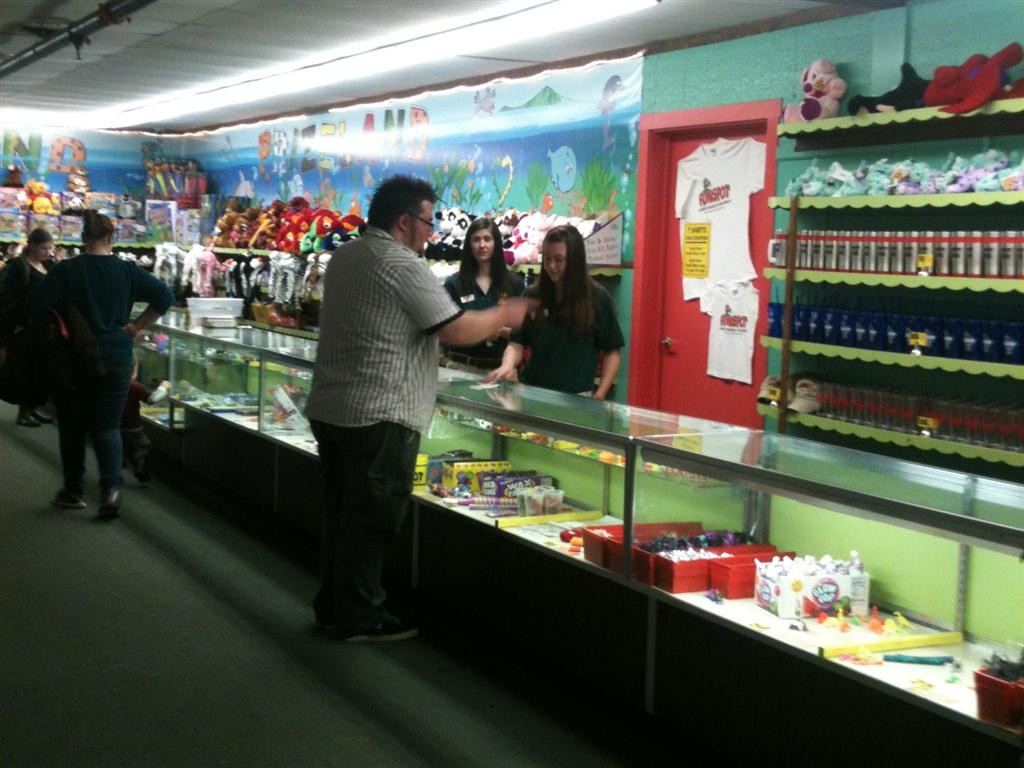 – Trying to figure out who ANYONE there was cosplaying as, and getting yelled at one time when we referred to someone as a “zombie,” when she was CLEARLY [obscure character] from [anime no one’s ever heard of].

– The time someone asked where Dance Central was, and I responded with “right here” before doing a little dance.

– Living off of nothing but Girl Scout cookies and Sunkist soda for half a day.

Lowlights included the school’s bathroom missing several very important doors, and also the number of times we almost killed Eric on the way up from Connecticut.

In all, connections were made; fliers and business cards were distributed; GameCola, the Actual Internet Website, was brought into the Actual Real World, for the first time (furry conventions excluded); and we all came out of it alive, if a little hoarse from talking about the site so much. A BIG-time thanks to Queen City Kamikaze for hosting us and squeezing us in at the last minute; next time I promise we’ll all try to make it to the taco-eating contest. 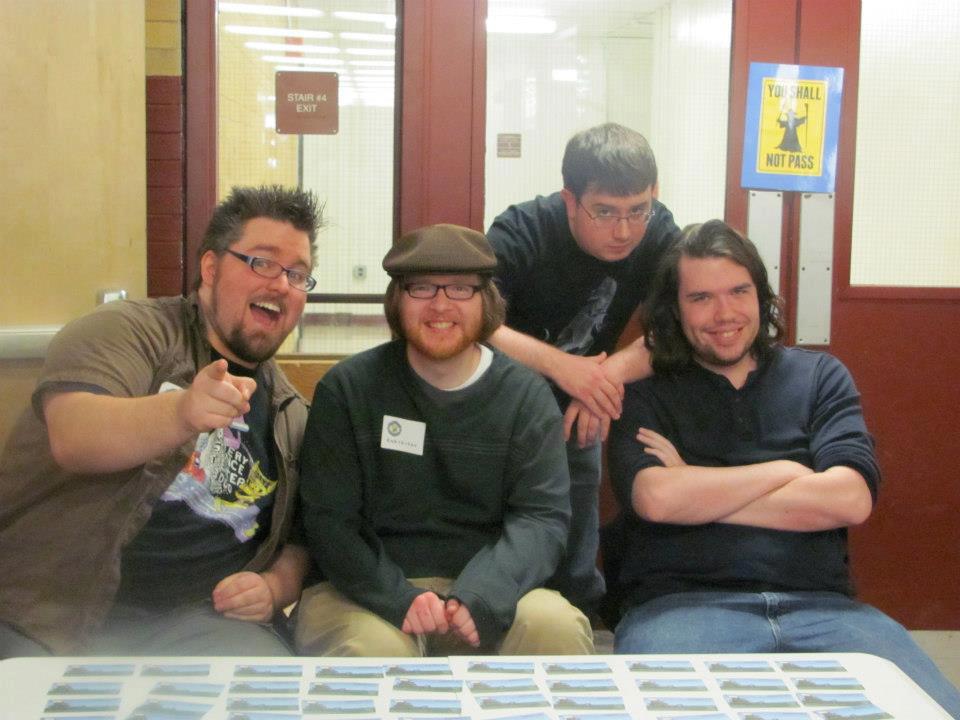 * The mystery is that it was mostly leftover swag from Christian’s trip to PAX East last year, along with various things from my office desk drawer. The person who got the bag of rubber bands was super stoked.

Another edition full of SEXY searches that led to GameCola! Not safe for work!