There exists an interesting package called Tekken Hybrid. It contains a full CG movie called Tekken: Blood Venegance, an HD re-release of Tekken Tag Tournament and a playable demo of Tekken Tag Tournament 2 which was in development at the time. But this “demo” isn’t quite that; it has trophies, and for all intents and purposes, is a game in itself.

I didn’t buy the Blu-ray disc for Prologue, though. The movie is what I came for, but we don’t often review movies here at ‘Cola.

Prologue is a stripped down version of Tekken Tag Tournament 2, with only four playable characters. Ling Xiaoyu, Alisa, Devil Jin and Kazuya. Why them? Prologue is influenced and shaped around the movie Blood Vengeance. It is treated as though it were a full game, although it is lacking many important features.

The main selection screen lists three choices. There’s Arcade, Model Viewer and Options. No Practice, or Survival, or Time Attack or Team Battle. This is probably because there’s only four characters to pick from, but the absence of the usual features is noticeable all the same.

The Model Viewer is just that, a strange inclusion that allows sweaty-palmed anxiety-driven wrecks to zoom in on Alisa’s cyborg thighs. 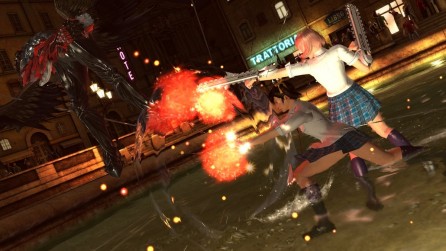 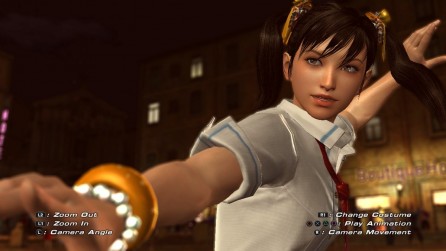 The fighting game-play is solid—and appears to be from quite late in Tekken Tag Tournament 2‘s development. Some of the little features, like holding R1 to begin a round as your partner, are not actually implemented yet. The replay at the end of each battle is different to that from the finished product. The soundtrack, environment and character models appear to be finished though.

My most frustrating discovery was the lack of a Command List, meaning that I had to go to the Internet to get some fighting advice.

The game can be played in two-player competitively, but there isn’t much staying power because this really is just a playable demo wrapped in the clothes of a full game. Besides, only having four players to mess around with is a real kick in the teeth when it comes to playing with a friend; I’ve always enjoyed picking random characters and just playing around with them to discover their moves, but with only four characters to pick from that’s exhausted rather quickly.

Do get Tekken Hybrid, but get it for the Blood Vengeance movie and the HD version of Tekken Tag Tournament. Only play Prologue if your insatiable appetite for collecting trophies knows no boundaries. 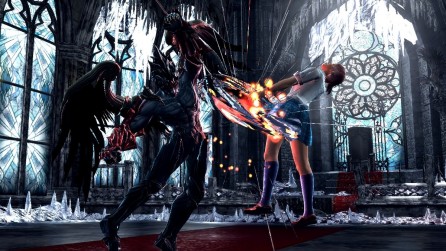 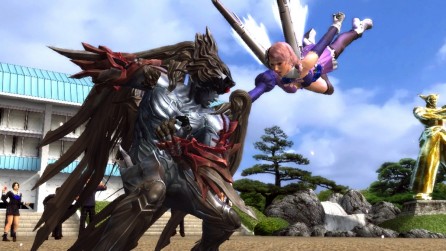