I generally keep busy enough editing articles and commanding podcasts that I pass review requests onto my slaves fellow staff members, but when this one came through, I decided to take a look at it myself. Besides, I imagine that part of my job as Paul’s replacement is to review point-and-click adventure games, right? And, this one in particular caught my attention. 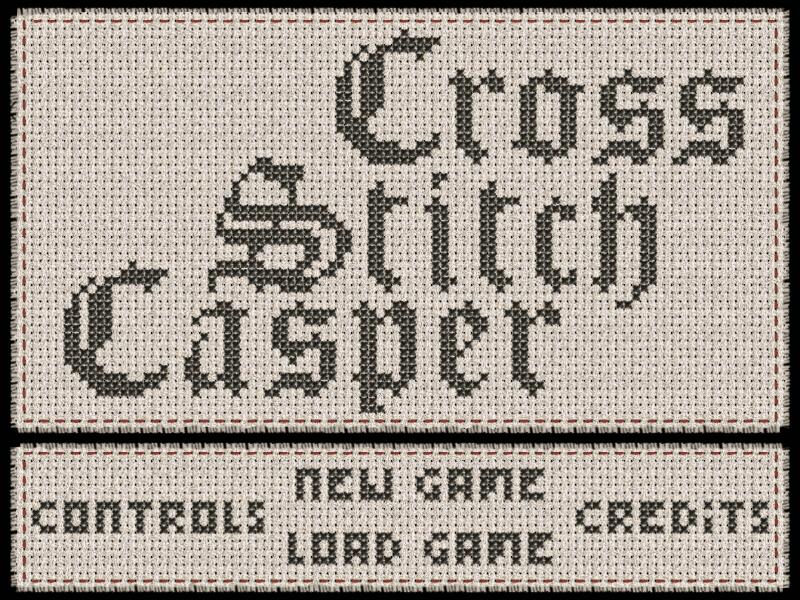 It’s not every day you see a game using cross–stitch instead of polygons. The developers limited themselves to two colors for Cross Stitch Casper, but they make good use of both of them. The graphics are clean and recognizable, and the cross-stitch theme fits the tone and setting of the game. I’m a fan of stylized game art like this, which reminds me that I should review LCD Dungeon System at some point.

Speaking of the theme, the story itself is pretty depressing. I don’t want to spoil anything, but it’s best to be in the mood for that kind of thing when you’re sitting down to play it. While I wasn’t expecting it, I was in the mood for that kind of thing when I opened the game up. I was intrigued from the beginning and the story kept me curious, pulling me into the little world of Casper and his family. When I say “little world,” I also mean that the game is somewhat short. It’s easily completed in one sitting. That said, I’d entirely suggest taking a half hour or so to play the game. It’s worth the small investment. Maybe “short” would be better stated as, “focused and to the point.”

The only complaint I could have about the game is that the characters move a little slowly at times, especially if you get confused about what to do next and spend a lot of time wandering around clicking on things. While there are no “use banana on cannonball” puzzles that require you to just randomly try all of your items on every object, some of the puzzles require a bit of creative thought or at least an inspection of all of your surroundings. I’d say that this in itself is a bonus and a sign of a well-designed game, although again, it’s slightly held back by the slow interface if you get confused.

A short review for a short game. I’d suggest checking out Cross Stitch Casper if you’re a fan of point-and-click adventures, are interested in stylized games, or just have a free half hour and want to feel depressed. Taking a look at their website, it looks like they’re in development of another game at the time of writing this review, and I’m definitely interested in seeing what else this developer can produce. Did I mention that the game is available for free on their site? The game is free on their site. Head on over and download it if you’re curious; just make sure you’re sitting down when you play it. 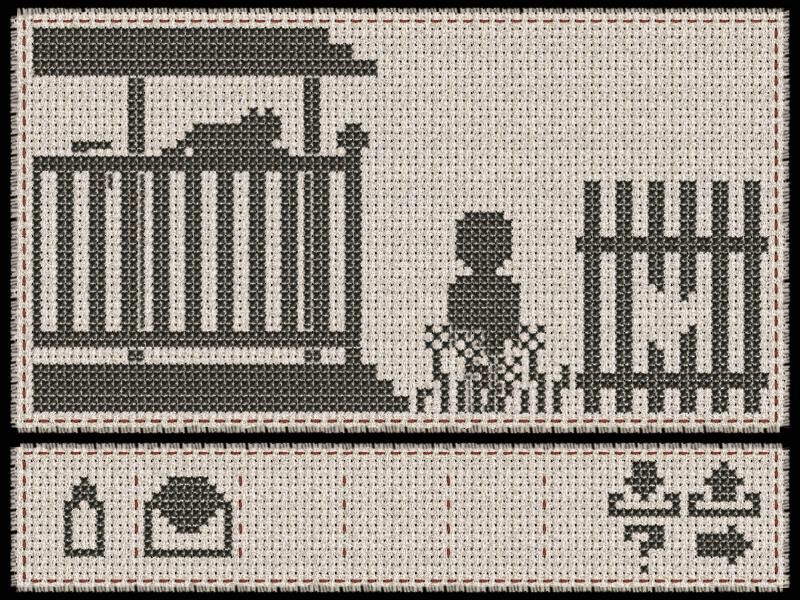 GC writers Steve Hamner and Eric Regan discuss whether EA is trustworthy, whether Nintendo is responsible for Wii-related injuries, whether DQ9 should be on the DS, and more.