Puzzle time, everyone! Take a look at the promotional picture for this game. 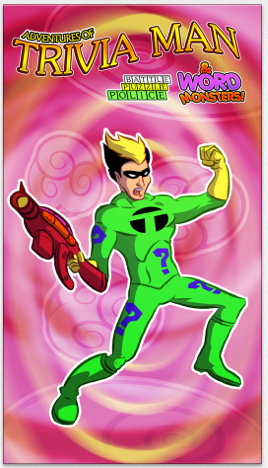 The correct answer is “C”. The Adventures of Trivia Man contains absolutely no trivia whatsoever, and no puzzles are involved when you Battle Puzzle Police & Word Monsters. False advertising, much?

The story of this game, which isn’t featured in the actual game itself, is that Trivia Man is trapped inside a Rubik’s Cube Parallel Universe, where he must battle monsters who play Sudoku. I’m not sure why Trivia Man sees Sudoku as a threat which must be eliminated, but I’m not going to argue with his unconventional puzzle-solving methods. 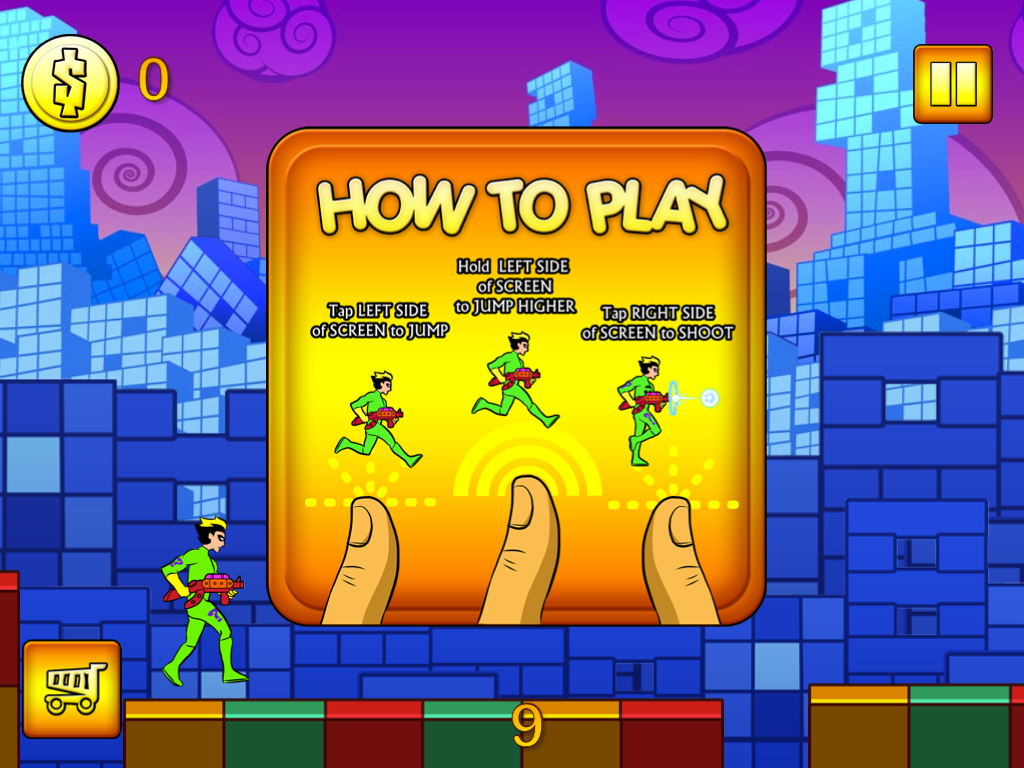 This game can only be played in multiplayer mode. You get pitted against your Facebook friends, or whoever else happens to be using the game at the moment, for a twenty-minute race. Whoever gets the farthest without dying wins! There’s no reward for winning a race.

Trivia Man runs along the top of various platforms in this game. Due to a glitch in the jumping mechanics, you can easily avoid the platforming challenges by doing triple-jumps and running in midair. See the above picture for an example of Trivia Man running a foot off of the ground.

Enemies only appear at the bottom of the screen, so you can easily jump along the top of the screen to avoid them. Shooting enemies doesn’t give you any points, so this is the smart way to get through the game. If you collect thousands of the coins that appear throughout the levels, you can buy new skins for your character. 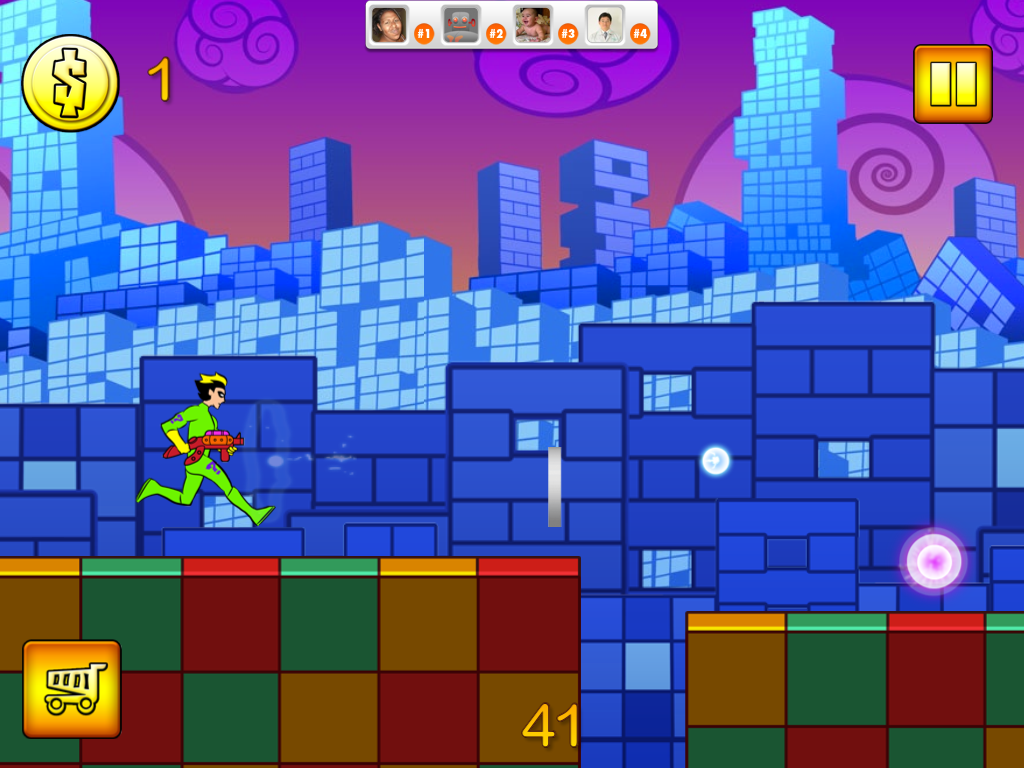 The game certainly is pretty, and the Facebook connectivity is a plus. The “you must have 200 coins to play a game” requirement is an obvious ploy to get people to make in-game purchases, which I’m not too fond of. Then again, the 200 coin limit doesn’t hit you until your fifth time playing the game, and it only took me two runs of the game to be thoroughly bored with it.

All in all, Trivia Man is an action game that offers very little in the way of challenges, even if you don’t use the glitches to skip everything. If they want to improve this game, I would suggest adding enemies that move around, instead of staying in place. A single-player mode would be nice, too. Still, the game is free, so I can’t complain too much about the fact that Trivia Man is more like Trivial Man.

The GameCola event you can't afford to miss! Unless you have something really important to do, in which case you can watch it on YouTube later.