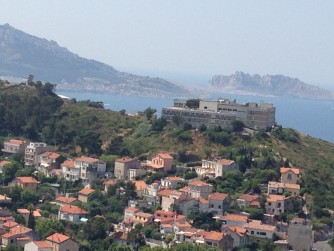 This summer, I had the pleasure of visiting the place where romantic dreams come true: The London Heathrow Airport. After that, I went to France. I stayed with a family that had been sending children back and forth with us for 3 generations, and it was my turn to face the music. It wasn’t a particularly videogame-centric experience, but I did manage to glean a few interesting bits of information.

Day 1: Upon arriving, I took a quick inventory of anything Videogame I could spot. A quick glance around told me that the family (consisting of two young adult girls and two young teenage boys and probably parents) owned a PS2, a Wii, and a PS3. I recall from another visit that the family also owned a GameCube once, but it was most likely sold in the three years between the two trips. The games they owned for these systems were also surprisingly unsurprising—a few I can rattle off are Saint’s Row 2 & 3, Mario Kart Wii, Shadow of the Colossus, Ratchet and Clank,  Just Cause 2, some form of Call of Duty, and Super Mario Galaxy. I didn’t find anything that seemed particularly French, PAL-ish, or, now that I think about it, that I didn’t recognize. Some game names were slightly translated, while others were left completely untouched in their English-ness.

Day 2: While going on what I like to call the “Skater Gang Mural Adventure” (which sadly has little to do with videogames and will therefore not be told at this time), we passed by a store that was holding a Mario Kart 64 tournament. The prize was a Nintendo 64. When asked if I wanted to participate, I declined as I wasn’t sure if a PAL 64 would suffer from region locks (like many home consoles do), and also I am not very good at Mario Kart, despite having grown up with the dang games. I  guess the thing to learn here is that video game tournaments also exist in France. In fact it would be interesting to look into competitive scenes in greater Europe and see if they have any differences with the banned characters/understood guidelines of the US.

Day Q: I noticed that the Wii Sensor Bar was different on the Wii of the French family I was staying with. It had slants down on the edges where the bar was, which made it look more like a trapezoid than the rectangle I’m accustomed too. Unfortunately, I haven’t been able to find a photo or even mention of this design online, which leads me to believe that it is most likely a 3rd party replacement and not something unique to France or Europe.

Day The Rest of ‘Em: At this point, I picked up Super Mario Galaxy and decided to run though it in French to see what, if anything, was different. After beating the main story of the game and reaching about 70-80 stars, here are some interesting things I found:

And there you have it: My fantastical journey to the land of the French. I guess, if nothing else, it was a good excuse to play Super Mario Galaxy again.

If you have any questions about France and video games, sound off in the comments!

Nintendo's press release kit for Metroid: Other M came with a bunch of large screenshots of the game. I mean, like, really large. Just click on the above logo to see what I mean. Of course, when you l