Ever seen Attack of the Clones? Remember that scene where Artoo uses his rocket boosters to soar across the droid factory and save Padmé from being entombed in molten metal? 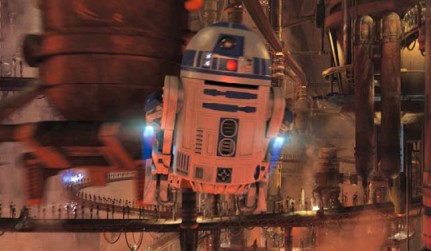 You all get a +1 morale bonus just for reading this.

Right, now imagine a game centered around that, except instead of Padmé you’re trying to save a succession of scantily-clad anime goddesses(or cute li’l kitties!) from apparently being cubified forever. Congratulations, you’ve got Uncraft Me!. 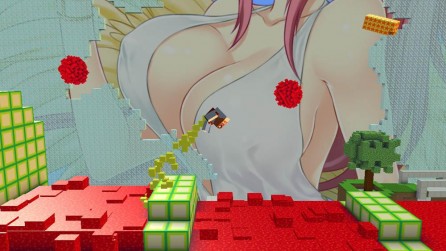 Uncraft Me! is simple enough. Your pixel-man flies on his pixelated jetpack around a pixelated world finding checkpoints and dodging lava, missiles, lasers, and sawblades while climbing to the rocket launcher which frees the decidedly un-pixelated goddesses from their filmy prison. It’s certainly well-done—the level design has had serious thought put into it, the gameplay and controls work well, and it rewards you nicely at the end of each stage with a full picture of the goddess you just saved.

It starts to suck you in a bit. You want to see all these goddesses rescued, and likely imagine what kind of reward your character is getting here. You begin to consider playing the game one-handed, but something stops you. Look, you need to concentrate a little harder now. Those saws are placed more and more strategically. It’s harder to get through all the lasers. You begin to want to dismantle the next model rocket you see. 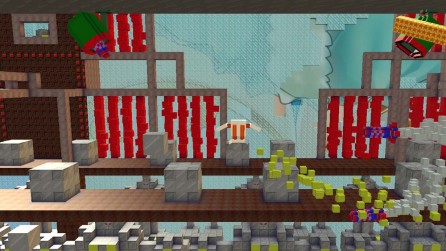 AGGGH DAMN YOU GET AWAY FROM MEEEEEEEEEE!

Overall, it’s a decent game. It’s entertaining and definitely challenging, at least until it becomes a goddamn Mensa exam in the later levels. If you’re a fan of repeatedly dying over and over again in an attempt to see some T&A, I heartily recommend this game, worth 80 Microsoft Points on Xbox Live. It’s pretty short, but if you’re anything like me, you’ll be able to stretch out the last couple of levels by crashing into rockets 50,000 times and ripping your hair out. Fun!