A Kirby game where he doesn’t “suck”, if you will…

One of my favorite puzzle game franchises of all time, Puyo Puyo, has been neglected outside of Japan. Its few releases in English speaking territories have been butchered to shit, and Kirby’s Ghost Trap really is no different. Gone are the series’ characters, music and themes in exchange for characters and content ripped out of the Kirby series. Hideously transplanted into the corpse of a once beautiful game, left to bleed out in the darkness, alone.

…is what I would be saying if Kirby’s Ghost Trap (or Avalanche if you’re fancy) wasn’t still a truly fascinating and well put together game. Even though all evidence of one game I once loved has been all but completely paved over, the game is still good enough to warrant a play whether you’re a fan of Puyo Puyo, Kirby, or neither.

Unless of course falling block puzzle games don’t interest you, in which case, go away. 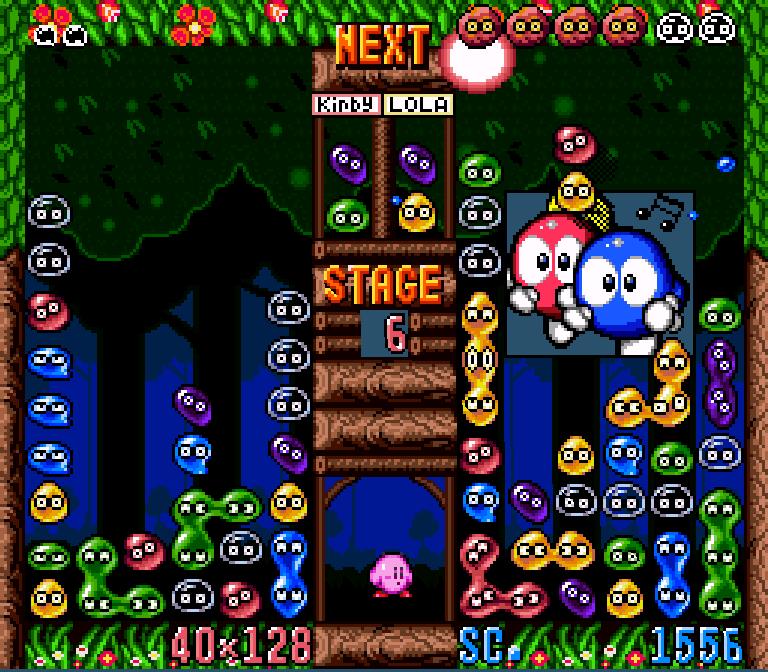 The goal in Ghost Trap is to combine four or more of a certain color together, like in that Ghost Puzzle game which I previously touched on. Displacing one group, and causing another one to fall on top of it, yada yada, you know already, right?

So let’s talk about what makes this Kirby instead of Puyo Puyo! Practically everything has been changed.

Besides one piece of music which remains intact, the entire soundtrack has been altered to include both new compositions and music tracks from earlier Kirby games. Despite the game containing a battle with Meta Knight, the soundtrack doesn’t include his familiar theme. What a let-down.

The characters were also changed. Kirby goes up against enemies mostly plucked out of Kirby’s Dreamland, including Lololo and Lalala who actually originate from the Adventures of Lolo series. Some characters from Kirby’s Adventure also feature, mostly bosses such as Paint Roller and Heavy Mole.

The game takes place in two locations: the Woods and the Fountain of Dreams. More could have been done; why not add Butter Building or Castle Lololo? Having only two locations definitely weighs the game down a little, but to be fair, it’s a carbon copy of Puyo Puyo. The original title only contained three locations. 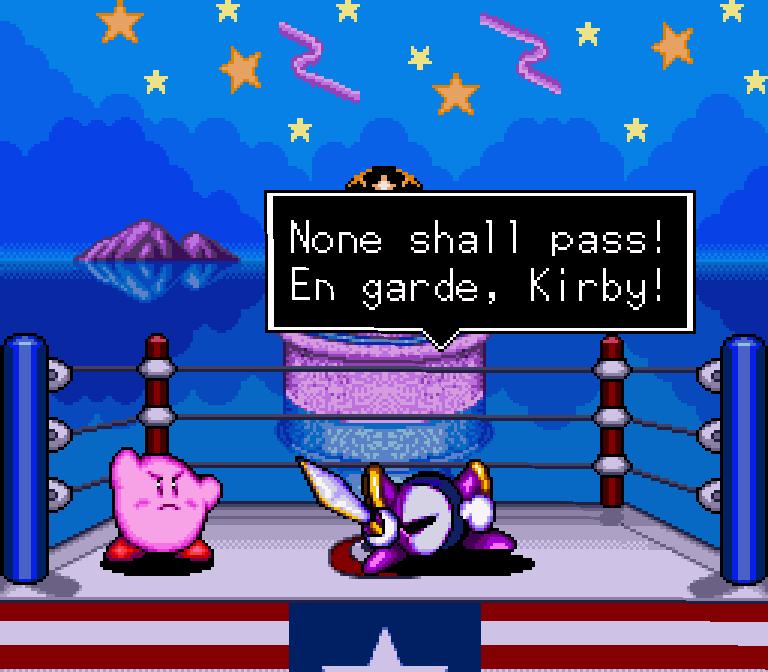 Mean Bean Machine calls every opponent “Dr.R”, just as Puyo Puyo calls every opponent “Enmy”. In Ghost Trap, each opponent has their own name in the VS. field box, which instantly shows that a little extra effort was put in. Granted it’s only a small touch, but like I said, I really appreciate that level of detail.

The experience is still solid, and nothing is really that jarring, so it’s ultimately just playing Puyo Puyo but with different content. I’d go as far as to insist that puzzle game players, especially those who collect for the Super Nintendo, should add this game to their collection. It’s one of those immediately accessible and charming games that you can plug in, fire up and play without any issues whatsoever. 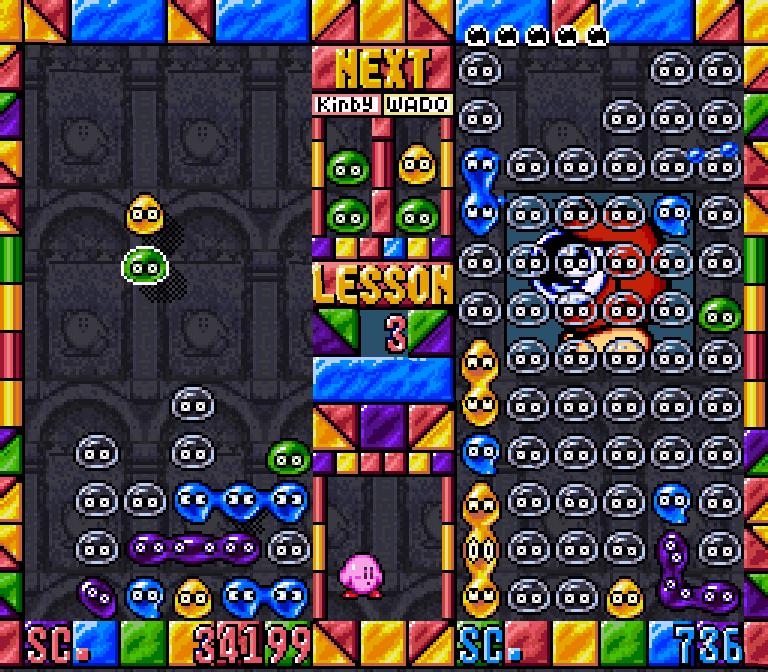 Will the fourth Professor Layton game EVER make it out of Japan?