I was told Blackguards was a traditional RPG. So I went into it expecting an RPG. And technically I got one. But the meaning of the phrase “Role-Playing Game” has become slightly twisted over the years. So while yes, this is a role-playing game in the technical sense of the words, it plays less like the RPGs of today than like a very traditional one: good ol’ Dungeons & Dragons. 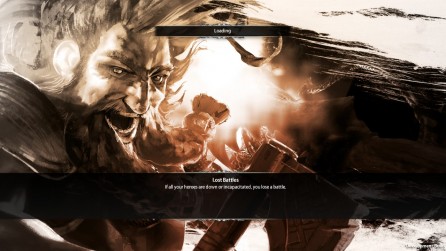 Frankly, Blackguards plays an awful lot like traditional D&D. I could’ve mistaken one for the other at times. Sadly, just because it is similar to one of the most beloved games in all of history, it doesn’t mean Blackguards is going to end up that way too. Did I like Blackguards? Well, yes. Would I play it again? Er. That’s the thing. I liked it, it’s a good game, but…I’m going to remove it from my Steam library now that I’m done with it. I don’t regret the time I spent on it, but I’d much rather play Fall of the Samurai or Hearts of Iron. If you’re a fan of turn-based tactical combat and dark stories, then yes, you should get Blackguards. If not, then it’s probably not going to change your mind.

(Note: Blackguards is apparently based heavily on tabletop role-playing game The Dark Eye, which is popular in Europe right now. I honestly played the game and wrote the review without knowing that.) 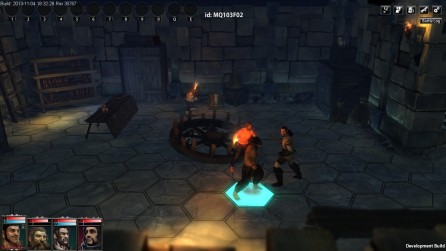 I would say that the main selling point of Blackguards is the combat system. And I have to admit, they did it right. In the style of D&D, who you attack and what with is still important, but so is where you’re standing, where your target is, what kind of cover they have, what your allies’ relative positions are and so forth. It looks so nice, and it could almost make me love it, but…

The menus. There’s so many menus, filled with plenty of arcane symbols and designs and what-have-you, but what it lacks is any good explanation. Short details pop up on the screen every time you do something new, but they aren’t very clear and there’s no explanation on how to see those explanations again once they go. I muddled my way through the first part of Blackguards in a complete fog, absolutely clueless as to how my inventory worked and what exactly each part of the combat menu was for. Eventually I was able to figure it out enough to have confidence in my Blackguard-ing, but I was pretty bitter over my early-game struggles. (I lost three times to wolves in battle! Wolves are supposed to be the easy enemies in RPGs!) 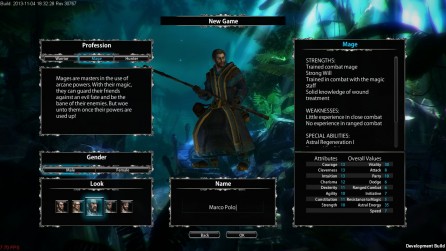 The lack of explanations could’ve killed this game for me, but the story salvaged it. Like I said, I went into this expecting a traditional RPG, and for the most sense, I got one. You can see the clichéd fantasy tropes in Blackguards, to be sure, but they’re so delightfully twisted and subverted the whole way through. It’s still a hell of a lot like the traditional video-RPG, but it does a skilful job of staying on the tried-and-true story course while deviating from it just enough to be fresh while not overly alien. The reason I didn’t stop playing in disgust and confusion after an hour or two was because I wanted to see where the story went. It isn’t enough to fully redeem the game in my mind, but it’s enough that I don’t regret playing it.

So I played Blackguards, and now I’m going to go back to playing games that aren’t Blackguards. I…don’t really have that much of an opinion on it, to be honest. I think it’s a bit overpriced, and that if you get it you should wait until the price drops. Frankly, I can neither recommend nor not-recommend this to you.

A review copy was provided to GameCola by the publisher

My friends, Rock Band 2 has done something horrible to me. It has performed an act so vile, so heart wrenching to me that I question if I'm even considered a human anymore. I don't know how it happene