The year is 2058, advances in networking and cyber prosthetic technology have changed the world, pollution and corruption are rampant, corporations enjoy their own autonomy as they exist unregulated and extraterritorial from the nations of the world, magic and ancient races have returned and—Wait, magic? 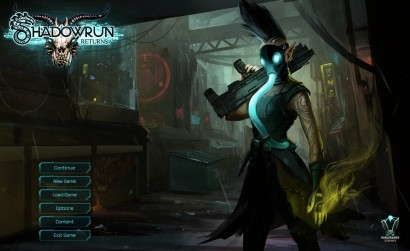 “Watch your back, shoot straight, conserve ammo, and never, ever, cut a deal with a dragon.”—Ancient ‘Runner Proverb

This is the future of Shadowrun, where technological advances happened alongside the return of magic and nonhuman sapients to the world. Dwarfs and elves first were born, followed by people metamorphosing into orks and trolls; all of this amid a technological boom and economic decline unlike what the world has seen before. Borders are redrawn, old nations reformed, and corporations become nations all their own. To avoid constant international incidents, corporations and nations alike hire Shadowrunners: Deniable assets which bite at even the lowest bids. It’s dangerous work, someone has to do it, and who better than down on their luck you? 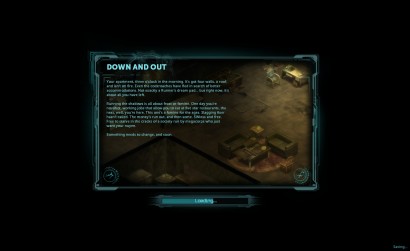 Many Shadowrunners start out as down on their luck people. They also kind of end that way too.

Shadowrun Returns is a bit of a pipe dream—based off of the Shadowrun pen-and-paper RPG, it was developed through Kickstarter and is among the most successful videogame Kickstarters ever. The RPG dates back all the way to the eighties and over the years changed hands as the companies hosting it went bankrupt. Two videogame adaptations and three companies later it fell back in the hands of the people that developed it during the game’s first edition and they wanted to do right by the fans that stood by all these years, and their own vision for a Shadowrun videogame. Shadowrun Returns is that attempt, and boy does it live up to expectations. 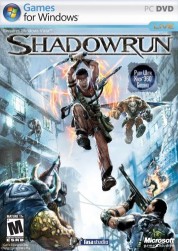 We don’t talk about this game. It didn’t exist.

The game is a tactical squad-based strategy shooter with heavy RPG elements, and character customization. Each character is allocated action points and you can switch between characters during your turn. You seek cover and position yourself strategically to counter the enemy. Magic, hacking, drone operation, sword, and gunplay all are viable methods of combat, and there’s plenty of out of combat material too. Whether you’re a social butterfly, brainiac, dumb meatshield, or something in between; this game makes you useful in a variety of situations. The only time you’re not useful is if there’s a hacker portion and you’re not a hacker. Then you had better pray you hired a competent decker. 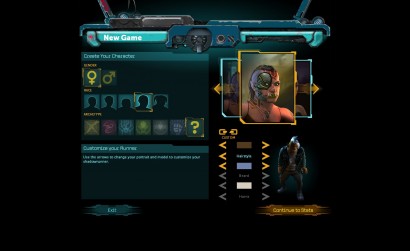 Character creation, not so robust but, it’s there.

The graphics are beautiful 2D backdrops with highly detailed 3D character models populating them, and reflect the dystopian nature of the world of the 2050’s. The sound is very crisp and well composed featuring tracks from older Shadowrun games, and original compositions meant to give off a techno or punk feel to the game. The controls are simple point click, with menu navigated conversations, and the combat mechanics are simple to grasp and take little effort to master. This enforces the mood of the setting, but the tracks can get repetitive—especially when you’ve heard the same droning and chiming all game long. The story is written like a campaign from the RPG and it’s full of Shadowrun lore references, both to the videogames and to the table top game. 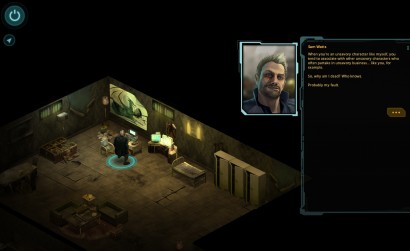 It all starts with a call from your dead buddy Sa—Wait, dead?

My only problem with the game is that it is incredibly linear, changes pieces of canon, and feels like it’s trying too hard to include all of Shadowrun‘s complex history in one campaign. You meet ancient elves, evil spirits, the servants of dragons, legendary hackers, corporate CEOs, and assist in toppling a major setting antagonist all in one story and it feels rather overwhelming. Maybe it’s me—I favor stories more open ended and on a smaller scale—but I feel like you’re dealing with elements most players would never get a chance to see and live to tell about. They also promised a hub area to select random missions as well as story missions, and we really didn’t get that. DLC is slated for a release, a campaign in Berlin no less, and while exciting I hope it includes features that were promised and not provided. 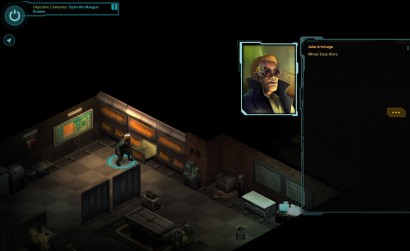 Yeah, it’s cool buddy, I sleep in morgue freezers all the time, too.

Would I recommend it? Ten thousand times I would recommend it! With room for user contributed content, and future campaigns promised, I really have high hopes for this game even this far after release. This is Shadowrun done mostly right! While lacking some key elements of the RPG it provides the right atmosphere, the right gameplay, and the right story to introduce you to the setting.