They betrayed you, and your father, and now you’re going to make them pay. The Old Man, a business partner who knows what’s coming for him. The Wise Girl, a friend who should’ve known better than to cross you. The Doctor, a technological genius who lacks compassion. The Old Soldier, a bloodthirsty man with no conscience, to whom anything was an acceptable loss. And finally the Boss, the man behind it all, the last link of this chain. And what will happen when you’ve finally done it? Will revenge complete you? 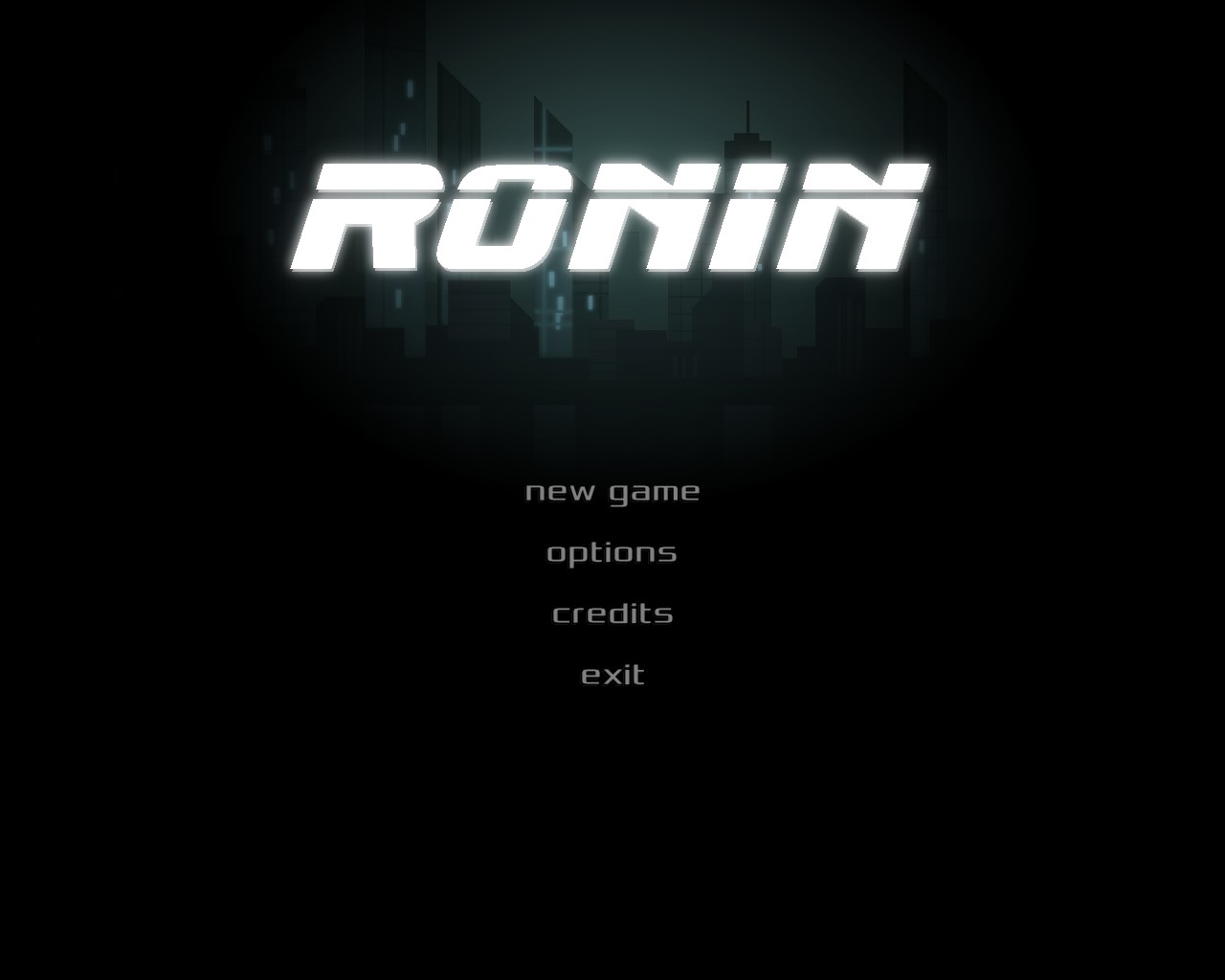 RONIN is an indie PC action game set in a vaguely futuristic world, where players take on the role of a vengeful woman seeking to murder five people who betrayed her father. Using angles and trajectory, you guide the heroine through fifteen levels each with their unique layouts and architecture. Stylish visuals and music frame the ensuing blood bath, and the minimalist story gives no room for moral quandaries. It feels almost like a work of Kurosawa or Leone, drawing from Jidaigeki and Spaghetti Westerns to create a brilliant atmosphere. It’s really intense and rewarding, even if a little lacking in polish and fine tuning. 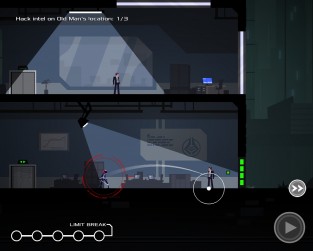 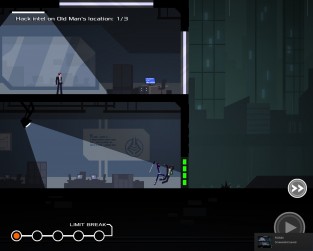 Plot the arc…and go for the kill!

RONIN is an action game disguising itself as a stealth game. When out of combat, you walk with WASD; when in combat, you use the mouse to angle your jumps to avoid enemy gunfire. One hit and you’re done for! You need to clear rooms quickly, killing all who see you, otherwise alarms are raised and your life becomes more difficult. There are five chapters each with three levels—the first two revolve around hitting certain locations, with the third being the boss fight. You’re not necessarily prepared for the boss fight by these early levels, and the bosses themselves are sometimes full of surprises. Bonus objectives that are the same for each level, and a New Game Plus (adding randomized guard spawns with different attack patterns) round out the extra content of the game. There’s something satisfying about painting a room red, and RONIN delivers that. 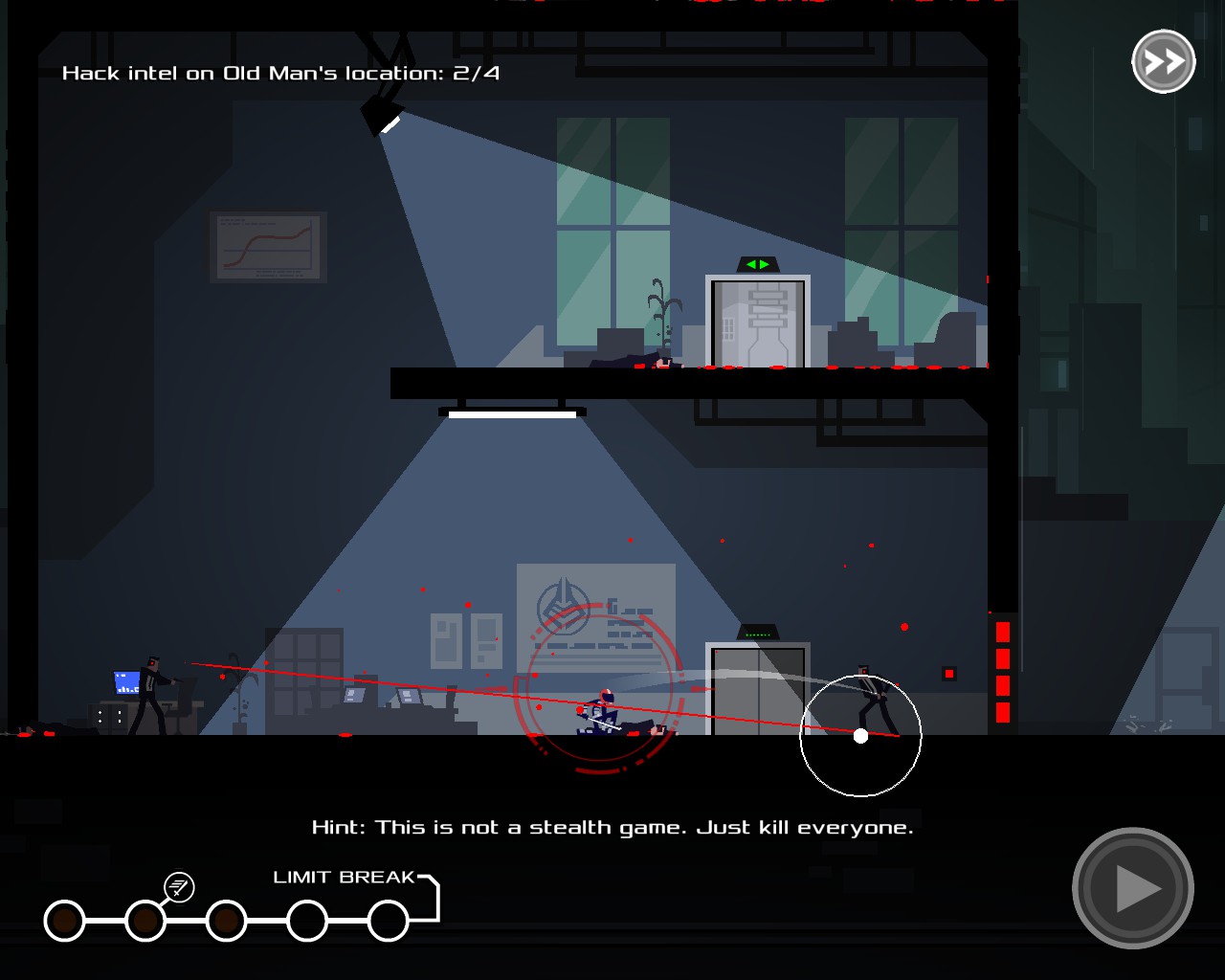 Guards have a line of sight directing their attacks. But they won’t after you KILL THEM.

The game appeals to certain artistic leanings while failing others entirely. RONIN features vibrantly-colored characters against dull backdrops, with a stylistic minimalism to them. The music is calm yet ominous until combat occurs, and turns into electronic music that almost makes you want to time your attacks to the beat. The story aims for emotional yet minimalist, depicting a woman dedicated only to revenge. In all, there’s this artistic minimalism applied to the whole of the game, which feels fitting for the Jidaigeki and Spaghetti Westerns that it emulates so well. 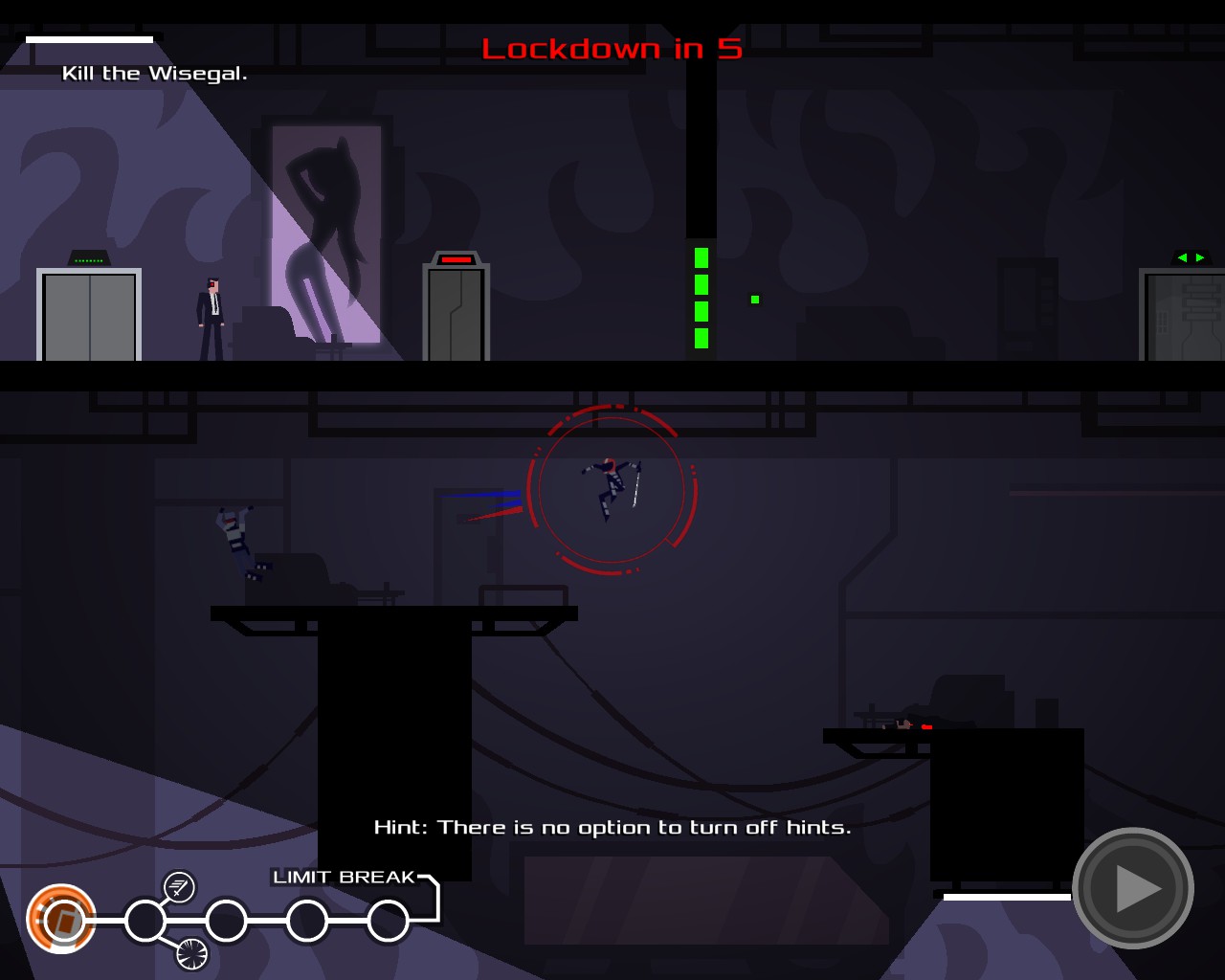 However, RONIN is present with its own set of flaws. The artistic minimalism is perhaps the most obvious; everything is so plain and lacking. The music is in-your-face and ever-present, but the visuals and the story leave something to be desired. We know very little of what exactly happened to the protagonist’s father, who he was or even who she is, and what the five antagonists did to betray the man. Some aspects of the game are rather obtuse as well, with certain functions of the game never being made apparent until after you need them. There are several glitches, too, and some are easily reproducible (I made one occur three times in a row on one level, and could’ve easily continued if I didn’t change my course of action). Length is another problem—it took me less than twelve hours to 100% it, and the only replay value is if you found certain levels fun enough to play them ad infinitum. Nothing gets to be perfect, and RONIN is far from it. 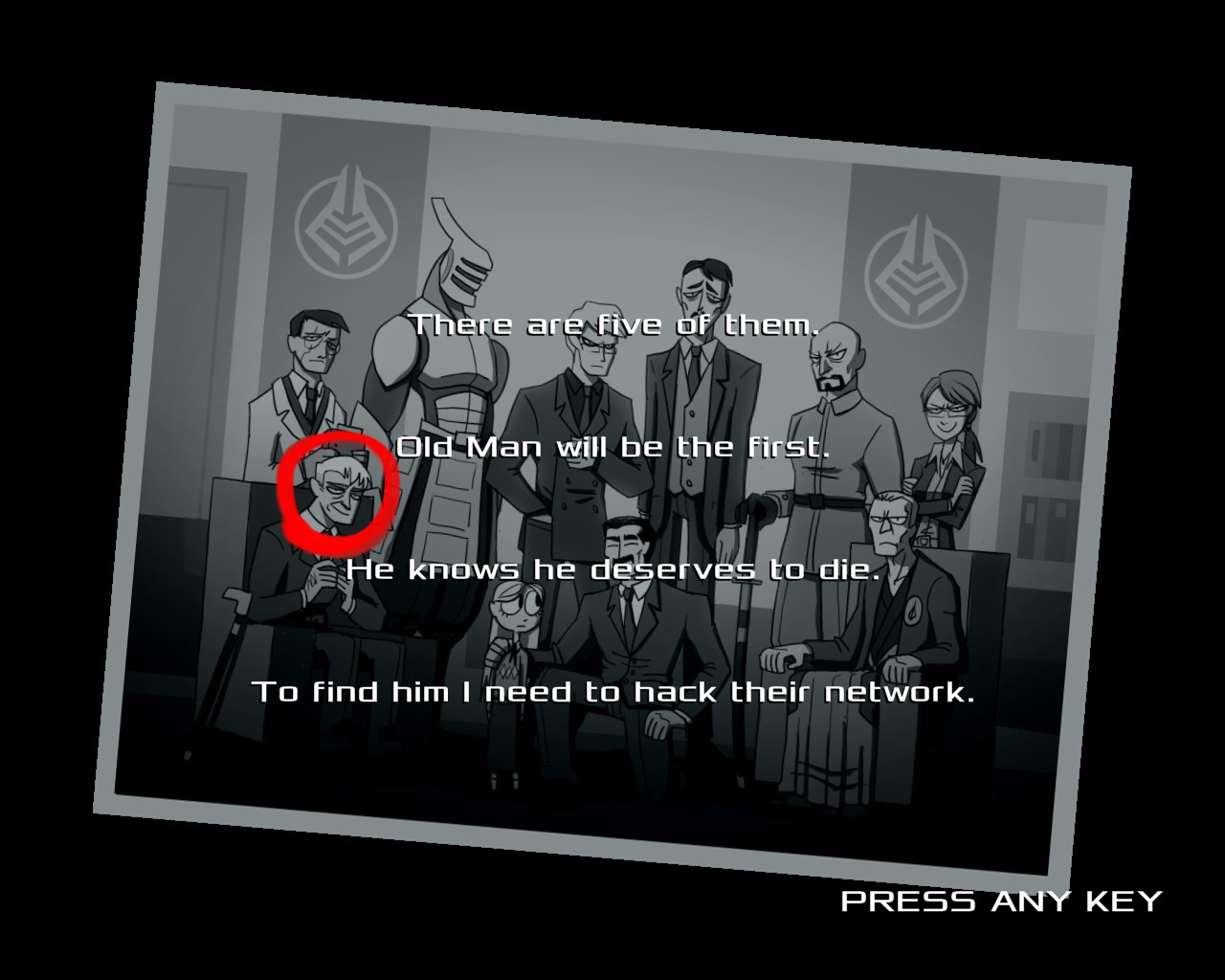 The story is delivered through text over this photograph.

With all this said, do I recommend the game? Yes, it’s a short action game that pretends it’s a stealth game. The female protagonist exists in a story arc usually reserved for a male character, and she’s wearing practical attire at that. Even with the flaws, this game is an enjoyable experience, and I’d say even spend money on it! Just don’t expect it to be a narrative-heavy, graphical powerhouse.

To my faithful or not-so-faithful readers of the past few months, I have only one thing to say: "Free games suck!"  That is the realization I have come to over the past month, having searched for a d