For those of you who didn’t listen to GameCola’s podcast about Phoenix Wright 5, here’s a summary:

I can’t believe we talked about boring things like the game, instead of talking about the super-interesting thing everyone wants to know: WHICH PHOENIX WRIGHT CHARACTERS END UP DATING EACH OTHER?

The game doesn’t confirm any relationships besides Apollo/Jacket, so let’s turn to fanfiction! Hopefully, the shippers have come up with nice, sensible relationships for our favorite characters to… 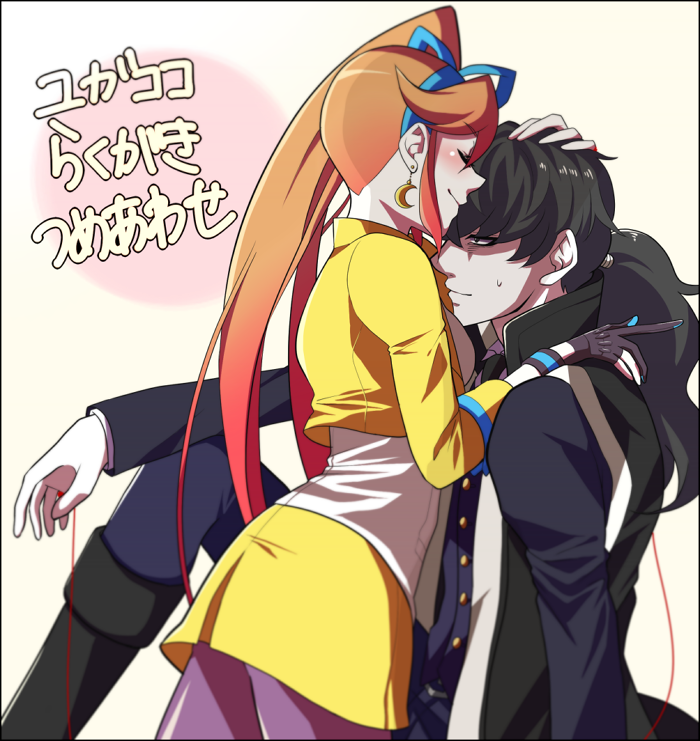 Uh oh.  I have a bad feeling about this. 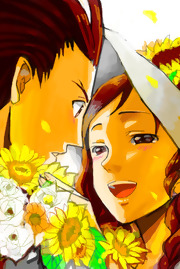 Today is the day! Juniper Woods is finally going to confess her love for Apollo Justice! She’s made cookies to help soften him up, but when she arrives at the law offices, Athena stops her. Athena thinks Apollo isn’t ready to date anyone right now, and the two girls argue about it.

Athena wins the argument, so Juniper doesn’t ask Apollo out. WHAT? No romance happens at all in this story?! 0 out of 10!!!

Okay, fine. It’s a cute story, even if our heroine doesn’t admit her feelings to the man of her dreams. And not having romance is a huge plot twist in the land of fanfiction, so points for that.

“I meant with Apollo,” Athena said. Juniper blushed. “Look I know about your feelings.”

“It’s all over your face Junie!” Athena said. “You want to confess today don’t you?” 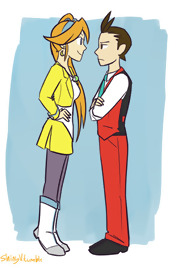 Apollo Justice likes Athena Cykes, but he doesn’t know it yet. He gets extremely jealous when Athena’s newest defendant is a handsome man, and Phoenix Wright immediately identifies Apollo’s feelings as true love.

Phoenix Wright is an expert at forging evidence, so he writes a fake love note in Apollo’s handwriting. Athena confronts Apollo about it, and when he denies it, she uses Widget on him. He turns the tables on her by using his bracelet powers, and the two of them realize that they have hidden feelings for each other. They kiss twice before bring interrupted.

Not a bad story, and it makes clever use of Apollo and Athena’s respective powers. But why is Phoenix so intent on tricking his partners into dating each other? If the plan backfires, it would make things really awkward at the law offices.

Apollo moved his face closer to the stuttering teenager, which caused her body to shake more. “I’m not going to say them cause you’ll get nothing out of me. I don’t like you and that’s fina-”

But soon her discussion was cut short when a pair of soft lips crossed hers. It took her a moment to come to senses that Apollo had just kissed her.

“Gotcha.” He teased. He ran his fingers though her long red hair.

“…Damn it.” She cussed. “F-Fine, I confess as well. I sometimes feel a little jealous when I see you and Junie so close together.” Two weeks after the end of the game, Simon Blackquill attends a New Years Eve party at the Wright Anything Agency. He notes that Athena is drinking champagne, and he reflects upon his life as he openly stares at her. He hopes that the new year will bring good changes in his life.

“Good changes” presumably means “hot romance”, because I can guess what’s going to happen between Athena and Blackquill in the upcoming chapters.

Every chapter takes place in a different month, so we can watch the relationship between the two lawyers progress as they celebrate holidays like Valentine’s Day and  White Day. The story is unfinished, and the author appears to have some overarching storylines in mind, involving other prosecutors.

“I am going to hang up now, Athena; I need to go to work. And I’m going to throw out those chocolates.”

“WHAT?! I WORKED SO HARD ON THOSE! AND DON’T YOU DARE HANG UP! I’M NOT DONE YELLING YET—”

Simon is NOT Amused 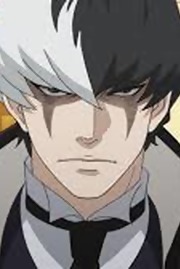 The story begins with a nice, slice-of-life section at the Wright Anything Agency. Blackquill arrives to thank Athena for what she did during the final case of the game, and we get to see all the characters having fun together.

Afterwards, Blackquill turns on his computer and goes to Cleverbot.com. The rest of the story is an IM conversation between Blackquill and Cleverbot, with occasional interjections. Seriously, look at the story. Three-fourths of it is a Cleverbot transcript, copy/pasted from a Blackquill roleplaying session.

I guess you could compliment the author for staying in character while roleplaying, but I’m just sad that the story started with a promising opening, only to end with a chatroom sequence.

User: Surely you jest. Nobody changes topics like that except a half witted dim poor excuse for a human.

Cleverbot: How do you say ‘have a nice day’ in spanish?

Cleverbot: Is it Friday yet?

And the Top of the Heap goes to…

It was a tough decision, considering that the only guideline was “not the Cleverbot story”. So we decided to discount De Novo for being unfinished, and we rejected Cookie for not having more than one cookie. Seriously, Juniper made a whole batch of cookies, but she only gives one cookie to her crush. We here at GameCola prefer multiple cookies to a singular cookie.

So clearly, Forging Evidence wins! And it’s not a pity prize for being the only Apollo/Athena story in existence, because there are, like, two others.

In the end, the fans have spoken, and they want multiple romances for our heroes, rather than one set pairing. I should note that the most prolific pairing is Athena/Simon Blackquill, but 70% of them were written by the same person…you guessed it, Mr. Cleverbot. It’s probably not indicative of the popularity of the pair. 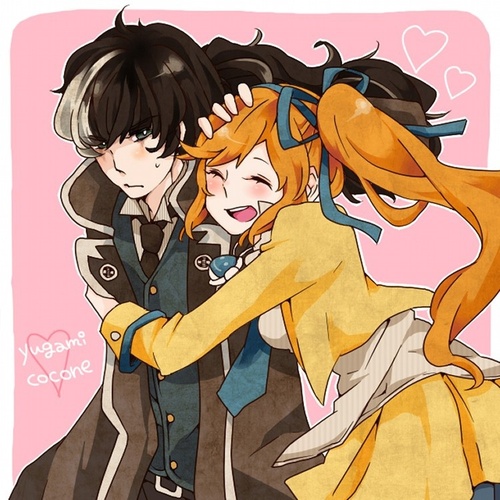