I’ve mentioned a few times that I’m currently a college student, especially in my last article. I got to thinking, this has given me some more freedom to play different games. Most of my life has been a series of girly PC games, a couple Wii games, and a bunch of Game Boy Advance and DS games that were probably as girly as the PC games. It wasn’t until high school that I started really looking for new games to play—games like the original Legend of Zelda and the Super Mario games. Four years later I find myself doing this again. I’ve tried out adventure games, point-and-click adventures, and, my favorite, casual/hidden object games. These are all so much more accessible because I am a PC gamer. The only consoles I’ve owned were the Wii and several incarnations of handheld Nintendo consoles, the newest of which being a seven-year-old decaying DS Lite. Sorry, I went off on a backstory tangent—back to the college aspect of this article!

Now that I’m in a different state, I can see what’s different here from what’s different in my home state of Ohio. Yeah, it’s really not that different at all. The one noticeable difference (game-wise) is the fact that my school has several gaming consoles: One PS3, two Xbox 360s, and one Wii. In addition to that they have two pinball machines, two of those gun games where you shoot bucks, another where you shoot robots, some kind of golf game, and a Pac-Man/Galaga arcade game. I have had the awesome opportunity to play pinball, something I haven’t done in years. Not to brag or anything, but I’m awesome at it. 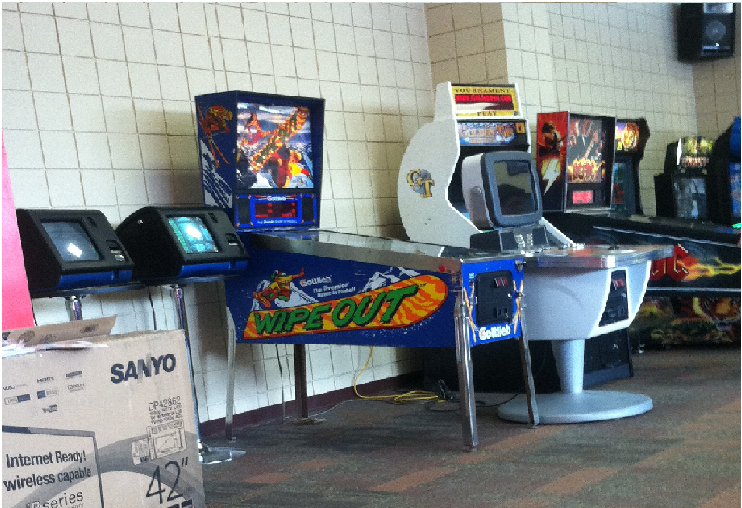 Another awesome aspect of this place is the school’s gamers guild. In addition to videogames, there are also card games, board games, and Dungeons & Dragons. I have actually been learning how to play D&D, so I might actually know what I’m doing if there ever happens to be another RPG podcast. A new door of gaming has been opened for me because of college, and that’s pretty awesome.

Between not having to pay for any of the games in the game room (sweet!) and the fact that I’ve made a friend who also wants to learn how to play D&D along with me (friends are nice), this whole college gaming thing pretty cool. I didn’t really think this would be something I would be doing in college, but now that I’m here and am able to try different games, I’m really excited. I’ve never been one for shooters, so maybe now I’ll try some out and like them. Who knows?