After six months of anger and rage quitting, I have finally finished this game. It took a good amount of time, but it is finished; I am done, goodbye. *Insert crazed laughter here.* 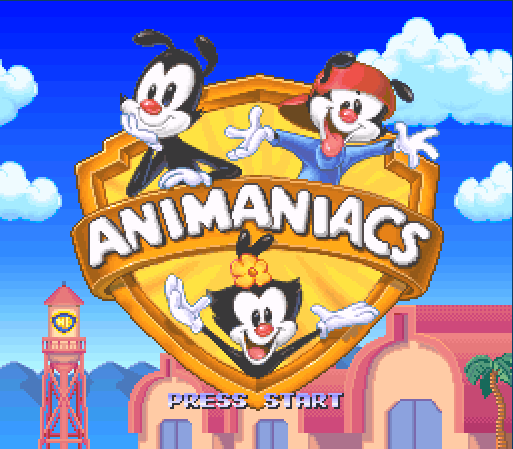 So, being the super Animaniacs nerd that I am, I felt the need to look for this game. You can imagine my excitement when I found it and started to play it. The joy was short lived as it turned into multiple rage quits, swearing, and angry tweets. I did not hate the game per se, I just had the worst time of trying to get past the stages (side-note: I suck at playing videogames—love ’em, but I’m not good at them). Although I can’t exactly say the game is bad, I can’t say it’s amazing either. Good, but not amazing.

The story behind it is that Pinky and the Brain have come up with a new plot to take over the world: MAKING A MOVIE AND GETTING RICH! What could be more ingenious than that? The duo head to the Warner Brothers’ lot to steal scripts. Fortunately, the Warner sibs are on the case after being called on by the studio CEO. The three have to go around the lot and visit different sound stages to gather up the scripts and in the end go to the editing room to fight Pinky and the Brain. You do this all while avoiding the random crap that comes at you each stage…and Ralph, who didn’t get the memo that the kids were allowed out of their tower. 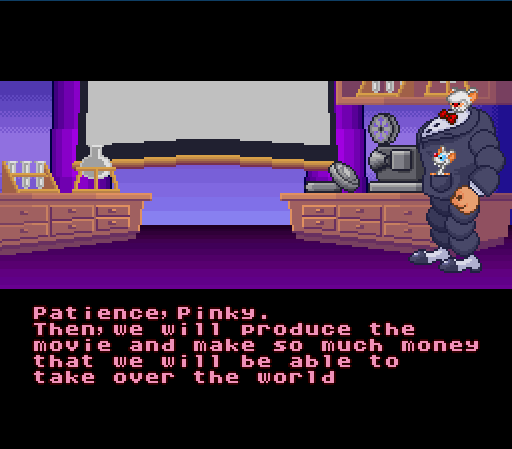 And, we wonder why their other plans never work with clever disguises like this…

Have you ever played one of those games where you have to play it a million times just to get past the stage? If not, maybe try this one. Some stages have patterns that you need to know to get past, and you have to die at least once to figure it out. Another reason to go through stages again is the scripts. The scripts you are supposed to find are hidden throughout the stages, making you explore (or cheat and use a walkthrough) to find them all. Only when you’ve completed the stage and have found all of the scripts can you face the end boss challenge. It gets a little frustrating after a while (if you’re an impatient and lazy gamer as I tend to be) when you go through a stage a great many times in order to finally get through, only to be told you need to go back and do it again to find something. That’s the fun of games, right? Right?

Although it is extremely infuriating, the game is still fun. It has a lot of references to the original show in it. The references I speak of come from a few of the episodes like “King Yakko”, or one of the Rita and Runt segments involving a gorilla (I have seen every episode—do not doubt my memory). Another funny little moment is when Hello Nurse walks past. If you’re playing as Dot, Yakko and Wakko will walk over and start drooling over the risque blonde. One more thing, if you sit there too long and do nothing, they’ll do a dance. “Wiggle wiggle wiggle wiggle“. 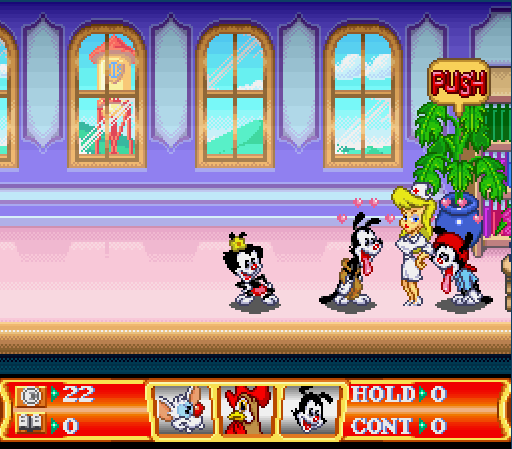 At the bottom of the screen there is roulette type of, for lack of a better word, thing that uses the coins you collect to spin. The roulette will give you a continue, all three Warners, or absolutely nothing depending on what it lands on. If you get three of a kind you get a continue (unless you get Hello Nurse, then you get limited invincibility), if you get Yakko, Wakko, and Dot (in that order) you get the three of them (if you’ve died with two of them already), and if you get three of either Pinky, the Brain, or Ralph you get absolutely nothing. A sad noise plays and then nothing. I’d expect it to take away a life, but whatever. This roulette pities you if you are really bad at the game. I once had about 20 or so continues because it was being so nice to me.

All in all, it is a good game. Despite how much I’ve sweared at it and complained, I really do love it. It might just be the fangirl in me speaking, but I doubt it. It made it to the top of GameCola’s Best Games of 1994 list, so other people must agree with me! The end is satisfying and something you would expect from the three trouble makers. I won’t spoil it here, but if you want to see it without playing the game, it’s right here. Well, that’s it for me. Farewell, and “g’night everybody!” 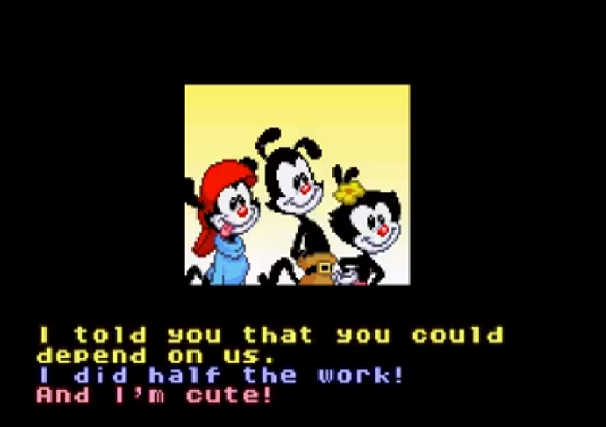 One of the few days of the year without some sort of long-celebrated holiday...in this universe, at least.