Over the years, I’ve had the opportunity to do a respectable amount of international traveling. At the time of this article, I’ve left the United States six times, traveling to such exotic places as Mexico, France, Switzerland, Liechtenstein, Austria, Germany, Italy, Croatia, Slovenia, Spain, Morocco, Poland, the Czech Republic, and South Carolina. I’ve been abroad at different times in my life with different groups of people, but there’s been one constant: I’ve always had a videogame along with me.

Except for the hour I spent in Tijuana, having walked across the border from California with my family. Way to make my sweeping generalizations into falsehoods, Mexico. 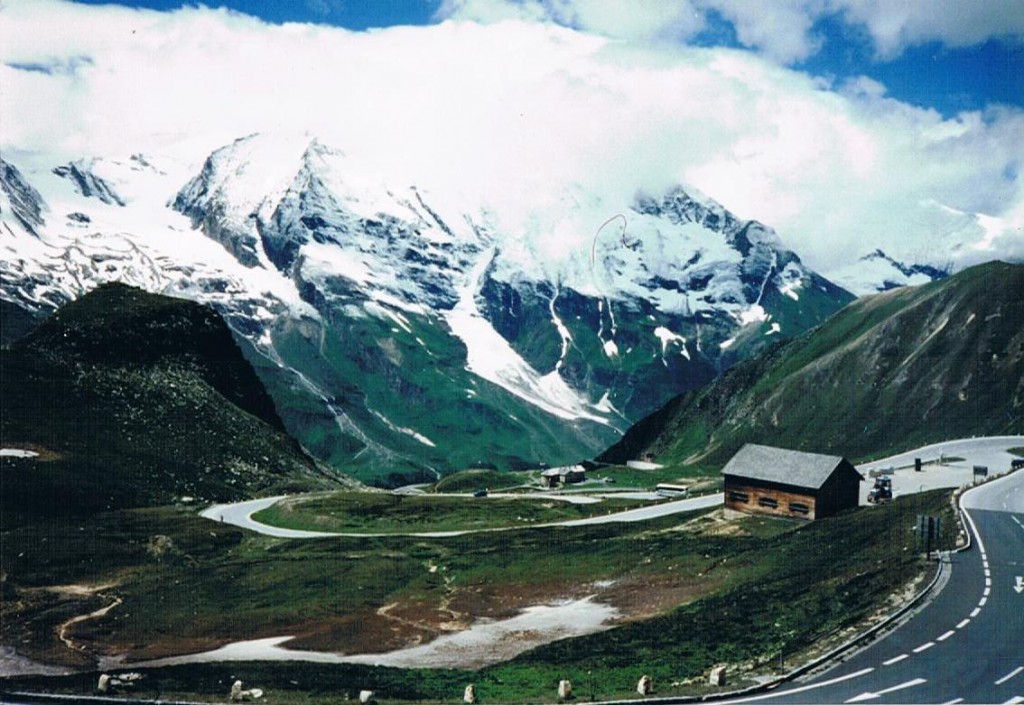 The view outside our tour bus.

My first true international travel experience was with People to People, an organization dedicated to sending students around the world to play Metroid II: Return of Samus on long bus rides between countries. As our bus driver skillfully threw us around impossibly narrow curves along the Swiss Alps at speeds normally reserved for F-Zero races, I was taking turns with my seatmate to see how far we could get with Samus Aran. I mean, with Samus Aran’s second adventure for the original Game Boy. What had started as a quick glance over his shoulder to see what he was playing quickly turned into a full-blown race to see which one of us could finish the game first.

The view inside our tour bus.

Speedrunning a Metroid game? Why, this was my first real exposure to the series (having only dabbled briefly in two other installments at friends’ houses) and already I was doing it right. Despite him having a head start, I managed to make it to the ending first…and I was having so much fun that I decided to play through it again, this time getting the best ending and being surprised that there was a best ending. I was hooked, and I vowed to get my hands on a Metroid game of my own when I returned back to the States. It took a little time, but I landed a copy of the spectacular Super Metroid, which cemented the series as my second-favorite of all time, right behind those Mega Meh-Whatever games you’re tired of hearing about.

Speaking of which, I had the opportunity to swap my copy of Mega Man II for another student’s copy of Mega Man III at our week-long homestay in Austria. In-between marveling at the breathtaking scenery and playing basketball with international students who had liberal interpretations of the game’s rules, I had some time for videogames; foolishly, I turned this student down on his offer, thinking it too risky to give away a game I knew I enjoyed in exchange for one I hadn’t yet formed an opinion on. I proceeded to kick myself for nearly a decade after I discovered that every FuncoLand, GameStop, and Electronics Boutique had a zillion copies of MMII and precisely zero copies of MMIII. The lesson here, kids, should be to say yes to the offers of foreign strangers, but now that I own the whole Game Boy series, it turns out I like MMII better anyhow. 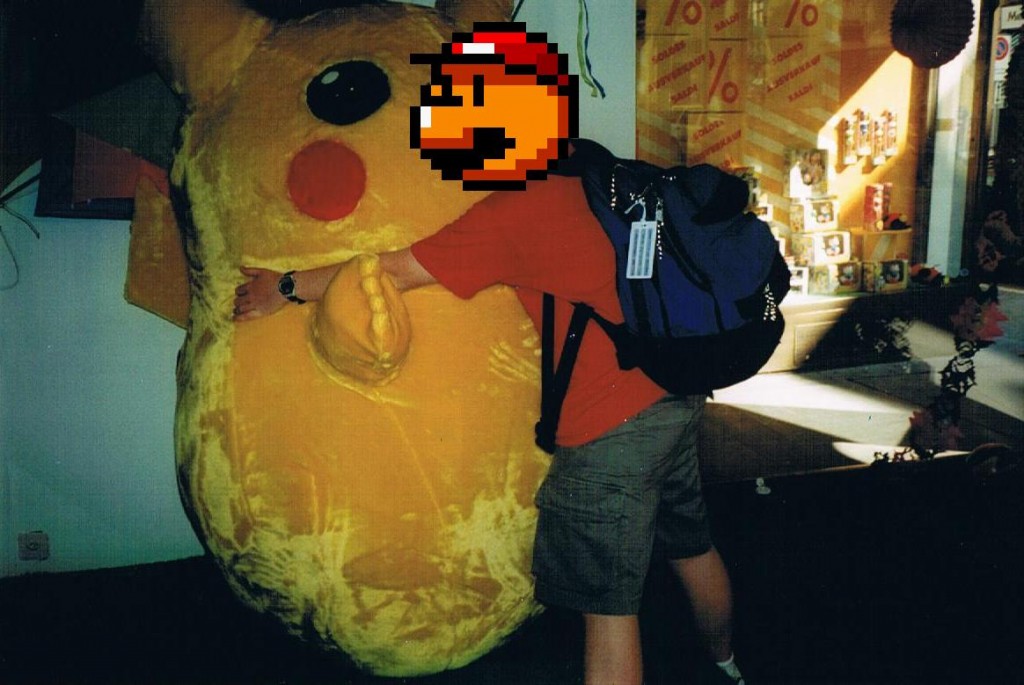 Saw this in a toy store in Switzerland. This photo has not been altered in any way to protect the identity of my friend.

When I studied abroad in Spain for a semester in college, I brought along my trusty Game Boy Advance SP—the single greatest portable system currently available, in my estimation, thanks to its long battery life, comfortable controls, backlighting, and compact design—and a laptop with a few of my favorites installed: Worms: Armageddon, Star Wars: Jedi Knight II, and Master of Orion II, to name a few. Replay value is key when you’re on a long trip, both to minimize the number of different games you need to pack and to ensure you don’t run out of things to play halfway to Madrid, forcing you to resort to looking out the window at all the culture and history. While everyone else I knew was going out to bars, going out to different bars, or watching terrible Spanish game shows resembling those Mario Party minigames where you lose for making an arbitrary decision, I was often found using the Force to push Stormtroopers off of buildings and researching genetic enhancements for my industrious race of bug-people. This was my first real exposure to living abroad, and already I was doing it wrong.

I think this screenshot sums up my social situation accurately.

Around the middle of my stay in Granada, catastrophe struck: my laptop crashed, and when I rebooted, my Windows taskbar was nowhere to be found. I am nothing if not a problem-solver, however, and I devised a workaround: CTRL-ALT-DEL to bring up the Task Manager, from which I could run all of my programs once I divined their filepaths. A broken computer is no obstacle for a guy with a hankering to fly exploding sheep into a pile of worms.

During that same time, my then-girlfriend/now-wife was playing through Chrono Trigger for the first time back in the States. Being the loving, nerdy boyfriend I was, I began replaying the game on an emulator to help me write a comprehensive and mostly spoiler-free walkthrough for her. The Internet was already saturated with guides at that point, but I wanted to give her something personalized to help her along. I’d go down to the local Internet café and e-mail her updates as I had them, sometimes filling in whole sections from memory when she started getting ahead of where I was in the game. The final product is 44 pages, bears section titles such as “I, Robo” and “I Am a Frog of Constant Sorrow”, concludes with “I love you! Beat up the bad guy!”, and contains such advice as:

And, of course, no trip abroad is complete without graffiti—Lara and Yuna were seen in Spain, and tiny Mario is from Poland: 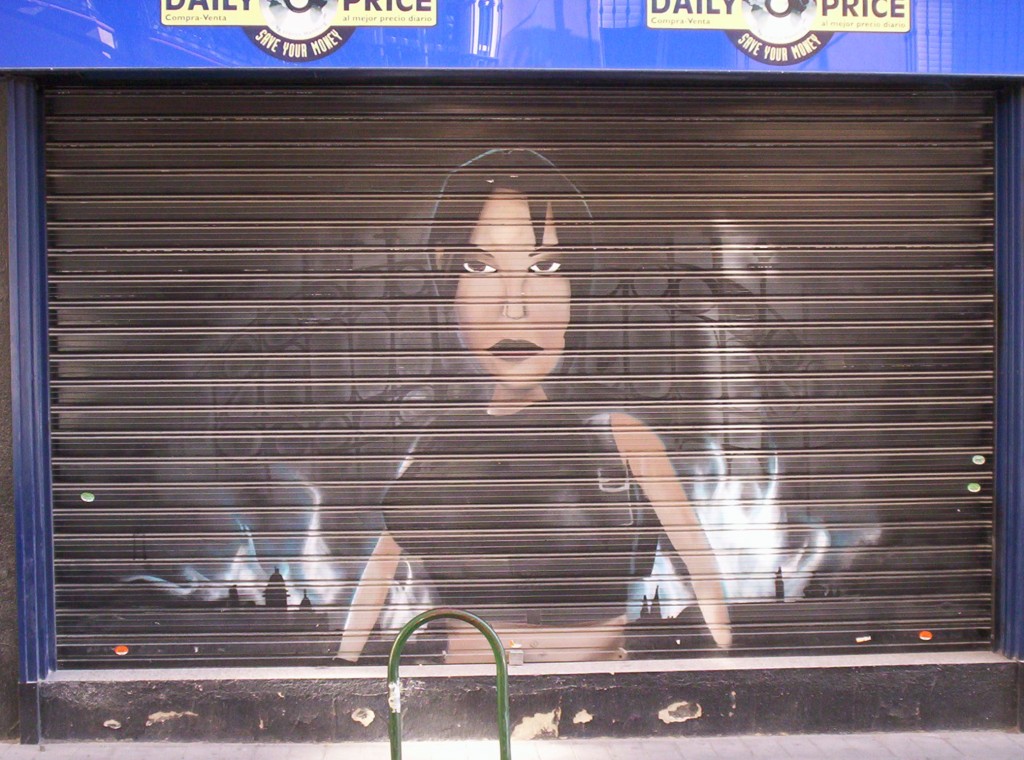 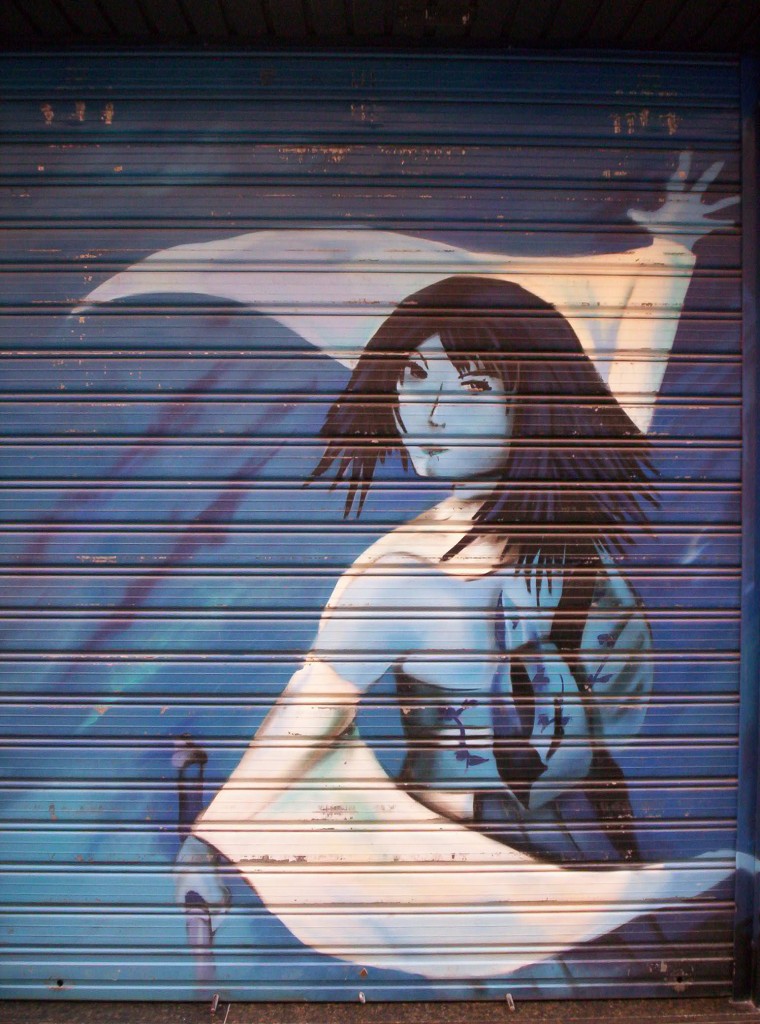 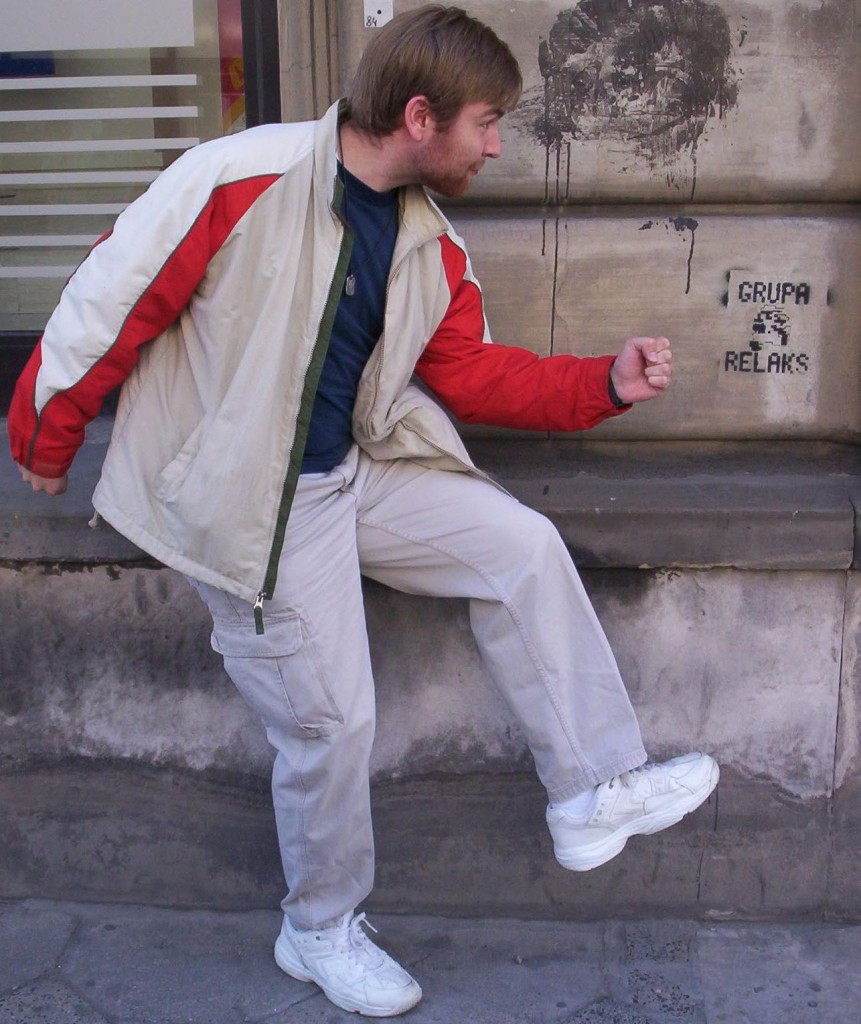 In conclusion, I want this Super Mario Bros. 3/Super Mario World poster I saw in a (closed) videogame shop in Vienna: 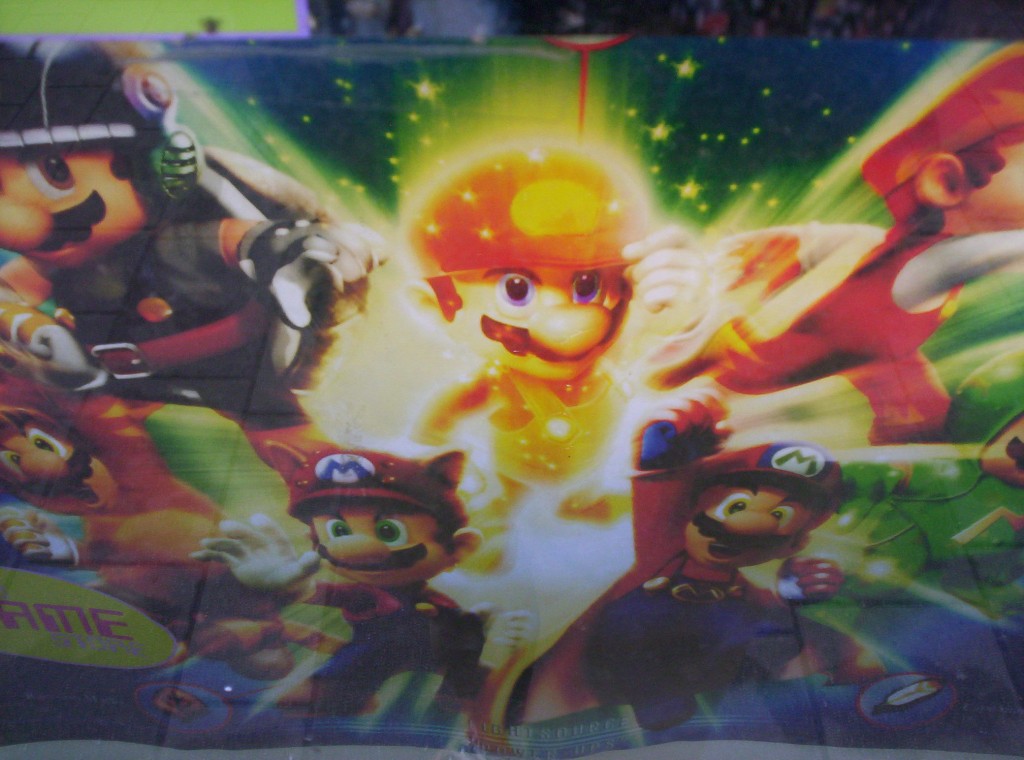 On a whim comprised of boredom with a dash of purpose, I was leafing through GameCola files that have been on my computer since, roughly speaking, the Paleozoic era. During this whim, I discovered...a ...