It has taken me three months, but I have finally beaten Garfield Tycoon for iOS. That’s the game with ridiculously long waiting times between levels. In fact, the waiting times are so bad, you probably cannot beat it under a month.

How bad are the waiting times? Well, they go up by about 62% every level. That doesn’t sound bad, when you start Level 1 with a one-minute timer. It ends up sounding horrible when you realize the timer would be 46,368 minutes (around 32 days) on Level 25.

The good news is that the programmers eventually realized the waiting times in the game are ridiculous. At Level 15, they changed it so the timer only goes up 16 minutes each time. It’s a good effort, but it’s not enough, because that’s also the point where you are forced to tackle the 2-star levels. Naturally, those take twice as long to build. 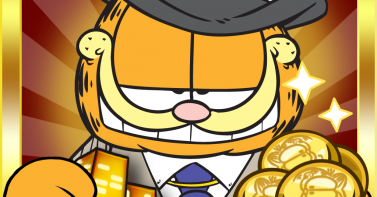 Overall, I’d still complain that it takes a humongous amount of time to beat the game, and it’s probably not worth it since the gameplay is so limited.

As a final note, I was surprised to find out that the game has 81 levels in total. This makes no sense whatsoever, because there is an achievement for getting to Level 100. Don’t you love it when games have achievements that are literally impossible to achieve? Thanks, Garfield Tycoon, for deliberately lying to the achievements center.

I don't have anything to discuss this month that would take a paragraph or two to write out, so instead I'll be employing a writing style I've seen used on other sites, one commonly referred to as "di ...