I’ve never had the best luck with publicity. Only maybe 10 of the over 100 emails I sent out about Pizzarian actually got any sort of response, and only two or three reviewers actually downloaded the review copy I sent them. I did eventually get two or three articles published about my game (oddly enough, none of whom had downloaded my review copy), but I got more hits and purchases from a random post on a Turkish gaming forum than I ever did from any of the previews or reviews that I got.

That said, I haven’t completely given up on my games. In between posts about my latest game development adventures, I’ll occasionally remind people on Twitter and Tumblr that I have games that are available for purchase. And, I also participate in Desura‘s monthly Cheap End sale!

Let me take a moment to explain the Cheap End sale. The original concept was that, on the last weekend of every month starting in May, games that were on sale would be ranked by popularity. The top 30 games were shown on the front page, and you would see some pretty good competition! Developers got a deal by getting free press, and gamers got a deal as competition pushed prices lower and lower. It seemed like a great idea, and it was a way for me to potentially remind people that my games did, in fact, still exist months after release.

Which is why I was disappointed when the announcement for the second Cheap End sale in June was literally sent out on July 3rd. You know—after the sale was over. It’s continued somewhat haphazardly like that, with the announcement being sent out maybe the day before it begins, and without a well-defined start time. The sale doesn’t necessarily always start on a Friday and end on the following Monday, either, as September’s sale started on Saturday some time around 8pm EST and went until, uh, Wednesday.

The number of games shown was also reduced to 15, and competition has risen to the point that most games at the top are 100% off. If I wanted to get any press at all, I had to come up with a plan! I thought up with two slightly different schemes to reach the top, and set up different sales for Pizzarian and Star Runner. The Pizzarian one didn’t work out as planned due to the weird scheduling of the sale—but, the Star Runner sale… 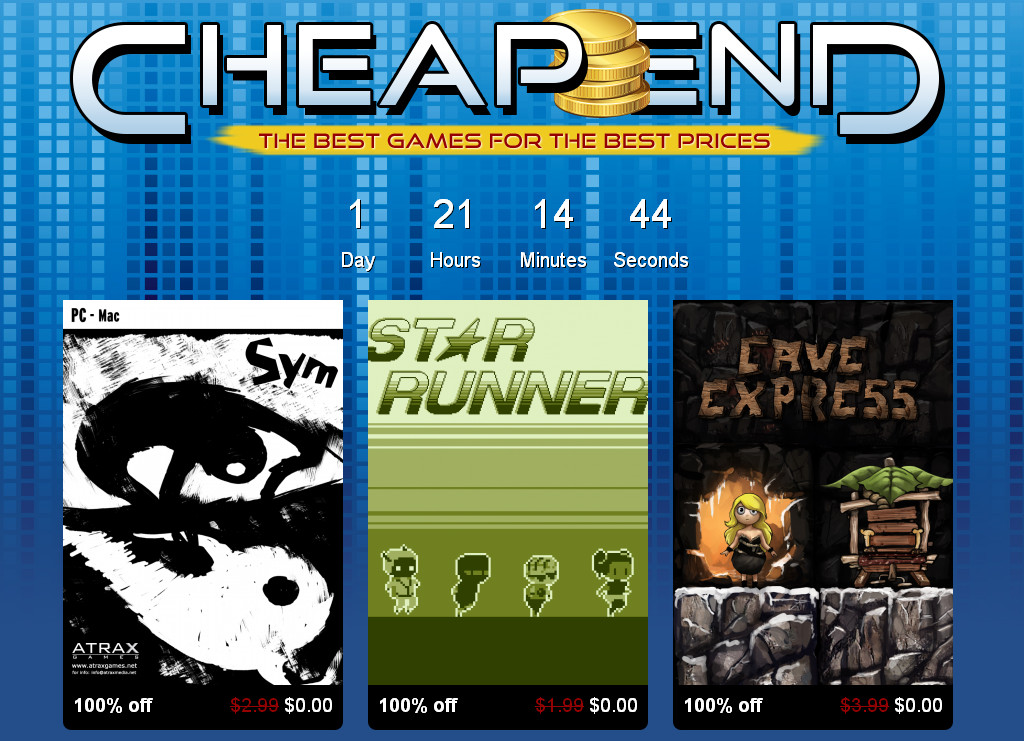 My plan worked! However it happened, I managed to sneak into second and stay there for most of the sale, boosting me to #3 on the site overall (maybe a hundred hits behind Sym and a few thousand behind Five Nights at Freddy’s). Granted that my game was going for free, but you’ll notice that my competitors in the sale were doing the same. None of my games have ever been particularly popular, so just seeing my game on the front page had me excited…even if I pulled a bit of a trick to make it happen.

But, I don’t give away a game for free with no reason, right? The point is the publicity! People will play Star Runner, then maybe they’ll consider buying Pizzarian, then they’ll follow me on Twitter and find out that I’m making a new game and share the link with all their friends…right? Right?!

Pizzarian sold zero copies during the event. It barely even got 100 page views, compared with about 8,000 page views for Star Runner over the course of the event. My personal site only got one or two more hits than normal, and I didn’t gain any Twitter or Tumblr followers.

I guess I’ll try running the Star Runner scheme with Pizzarian for October’s Cheap End sale. Maybe if I can get Pizzarian on the leaderboard, people will recognize me and give the game a shot and hopefully be interested in more of what I have to offer.

I guess we’ll see! Even if it doesn’t work out, at least I get to see this weird demographics data. It’s always nice to know that at least one person from Algeria or Brunei has played Star Runner. 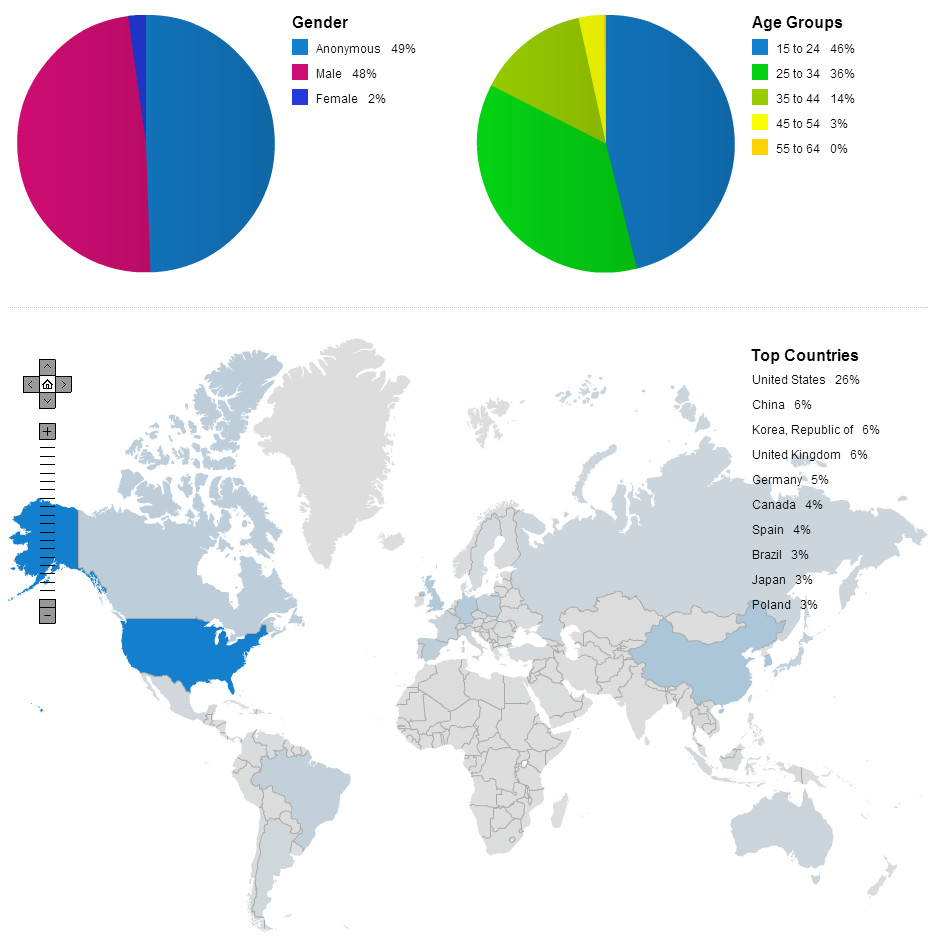 This game has all of the fun of the original game, plus a ton more stuff to do.