There are many things that I wish I could be in life. I, like the good Detective Gumshoe, also dreamed of being a wizard in my youth. However, there’s so much more to it than that. I also wanted to be able to wield a sword and sew beautiful clothes and make delicious food…I want to be everything! Unfortunately, being a struggling college student, I don’t have time to master all these skills. Unless… 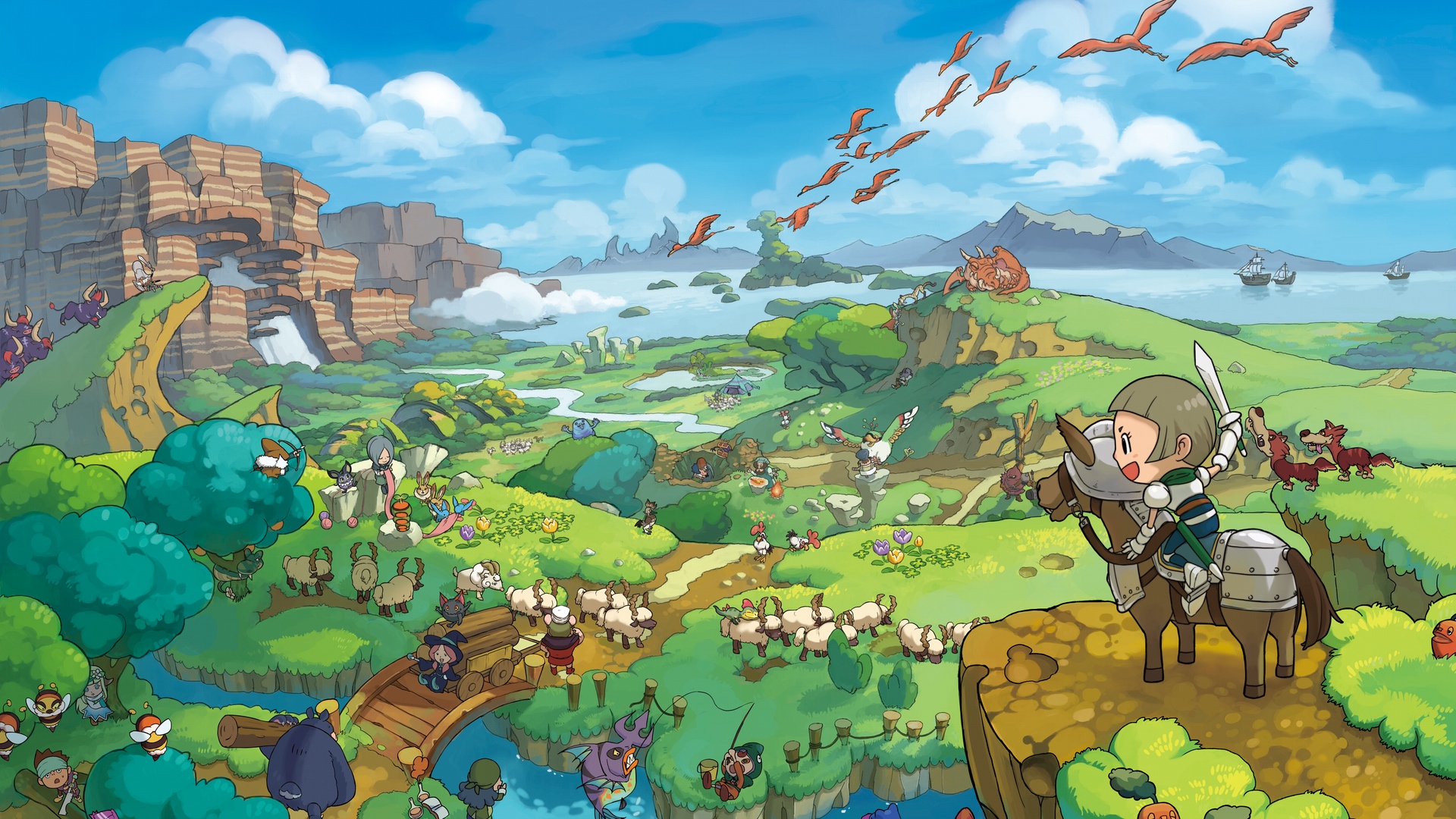 Ladies and gentlemen, may I introduce Fantasy Life: an RPG by Level-5, who you may know from the Professor Layton series. And, boy does it show. The game is ADORABLE and surprisingly addictive, at least for me. 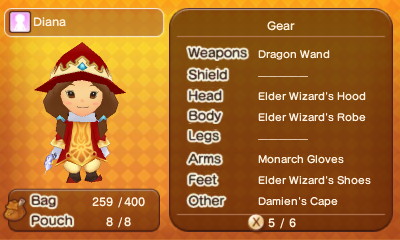 Aren’t I the CUTEST?!

The game begins with avatar customization and the choosing of your initial Life (yes, Life is meant to be capitalized. In Fantasy Life, it’s a proper noun). Then, it throws you straight into the main story as you meet your new best friend, Butterfly, and are ordered by the king to investigate strange meteorites falling over the land of Reveria. As you complete story quests, you also complete quests for your specific Life, allowing you to level up and increase your stats and your range of weapons. The story is intriguing and fun, spiced with a bit of humor and a bit of seriousness that makes you want to keep playing, even if it’s just to finally be able to use that legendary weapon or FINALLY be able to buy your own horse to ride around Reveria. 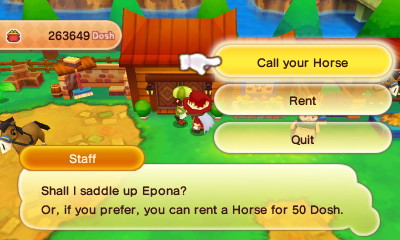 Yes, I did name my horse Epona. You got a problem with that?

The main thing that I love about Fantasy Life is that after you finish the main story, you’re not nearly done. There are 12 different Lives to max out and a whole other story in DLC to download, which also allows you to level up the classes EVEN MORE! Unfortunately for my friend who’s waiting for me to have a battle-worthy Pokémon team, you’re going to have to wait a while longer! There’s just something very stress-relieving about running around a large, open world, talking and building relationships with NPCs and allies (Diana/Damien OTP! M-my avatar, not me…), and of course, smashing a fair amount of monsters into dust on the way. 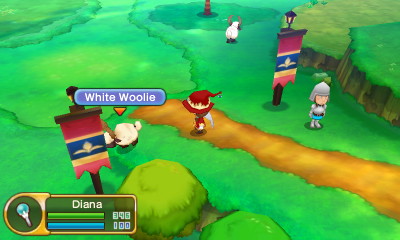 DIE SHEEP! I need your wool to make a new dress!

The graphics are literally the cutest thing; very Laytonesque in the cutscenes (which are few and far between, unfortunately). The music, composed by Nobuo Uematsu, is also adorable—it definitely ranks among my favorite videogame soundtracks.

I could sit here praising this game forever, but it isn’t without its faults. The major flaw with the game lies in the main story itself. It is virtually impossible to complete unless you choose a combat life to begin with and there is literally no indication of this. Thankfully, I chose a wizard first, but if you have any lofty dreams of becoming a master tailor or woodcutter right off the bat, those aspirations had better wait until AFTER the main story is done. Areas that are absolutely essential to leveling up your chosen skill are blocked off by “friendly” paladins until certain sections of the main story are completed—which can sometimes include fighting some pretty ferocious baddies. 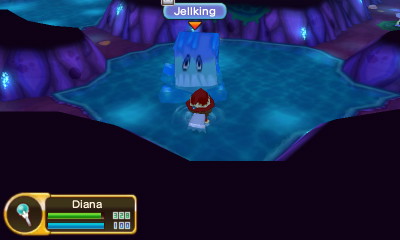 No, seriously, this guy is super evil. You don’t even know.

Although the controls are fairly simple and easy to master (particularly for the non-combat classes), there were a couple combos for the Mercenary and Paladin classes that forced me to look up guides for advice on how to execute them. Combos are a must for leveling your Life (defeating 10 enemies with each combo is actually required by a quest) and the button timing on some specific sword slashes was difficult to master—I still don’t think I have it completely down. Although Fantasy Life is generally pretty good on the tutorial front, the instructions on sword combos was definitely one area where the helpful tips were a little lacking.

Don’t get me wrong here, I’d never compare Fantasy Life to more mature JRPGs, there’s just no way it would hold up. If you’re looking for a very heavy, story-driven RPG, you should probably turn and walk away. This game definitely has a more childish feel to it, kind of falling between an Animal Crossing feel of wandering around, talking to people, and doing jobs for them, and something akin to Final Fantasy, where you level up, fight enemies, and follow a story. Some might say this is a weakness—I say it’s a strength. Sure, it’s a little childish at times, and sure, it takes the story a little bit to get moving, but once you get sucked into the world of Reveria, it’s difficult to get back out—especially for a completionist like this girl.