Let it be known that I still own my original 2000 Rune play disc. I loved that game with all my little 13-year-old heart and replayed it over and over. So, I was pleasantly surprised to see a digital re-release on Steam, when so many other beloved PC games haven’t quite made the digital cut.

Rune is a mythology-based hack-and-slash adventure developed by Human Head Studios. In it, we follow Ragnar, a Viking warrior killed in an ambush by Conrack, a warmonger thirsting for total destruction. Ragnar is revived by Odin to enact revenge on Conrack and his allies, but Odin’s motivations run deeper than simple vengeance: Ragnorok is upon the world, and Loki must be contained.

Under the name Rune Classic, Rune was re-released with all the of the original content, including original game textures, but there were a few alterations. New creatures from the PlayStation 2 release were added into the PC re-release, and about 10 levels were completely removed, while others were trimmed down. This trim reduces some of the level grinding of the original game and shortens gameplay considerably; it only took me about 10 hours to complete Rune Classic, but I clearly remember enjoying the 13+ hours it took me to complete the original. Luckily, Rune has a decent mod community, and the levels are still lurking around in the game files, so if you want to mod in the missing levels, tweak textures and animations, or spice up multiplayer mode, then you can.

Rune is fairly straightforward: It takes Norse mythology and drapes it over hack-and-slash combat, but there are many enjoyable surprises. Players get explore their way through underground caverns, Hel’s realm, dwarven citadels, Viking villages, and Loki’s prison, and fight enemies such as cave crabs, Hel hounds, and goblins. 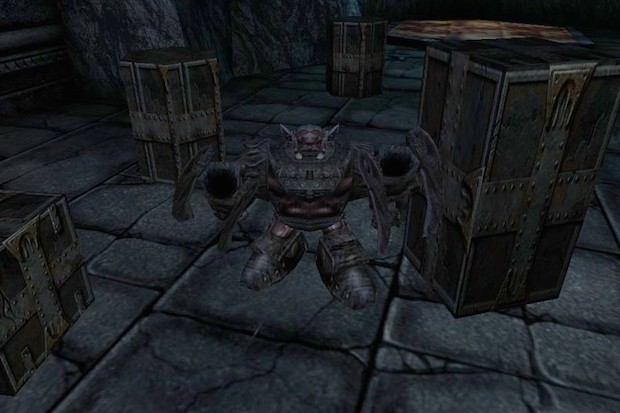 This little murder machine is a dwarven creation.

Along the way, you collect runes that increase health and provide power-ups, and discover increasingly powerful axes, swords, and maces/hammers, each possessing a unique ability, including turning an enemy into an ally or petrifying foes before smashing them to bits. In addition to these weapons, you can have the visceral satisfaction of using fallen enemies’ limbs as weapons. The first time you figure out that you can pick up your enemy’s severed head or leg and beat the following hoard with it is delightful. And maybe the limbs of your enemies aren’t as effective as the Roman Sword or Goblin Bone Club, but you haven’t really played Rune until you’ve taken out a few dwarves with a goblin head.

The combat is in good company with the story, sound effects, and creative gameplay mechanics. The story is told primarily through cutscenes, which cannot be skipped, but the longest is in the beginning, and the rest are fairly short. The script and voice acting for the main characters are well done: Odin is booming and wise, while Hel’s hissing lilt is bitter and angry, and Loki’s voice cracks with insane babble. Minor NPCs get proper treatment as well. Goblins and Dwarves have their own language, and many characters, like those in Ragnar’s village, have unique phrases that are never repeated, so the game isn’t encumbered with useless NPC chatter. But if you miss something, don’t worry; the dialogue can be easily reviewed in the command console.

The health mechanic is managed through finding food in the environment, and the main staple is—you guessed it…lizards? Yes, lizards. For some strange reason, the wriggling, scaly, little beasts add a big element of fun to the whole game. Sometimes they’re in hard-to-reach places, and you have to throw an axe or a stray limb at them until they fall into reach. Then Ragnar is snacking on lizard heads and casually tossing the remains aside. Throughout the game, lizards are writhing on walls, behind barrels, in a goblin’s campfire… In Hel’s realm, I caught a couple of lizards writhing quite intimately, but, hey, they were just taking up the mantle of propagating the species, since Ragnar was single-handedly demolishing a good number of them. 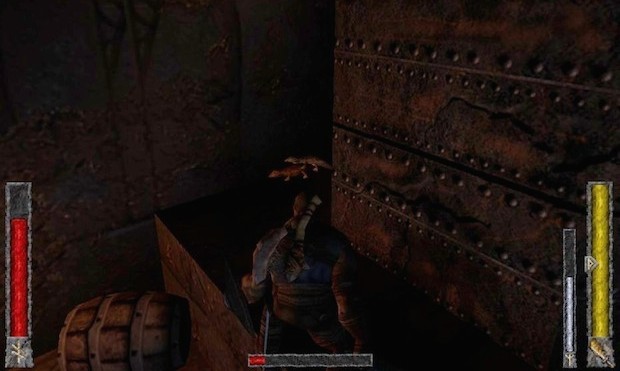 You can bet that I ate one of them.

But lizards aren’t the only health items: There are large legs of meat, trees with hanging fruit, and Ragnar was chugging mead and smashing mugs long before Chris Hemsworth in Thor.

While Rune Classic is fun and generally well made, it has its not-so-charming quirks as well. The single-player campaign can be annoyingly mazelike, some areas twisting with confusing paths and numerous dead ends. It’s a puzzle figuring out the correct path through a level, but once it’s figured out, there’s no going back. If you miss a power or ability rune, there is no way to retrieve it. A few times, just exploring an area had me stumbling on the advancing path before I was ready, and I know I left an upgrade or two behind because of it. Also, a couple of the levels have glitches that left me frustrated. One section with quickly rising lava registered safe-looking landing spots as lava instead of rock, and I was left with an awkward autosave checkpoint practically on top of the lava and nowhere safe to jump. I eventually resorted to God Mode just to advance on, because I died nearly 20 times in my stubbornness to get past it without cheats. Another section had Ragnar stuck in the wall of a cavern screaming while Odin’s disembodied voice encouraged me to have faith in the gods; I was supposed to be dropping into a pool of water at the bottom.

Despite this, I’m already planning another playthrough with the missing levels and texture mods. So what if the talking animations are a little disconcerting, and the villages sound like they have a serious wolf infestation due to the looping howl sound effect? At its heart, Rune is just a fun combination of Norse mythology, hack-and-slash, and ridiculousness. 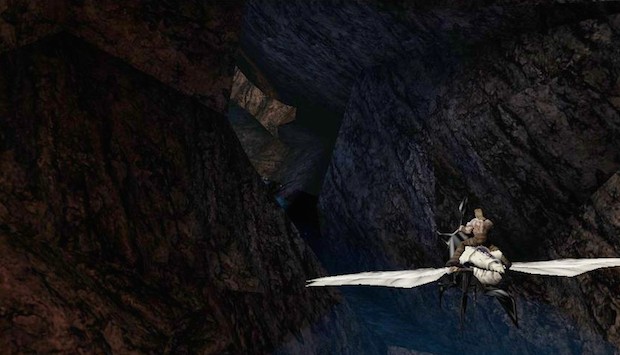 It wouldn’t be same without gratuitous lizard eating and the wanton destruction of walls, benches, and barrels. It’s an interesting, fun game, and I definitely recommend it.