I bet you thought I’d gone away, huh?

Diana here, back with another installment of BREAKING, an article where I basically rant about Phoenix Wright and you read it and be excited or else. I’ve missed so much news because of the holidays and the start of the second semester, it’s shameful! So as an apology, I’m going to provide some EXTRA fangirling!!! Alright, let’s jump back in time a bit…

First things first, on January 21, it was announced that the classic trilogy of Phoenix Wright: Ace Attorney will be getting a re-release on the 3DS. Known as AA123: Phoenix Edition, the release date is April 17th in Japan—nothing for anywhere else yet. According to my friends at Court Records, the collection will have a 3D effect, but will not be “full remakes”. Make of that what you will. 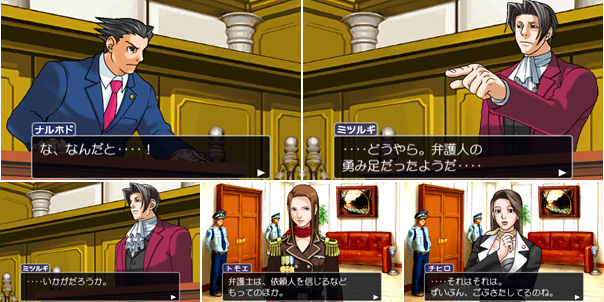 Example of the art in the remakes. Notice the best character is there twice. Just sayin’.

It seems that the artwork has been revamped to resemble the art in the iOS remake. Either way, it looks beautiful and detailed. I mean, look at those shadows on Edgeworth’s jacket. Just look. 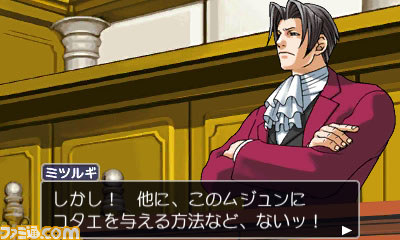 Additionally, a drama CD is being released with the game. Precious few details available at this point, only that it’ll be starring Phoenix and Edgeworth, and that Godot will play some kind of role. It’ll only be included in the Limited Edition of the game though, so make sure you get on that.

Next bit of news is…drum roll…Professor Layton vs. Phoenix Wright!!! Oh goodness, am I excited for this. For those of you who don’t know, the European release date is March 28 and the North American date is…2014. But I’m not letting that dampen my enthusiasm. I mean, look at this awesome cover! 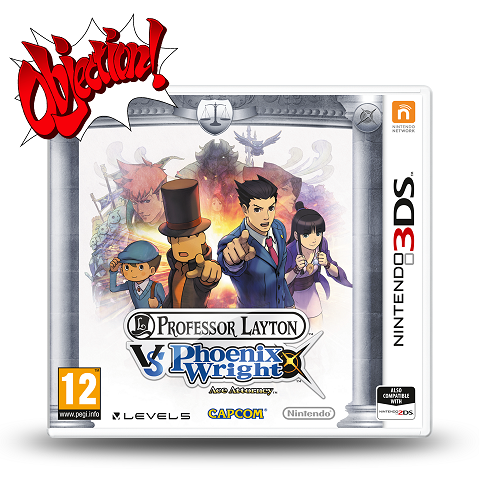 I mean, check that out. There’s a press release (detailing the epic summary) as well and this new teaser was also released at the beginning of this month.

If you want to get a taste of what the game will feel like, check out this demo. Seems like pretty standard fare for a Layton game, but I got it on the first try, so…good luck. Additionally, another trailer with more Phoenix is here—looks promising so far.

Everyone’s constantly asking who the voice actor for Phoenix will be—will they keep the European one or recruit Sam Reigel (Dual Destinies, Ultimate Marvel vs. Capcom) for another game? They’re keeping it quiet for now; hopefully more word on that in the future.

This past week also saw the release of an interview Satoru Iwata conducted with Shu Takumi (Capcom, often referred to as the Father of Ace Attorney) and Akihiro Hino (LEVEL 5 genius) about Professor Layton vs. Phoenix Wright. It’s an interesting read, detailing production aspects of the game and Takumi’s initial qualms about the entire project. The way they both talk about it makes me want to play it even more!

I mean, I don’t know about you guys, but I’m still pretty excited. No spoilers, Matt!

Last but most definitely not least, the most recent Nintendo Direct announced a very interested piece of news for fangirls like me. Shu Takumi is back and better than ever! 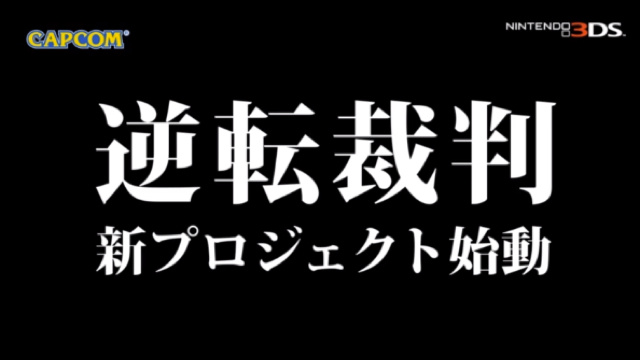 After a leave of absence (he wasn’t involved with Dual Destinies), Shu Takumi’s back and better than ever. Apparently, he’s working on a “new, completely different” Ace Attorney game. I’m not exactly sure what this means (and neither is anyone else), but it sounds amazing and I can’t wait to see what the future holds.

And I’m sure neither can you. Fangirl out for now. Talk to you all soon!

And in another year, the it'll be ten years for More Dots.