I won’t name anyone in particular, but sometimes if you ask GameCola staff members if they’re in a romantic relationship, they respond like this: 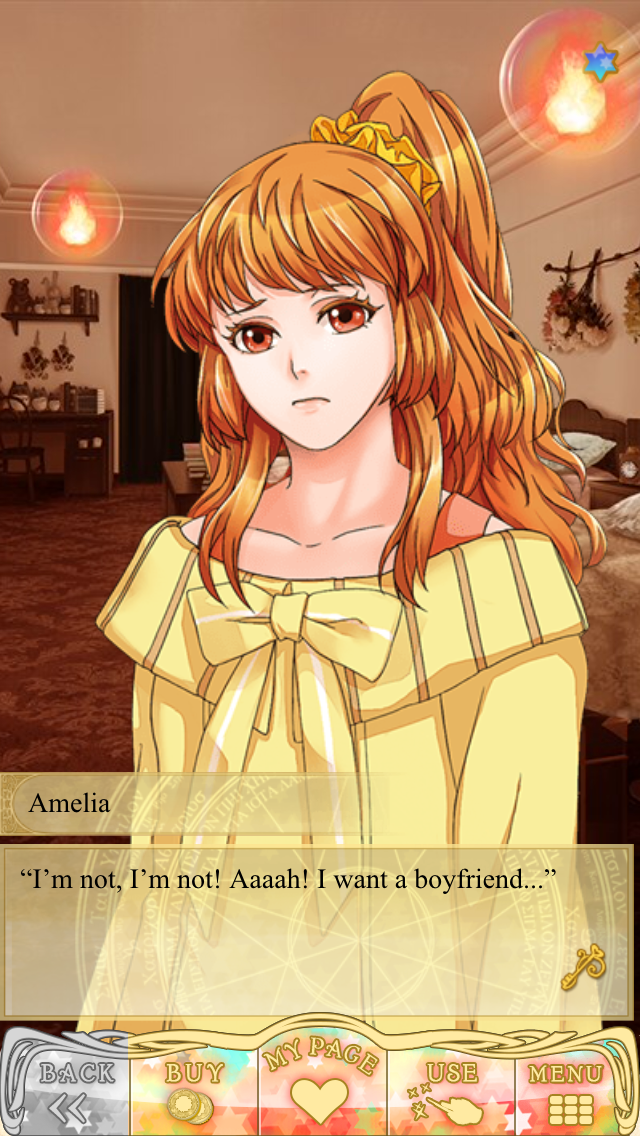 Enter the Shall We Date? series. If you can’t get a date in real life, you can at least get a date in fake life. Wizardess Heart is the 24th game in the series, and it takes place in the Harry Potter universe. They changed the names for copyright reasons, but don’t be fooled! This game is clearly Harry Potter and the Super-Hot Girlfriend.

Our heroine is wizardess named Liz Hart, who is shocked when she gets an acceptance letter from Hogwarts! Headmaster Sexy Dumbledore welcomes Liz with open arms, before telling her the bad news. The game’s author doesn’t want to write too much, so school will only be in session for twelve days. If you don’t find true love within two weeks, you lose the game.

The school operates on a Buddy system, which was dreamed up in a bad fanfiction. Every student in the school is paired with a Buddy; they attend the same classes, and they are graded together. While it’s a good idea for new students to have older students as mentors, the Buddy system is a transparent excuse to pair our heroine with super-hot guys.

Hot Guy #1 is Draco Malfoy, the rich blonde boy who looks down on everyone else. Hot Guy #2 is Remus Lupin, the dark-haired werewolf. Hot Guy #3 is the lazy guy who always skips classes. Needless to say, all three guys act like total jerks, and they have a dark secret in their past. This is the source of much dramatic tension. 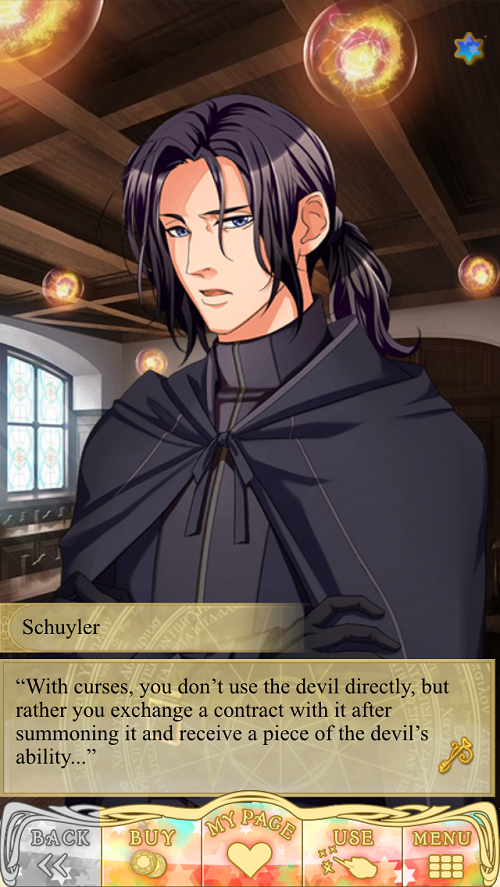 This game is harder than most dating sims, because every now and then the teachers ask you questions like “Which of these planets has the most moons?” There’s no way to look up the answer, in game. You just have to know the solution ahead of time. And since half the questions deal with their fictional, magical world, it’s pretty unfair to expect players to be able to answer everything correctly.

Another downside is the item system. Half the time, you aren’t told how much charm an item is worth. You could easily end up selling your 50 point item in exchange for a 2 point item. Granted, it’s a general rule of thumb that the more expensive items you get at the end are worth more charm, but still. They should have added an extra line in the present box to indicate every item’s charm.

On a positive note, I liked the battle system in this game, which gives you experience points whether you win or lose. That’s way better than the games that give you no experience for losing battles. It’s colossally unfair to punish players for losing battles when the battles are generated by the computer, and players can’t really affect the outcome. I also liked how you get extra experience if you win five battles in a row, and it successfully tricked me into fighting more battles than I needed to.

Overall, I’d say the story is interesting enough. Like a lot of other dating sims, the game believes that “super-long narration” = “as interesting as possible” = “makes as much money as possible”. So, yes, the story drags at points, and certain days could be removed without hurting the overall plot.

The game’s “read another segment” meter fills up at the rate of one segment every four hours. It caps off at five segments—because otherwise, I’d let the game sit for weeks and then read it all at once. Since each day has about eight segments, you’re looking at about three weeks for each storyline.

Let me finish with a *spoiler* complaint. Certain parts of the story are not explained, like the fact that the Sexy Headmaster turns into a leather-clad buxom brunette every single night. How and why does he change genders? Why do his clothes change? Why do his two selves have different hair colors and ages? I’m putting too much thought into this, but still. When your end-of-game plot twist is “he becomes a woman at night”, it deserves more than a one sentence explanation.