Guys. I’m super excited for the summer. Not only because I get to go back to California, away from this unpredictable Midwest weather, but because ANIME EXPO.

In case you don’t know, Anime Expo is a convention in Los Angeles that usually occurs around the Fourth of July (because dressing up as Japanese characters is my favorite way to celebrate America’s independence). This’ll be my third year attending, and it’s by far the best weekend of the summer. It’s pretty sweet—tons of people in cosplay, awesome game demos, and beautiful artwork. And hey, if you’re cool enough, you might even get your picture up on the Capcom website (does one of those Emas look familiar?).

But that isn’t the point of this article. The point of this article is to tell you about my plans for this year, Anime Expo 2015. It’s going to be my most ambitious year yet—I’ll be pulling out my Ema Skye and Pokémon Trainer cosplays, as well as making something new from a dating sim called Dandelion – Wishes Brought to You. But here’s my prize: On Saturday, I’ll be cosplaying from…drumroll, please… 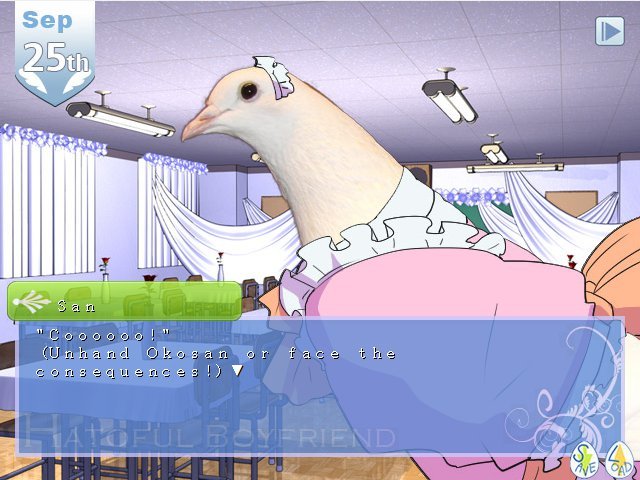 Okosan, get the heck out of here! I mean…keep that drumroll going, people… 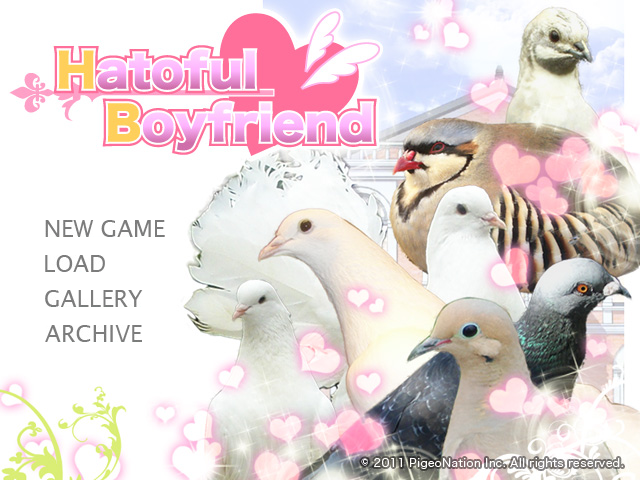 That’s right. I will be cosplaying as the protagonist of Hatoful Boyfriend.

Now, you’re probably asking yourself, “Diana, how in the world will you do that? We never even see the protagonist.” Well, my friends, that’s where you’re wrong. I AM THE PROTAGONIST. I’m just grabbing a plaid skirt, a blazer with the St. Pigeonation’s logo attached, and of course, my faithful bird lovers, and we’re gonna hit the convention. It’s going to be so much fun! It’ll be live-action Hatoful Boyfriend Blind!

Oh…wait, did you think this was a joke? I mean, it is April Fools’ Day. Well, I can assure you that it is most definitely not a joke. It’s happening and I couldn’t be more excited for it. Maybe you’ll even see some pictures, if you’re lucky enough. One thing’s for sure: no one will forget this year’s Anime Expo.

Congratulations.  You are no longer a slave to the evil gaming corporations who choose what games to buy for you.  You're a free spirit, able to choose what you want to play. But it's not quite over