After one of the longer hiatuses in GameCola history, “Flash Flood” is back with a vengeance, reviewing Flash games and videogame-related Flash animations with…um…a vengeance.

There’s probably no need to (re)introduce my rating system, but here goes anyhow:

5 = Definitely the best rating you could get. Certainly better than a 4, at least.

2 = You could do a lot better, but you could do worse. This is, after all, only two steps away from a 4.

This month’s theme: Games in which you have to burn the rope.

You have to be kidding. I didn’t think I’d actually find a game in which you have to burn the rope. So much for an easy article.

Description: You have to burn the rope. 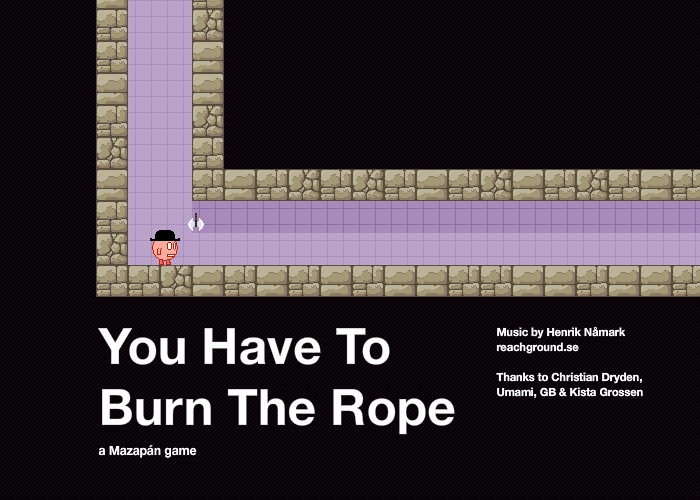 Review: This is, by far, the finest rope-burning simulator I’ve ever played. More to the point, it’s one of my all-time favorite Flash games. I have a soft spot for “concept games”, and this one is particularly well executed. Be sure to turn on your speakers.

Description: You have to…oh, I get it; it’s an April Fools’ joke. Like, there’s only one game in which you have to burn the rope. Which is patently untrue. For example, there’s:

Description: Well, that backfired. New theme: Games in which you don’t have to burn the rope.

Uh…technically, this is true. You could just play the game completely incorrectly. 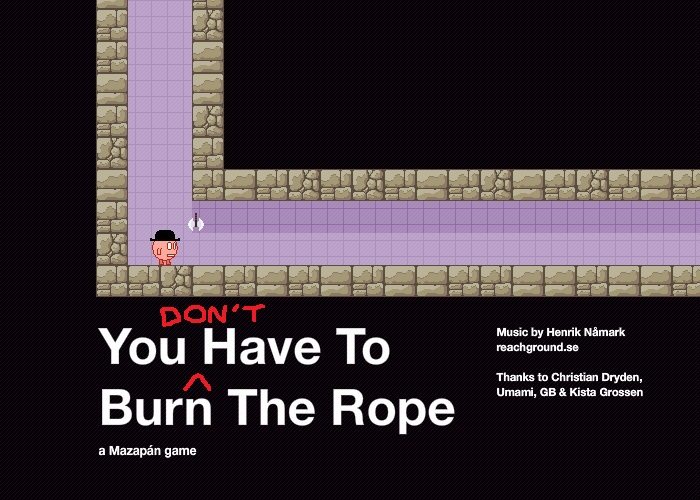 Description: You have to burn the ro—WAITAMINUTE. 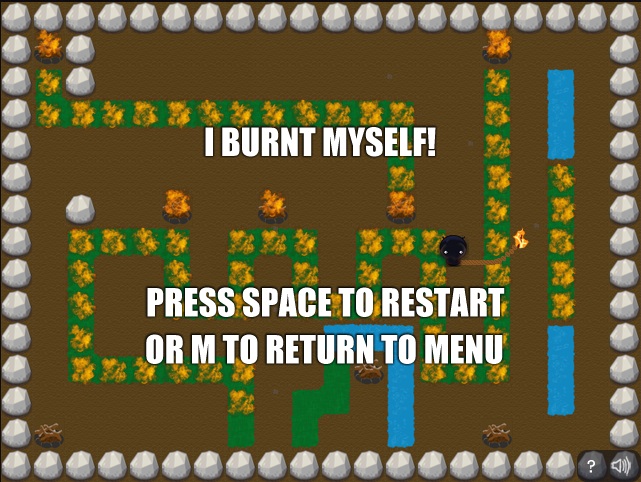 Review: By golly, it’s a puzzle game! And a clever one, at that. Racing around random locations and trying to ignite torches with THE ROPE, WHICH YOU HAVE TO BURN—and avoiding scorching yourself in the process—has seldom been so appealing and non-life-threatening.

Verdict: 4/5: Normally I’d play through a game in its entirety before giving it a rating, but the few minutes I’ve played have been enjoyable. Also, I really need to go to bed; burning the rope at both ends has taken its toll.

Honorable Mention: You Have To Burn The Rope

Some people describe A Fading Melody as a Braid rip-off. I think those people are wrong. I like to think of it as "Braid inspired." After all, we can't just call all artsy 2D platformers Braid rip-off