You know what? I’ve had enough of videogames. I am sick of videogames! I am officially quitting GameCola, forever!

Yes, I know I already quit at least once—but this time, I mean it! No more GameCola posts! No more videogames! I’m done with everything!

Why am I quitting, you ask? I recently took the six-year-old to Toys “R” Us. That’s another reason why I’m quitting videogames—having a young daughter takes away all of your free time. I can’t play videogames with her, because the videogames they make for six-year-olds are awful. They’re all dress-up games! And the pink dresses need to be purchased separately, since developers assume girls only like pink.

The videogame section in Toys “R” Us is a nightmare. They used to have three aisles: one for Microsoft, one for Sony, and one for Nintendo. Not anymore! Now there are three aisles just for amiibos. There’s the Nintendo amiibo aisle, the Disney Xfinity amiibo Aisle, and the Skylanders amiibo Aisle. If you don’t play those three particular games? YOU’RE OUT OF LUCK.

Now, I’m sure amiibos are fun and all that—oh, who am I kidding? Amiibos sound as pointless as the Pokémon Odometer or the Donkey Kong bongos. I’ve never liked mandatory accessories in general. Games cost enough money as it is! If I’m paying $60 for your game, I don’t want to spend an extra $200 on amiibos to unlock the full game. 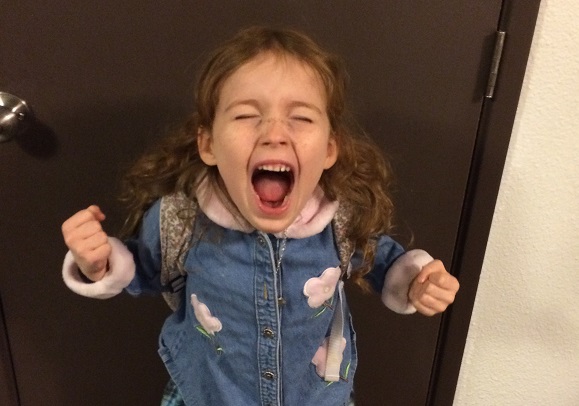 The kids at the elementary school are all big fans of amiibos and Super Smash Bros. Why? Why should fifth graders care about EarthBound or Sheik or Captain Falcon? They weren’t even born when those games came out! I don’t think any of those kids have even touched an N64, but they’re all over the Smash Bros. N64 Nostalgia Train.

That was even a problem with Smash Bros. when it came out. Sure, I knew who Mario and Link were, but I had no idea who Samus and Ness were, since they didn’t have N64 games. That means a full quarter of the game was basically pointless for me. It should have come with a warning warning label: “You will not enjoy this game, unless you have purchased games X, Y, and Z.” Things only got worse in the GCN version, which included characters that appeared in Japan-exclusive games.

Getting back to Toys “R” Us, amiibos have replaced the Xbox and PlayStation aisles. They still have signs for Xbox and PlayStation, for whatever reason, but they sell absolutely no games for those systems. Nintendo was slightly luckier. When amiibos took over their aisle, their games were moved to a display case in the back. Good luck finding anything more recent than 2012, though, because they only sell DS and Wii games.

Okay, so there were a few Wii U games. Basically, anything with “Mario” in the title and Monster High: 13 Wishes. Still, it’s ridiculous that they sell five times as many last-gen games as they do current-gen games.

This is why I’m quitting videogames. The mainstream videogame scene has been taken over by amiibos and games that came out seven years ago. GameCola is telling me to start “gaming outside the mainstream”, but forget that! If a videogame sells fewer copies than, say, the population of Rhode Island, why even bother playing it? You might as well be playing free indie games, like Pride and Prejudice Solitaire.

Wait, Pride and Prejudice Solitaire is an actual game? And it costs $20?

That is it! I double quit videogames now! And I won’t write for GameCola anymore, either! GOODBYE!

You could say that the game is almost magical.