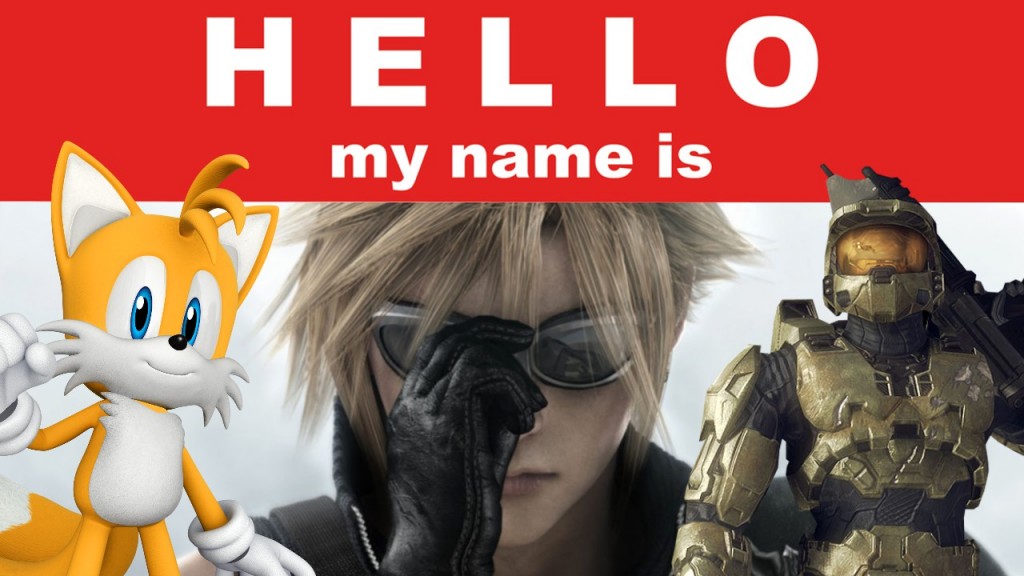 What the crap is up with you? Well, not you per se. You are a faithful GameCola reader. I have no beef with you. No, the “you” I’m referring to is the playable character you create in all your favorite RPGs. Whether the character has an incredible likeness to you, or he’s a one-eyed, wild-haired orc with a chip on his shoulder, it’s often hard to truly feel a part of the world—or, at least it is for me. This is because in modern games, the world adapts poorly to a custom-named character.

In the olden days, role-playing games were purely text-based conversations. Neither the technology nor the budgets were there to accommodate a rich voice cast like we see in games today such as Skyrim and Dragon Age. In the old days, it was easy to accommodate a custom character name. It was a simple macro replacement, so everyone in the game could refer to you as CptJimmyLegs or DrSteve. But in the modern era, things took a turn for the worse. If you’re a follower of “What the Crap“, you’ll know that I already have some beef with what NPCs will say.

Many role-playing games let you fully customize your race and gender, such as Skyrim. It would have been difficult to come up with a generic name that would work for all possible characters, especially since lore-wise, you wouldn’t find an Argonian and Orc with the same name. Still, it’s quite annoying to have everyone refer to you as “Oh, it’s you”, or “Hey, it’s the Dragonborn/Grey Warden/<important sounding official title> guy”. What’s the solution, though? Well, I’m not even really sure what the benefit is of having a custom name. Giving a selection of names to choose from that are all voice acted still isn’t really practical for all the voice actors to do. Still, it makes you feel a bit unwelcome in the fantasy worlds, and not really a truly liked character by my allies. In real life, I’m used to people calling me by my real name. At this point, the gaming industry’s not going to go back to not having voices, so I suppose we’re stuck until synthesized voice technology really grows. 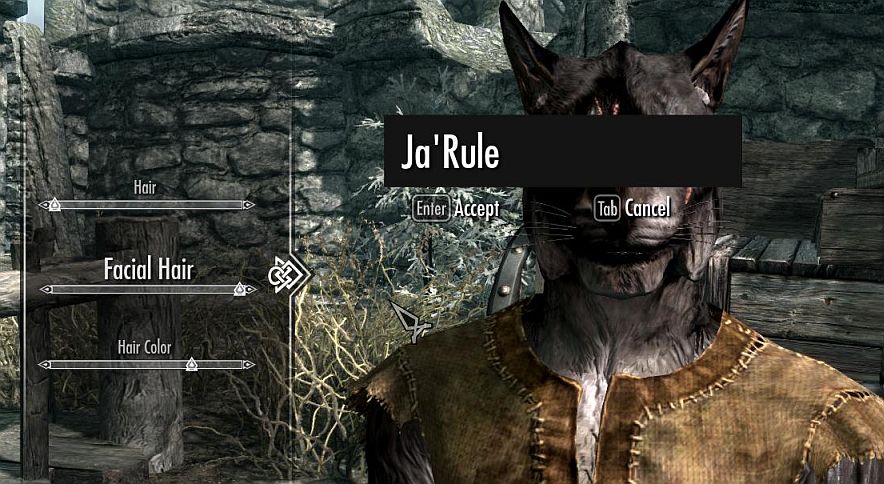 By far the worst offenders are games such as Final Fantasy X, where you don’t get to customize Tidus except for his name. All the other allies have static names, and the voice acting reflects that. Wakka Wakka, the angry bushido guy, the blue Wookie…OK, well, maybe their names aren’t that memorable to me, but it made the game feel alive for all the characters…except Tidus. No, Tidus is referred to by his status as a blitzball player, the son of Jecht, or other such identifying terms. But the kid has a name. He is Tidus! What the crap? 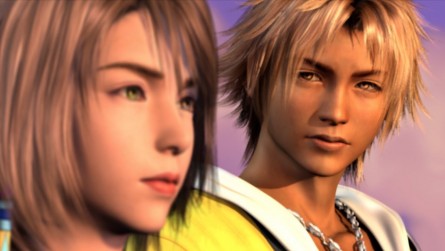 WTF did you just call me?

Well, at least the non-voiced characters in the game refer to his actual name. But it just sounds so…jarring. If you’re not going to let me customize Tidus, why bother letting me put in a custom name? Why sacrifice more believable voice acting just so I can change Tidus’ name?

A solid reason not to have voice acting in Final Fantasy X.

But even the simpler text-only games aren’t off the hook. Occasionally, you’ll have an ally join you later in the game. You’ll know this character by a very specific name, like Magus from Chrono Trigger. But when he joins you, you can rename him to YOLOSWAG420. Why is it that just because he joins your crew, you somehow have the omnipotence to quickly rename the long-standing character? How do you explain away the fact that he was known by a different name until then? And what happens if that character is referenced in a sequel by the default name?

So, what the crap do we do? Well, if you look at Star Wars Jedi Knight: Jedi Academy, you play the role of a character named Jaden Korr. But, who is Jaden? Well, Jaden is your character’s name regardless of what gender, species, or skin color you are. Jaden can be have any look you want—not to mention the ability to customize your lightsaber hilt. Jaden fits any demographic. It was very refreshing to play this and not be referred to as “the new Padawan” or “the rookie Jedi” by Luke, Kyle Katarn, etc. I’d love to see game developers follow Jedi Academy. Let me fully tweak my playable character, but lock in the name so the dialogue sounds realistic.

Donna Nicholson from the "Pink and Deadly" podcast and GC's Michael Ridgaway discuss whether Kinect is too casual, PlayStation plus is a good deal, Zelda: Skyward Sword looks like a fun game, and more ...