It seems like today’s gaming market is flooded with a plethora of glorified Flash games that specifically cultivate a retro aesthetic. Most of the time these titles feel like a one-trick gimmick; a blatant repackaging of an old idea, with gaming companies trying to capitalize on any wisp of nostalgia they think will hook buyers into parting with their cash. However, there are a few genuine gems that pay homage to the games of yore without sacrificing innovation. Jones On Fire is one of these gems. 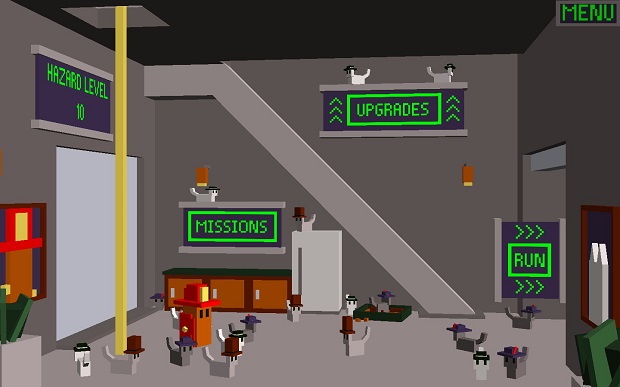 I swear, there is more to this game than cats.

The premise is simple: You, Emma “Jones” Jones, are a lone firefighter against a burning world, and your job is to save as many kitties as possible from a fiery doom because—as the game’s tagline states—”kitties are cute and should be saved”. If you are anything like me, you hear the words “cats plus female protagonist” and immediately shriek and start throwing your money at the screen, but Jones On Fire backs up its pandering with solid gameplay, compelling upgrades, a killer soundtrack, and offbeat humor.

The main controls are structured like a standard 2-button runner. You can press up to jump over obstacles like firewalls, burning barricades, and fallen trees, or you can press down to do a running charge that dashes through fire and slides under logs (kind of like a buster-less Mega Man). Along the way, your job is to collect up as many felines as possible, including the rare golden kitties, and become the superstar of all cat ladies. 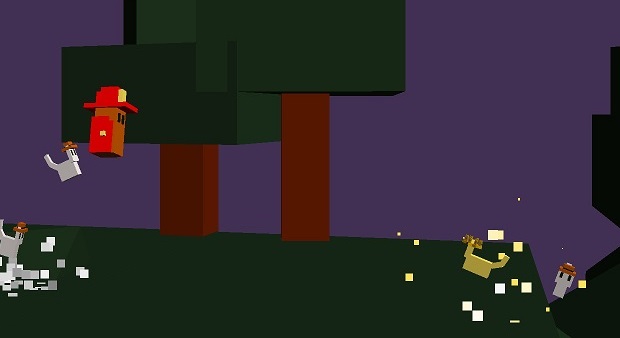 It’s really that simple—avoid obstacles, collect cats, advance to a more difficult hazard level, repeat—but there are a number of optional extras available through the game’s store that add complexity and keep it from feeling stale. The cats you rescue, regular and gold, become your two in-game currencies (don’t think too hard about how that works), and you can spend them to unlock new character abilities like a mid-air charge, new level power-ups like temporary invincibility, or ridiculous headgear like kitty fedoras (because rescuing gangster cats is infinitely better than rescuing boring cats).

The one drawback is that the price-point of items in the store feels a bit drastic, and seems like it is designed to artificially extend the length of the game. However, with enough time and energy you will eventually earn enough money to buy the most important things, and the game kindly throws you a few pity coins each day both for logging in and for posting your scores on Twitter. 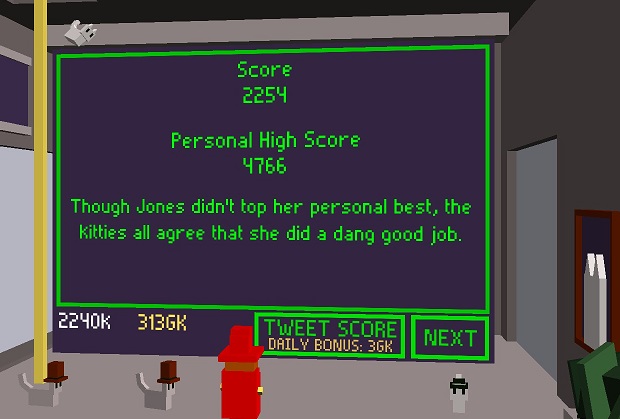 Only 146 tweets until I can afford the next upgrade!

Additionally, your character has the opportunity to earn a few extra buckazoids for completing specific missions. These can range from “well I was going to do that anyway” goals like rescue 500 kitties to “why do you hate me?” goals like get set on fire 30 times. 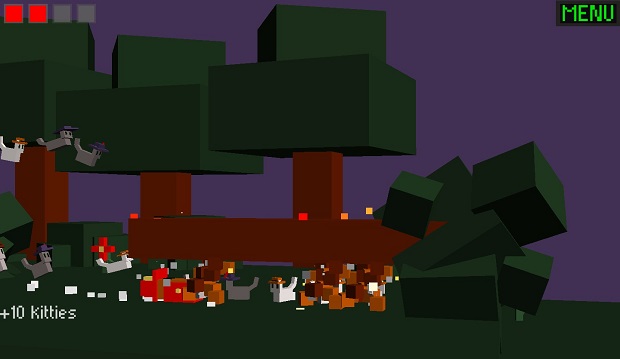 This is how a muskox limbos.

The music in the game is also pretty stellar. I especially like the track for the first few levels that sounds like Yoko Kanno backed by a choir of howling hyenas (yes, somehow that’s a good thing). Furthermore, the tracks have that wonderful and hard-to-achieve quality of maintaining their interest after several hours of gameplay.

Another thing I appreciate is that Jones On Fire never takes itself too seriously. The game developers know they created something absurd, and don’t try to hide that fact behind false pretenses. There are jokes and bits of referential humor peppered throughout the game’s text, and some of the mission names alone have made me snortle. 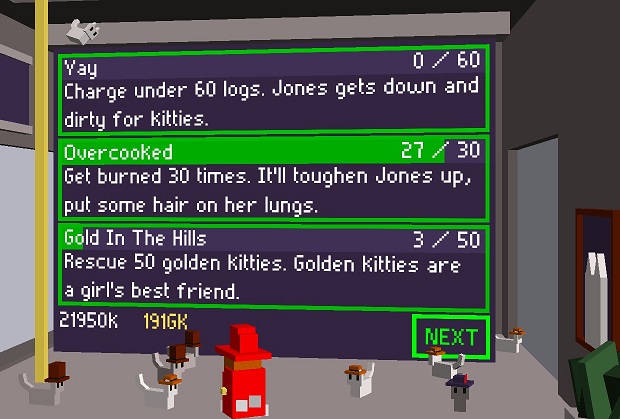 Hmmm…”hair on her lungs”. Now she can cough up furballs just like her kitties.

You can tell the game’s graphics are definitely aiming for that old-school minimalist aesthetic, but it’s an intentional choice that somehow feels appropriate. The boxy characters and blocky environmental hazards compliment the arcade-like gameplay, and create a retro-esque feel without resorting to altering or parodying classic game sprites like so many of the other retro-revival games are doing now. I honestly don’t know if this game would have the same charm and appeal with more modern visuals.

Overall, Jones On Fire delivers the nostalgia of a ’90s-era runner, but updates it for a modern audience with game-changing purchasables that allow the player to customize and enhance their experience, Achievement-like missions that force the player to get creative in how they approach the levels, and social media tie-ins like the Twitter connectivity. 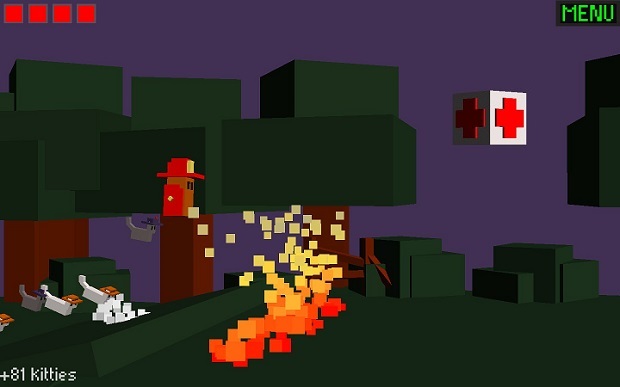 Good thing I unlocked that power-up.

If you like cats, or firefighting, or a $3 price tag, I would wonder why you don’t already own this game. If you like casual games with a lot of heart that will bring back memories of the NES, I would recommend giving this game a try. If you like setting your character aflame and laughing as kitties are trapped in a burning apocalyptic wasteland, then you are a horrible person but you would still like this game.

This could be the beginning of a new chapter in gaming history.