It’s been a rough day for you, having just finished a job barely escaping with your augmented legs still in tact. You’re Ceyda Farhi, a citizen of the Bulgarian city of Plovdiv, and you’ve sat down for a well-deserved drink. “Hey!” Someone from the other side of the bar calls; you tense up, “We don’t want your kind in here!” You clench your fist as she continues, reaching for your hip, “You bring nothing but violence and hate to this, our only safe place! It’s a wonder the government even tolerates you!” The various ways you could murder her and escape without being noticed are contemplated, but then also you think of how you’d only prove her right in the end. If you stand up for yourself verbally, then it’s true you’re spreading hate; and if you silence her forever, then truly you’re inherently violent. Instead, the barkeep speaks up, “Look, if you don’t leave the lady alone, I’ll have you thrown out!” The woman huffs off, “Fine, let those snowflakes overrun your establishment! You’ll be sorry!” The bartender turns a sympathetic gaze to you, sliding a bottle your way, “Sorry about that. It’s on the house, sis.” 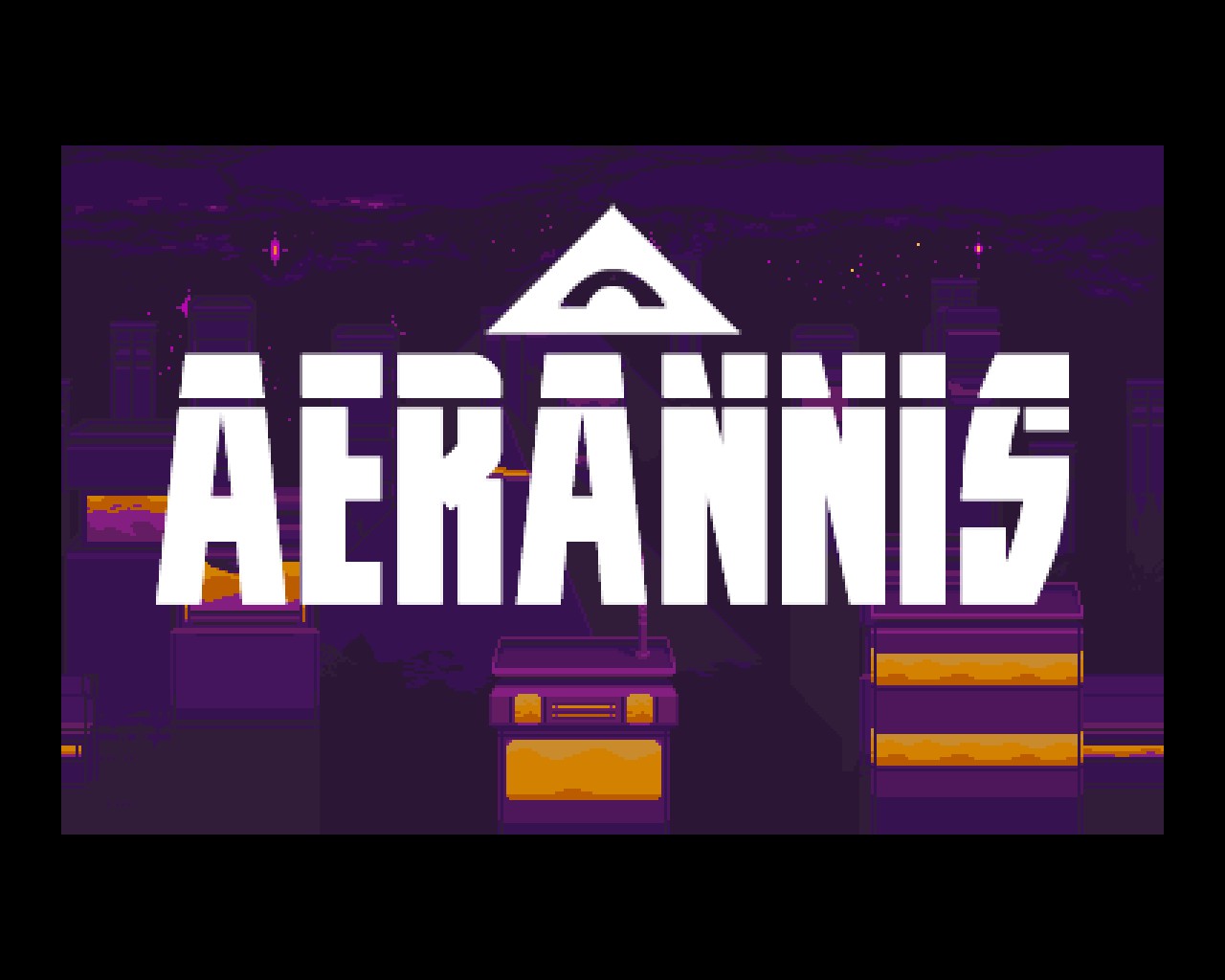 Aerannis is an independently developed game set in the city of Plovdiv, Bulgaria, many years in the future, in a society where there’s only women. The gameplay is a mixture between that of action-heavy platformers like Metroid and Mega Man, and stealth-focused games like Metal Gear and Splinter Cell. The graphics are stylish, colorful, and reflect a cyberpunk/post-cyberpunk setting in a unique and risky way. The story is heavy, discussing government conspiracies, feminism, and what place transwomen have in society. In all, Aerannis offers up a unique story, enjoyable gameplay, and fantastic artistic assets. 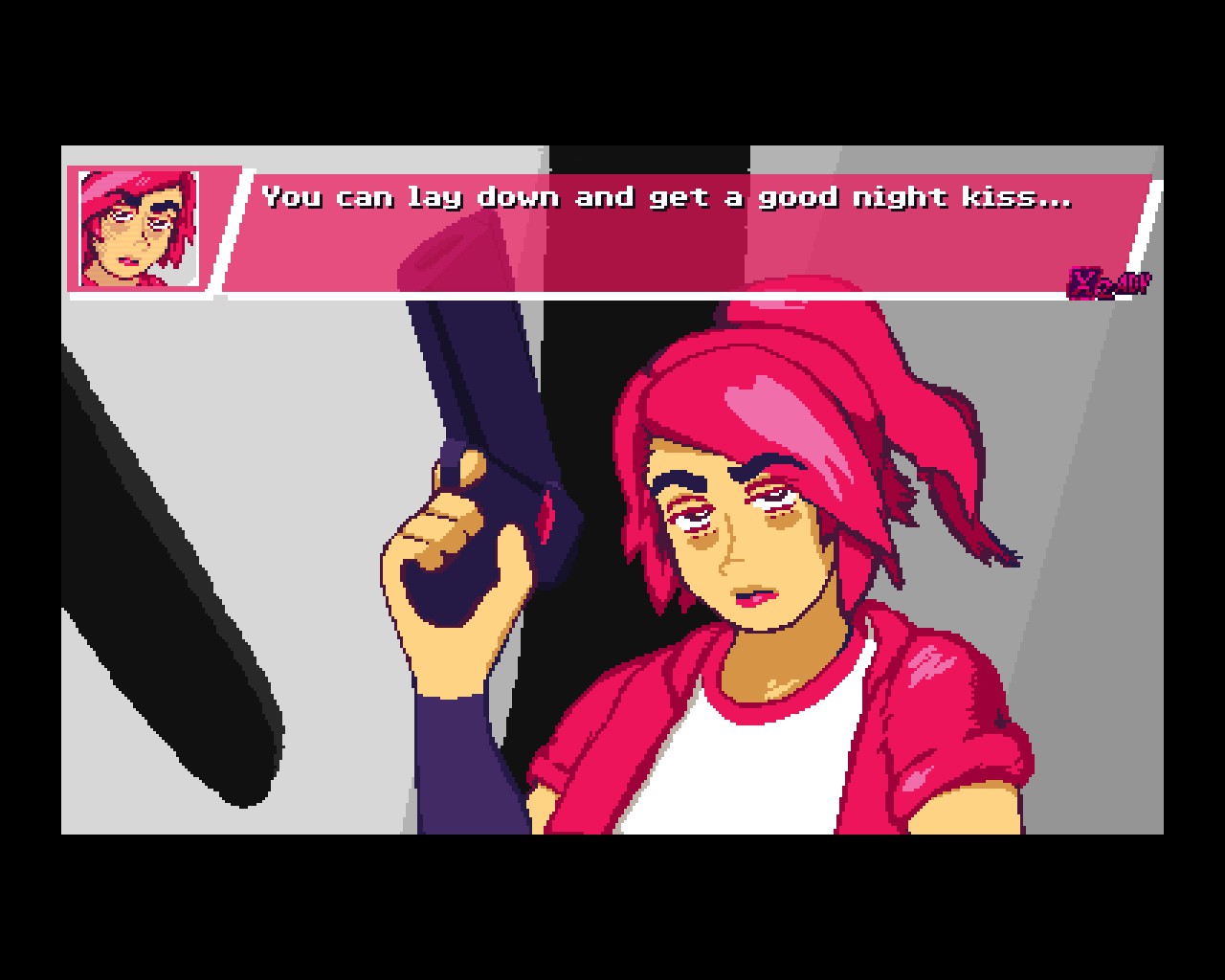 Ceyda Fahri, the heroine. I’m sure that sounds cooler in Bulgarian.

Aerannis is, at its core, a stealth platformer with Metroidvania elements. Default controls are movement using the arrows, actions using SDXC, and changing items with the spacebar. The default controls are even a source of humor; the tutorial being told via a series of bad puns your robot companion came up with. However, I found the default control scheme rather unintuitive, and the release build does not allow configurable controls (though that should be changed soon). There’s an equal emphasis on stealth gameplay as well as shooting, with taking human shields, killing every enemy you see, and going through unnoticed; all having equal importance in the many missions of the game. And many missions include huge boss fights at the very end, hearkening back to the 16-bit and 8-bit eras. Despite control issues, Aerannis‘ gameplay is fun and challenging, allowing you to progress through most missions however you see fit, while requiring you to follow stealth protocols in the rest. 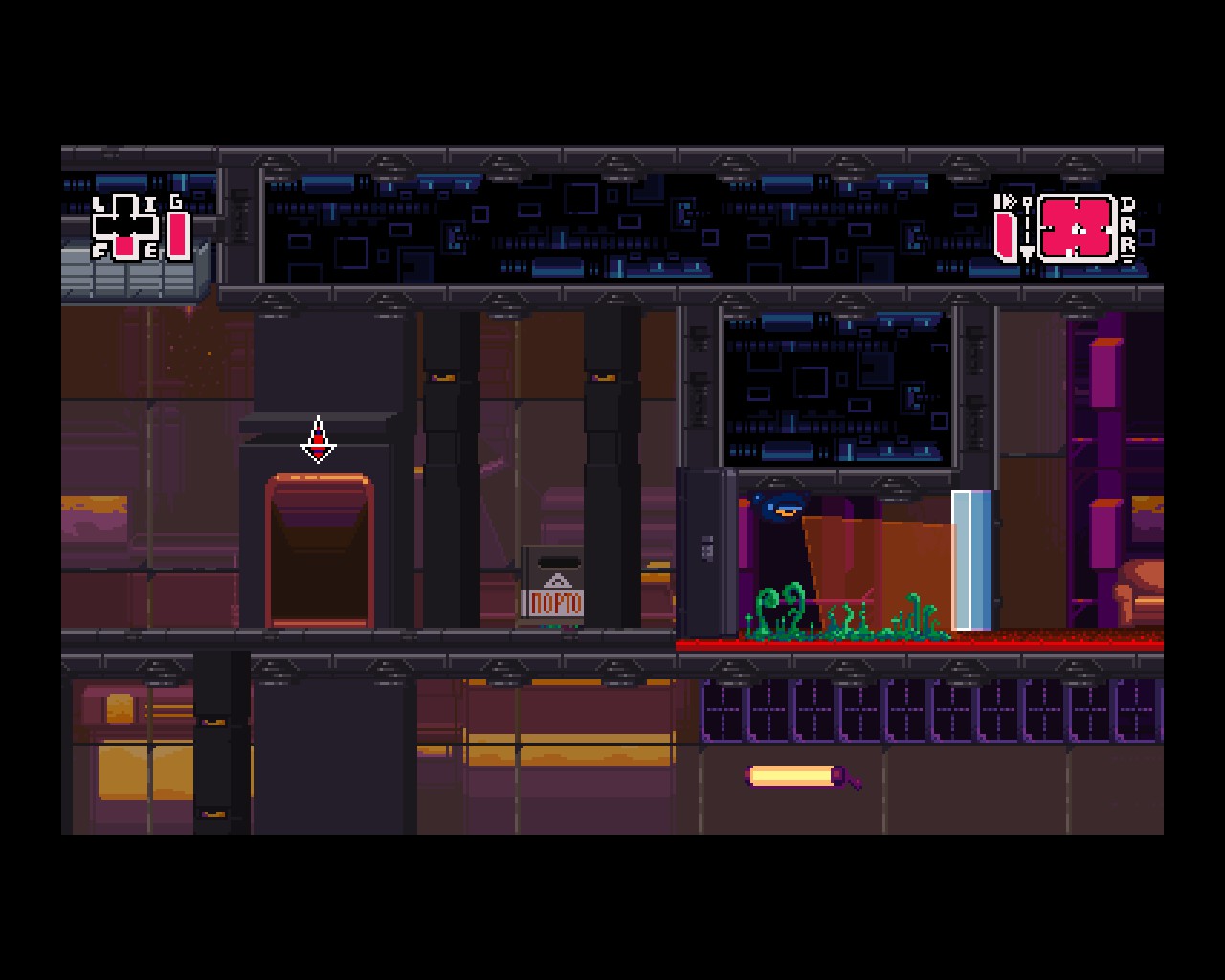 The artwork is honestly something else for the style this game emulates! Aerannis is obviously inspired by cyberpunk/post-cyberpunk themes, and where those are usually very monochrome and dark, the color scheme in this game is very bright and varied! The colorful sprites are all very detailed, distinct, and pleasant to look at. The music, as well, is rather upbeat in the main city areas and changes based on the mission environments, all very stylish and never bringing the mood down even in the most serious situations. The writing depicts a serious and nuanced story interspersed with bad puns, dirty jokes, and outright childish toilet humor. In all, Aerannis is a testament to videogames as art, displaying beautiful graphics and music, a deep story, and even showing a sense of humor. 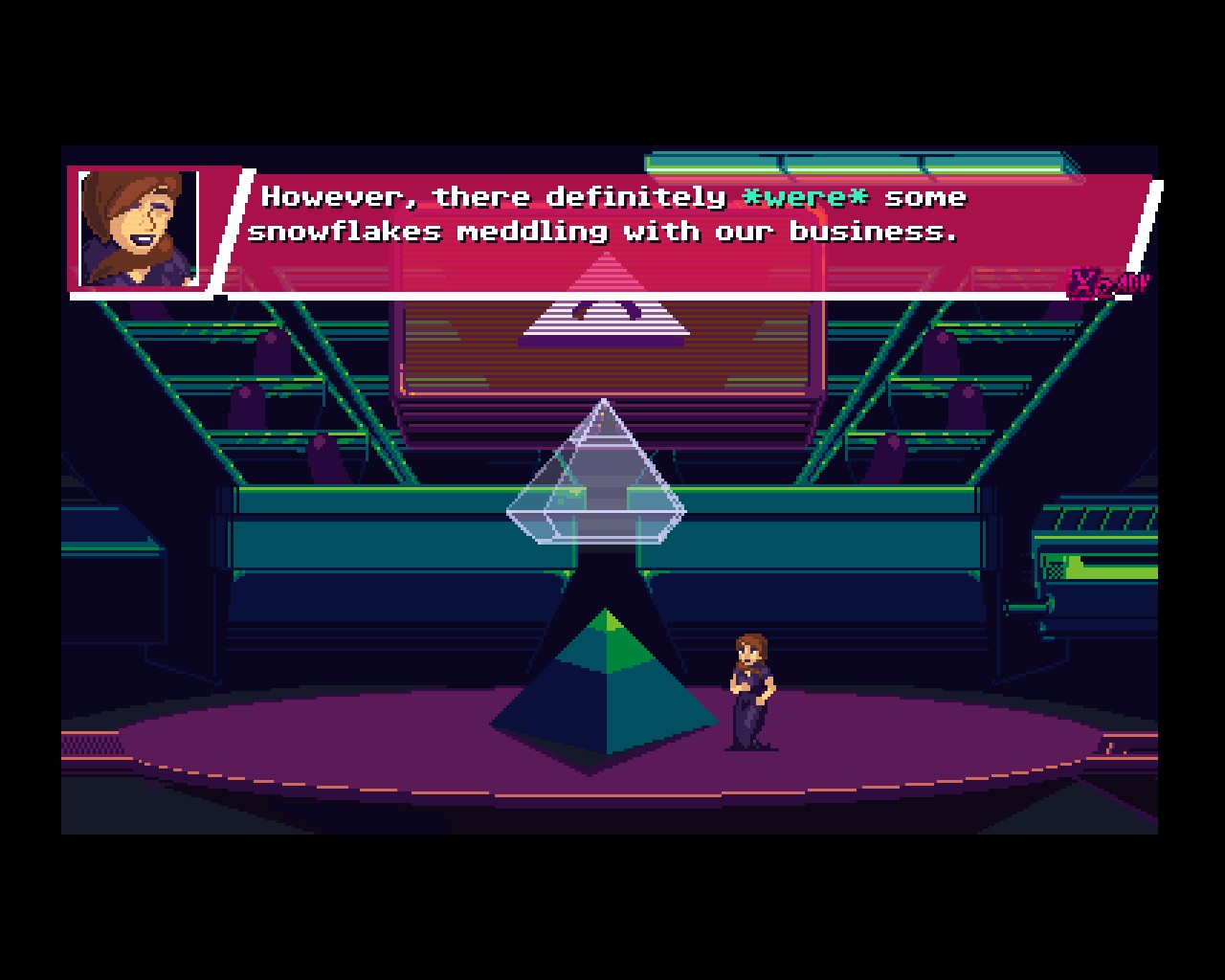 Transphobia is an ever-present element of the story and ties in with the conspiracy.

And, talk about a serious story! You’re Ceyda Farhi, an assassin and a transwoman, in futuristic Bulgaria. You start off as a typical assassin who cares only about the job, except you really begin the game in the middle of a hallucination. In it, you’re told that you’re a lie—everything’s a lie—and you’re going to be manipulated. That quickly ends as you wake up to take what sounds like another job. What starts as a string of missions soon becomes personal, leading Ceyda to discover a conspiracy stretching across human history, and eventually coming to a decision on what to do with that conspiracy. On top of government conspiracies, there’s a constant discussion of transwomen, how they fit into the world, and how they fit into the spaces of women and feminism. Aerannis feels like it was designed to tell a powerful conspiracy story that could compete with the likes of Metal Gear, Deus Ex, and Splinter Cell. 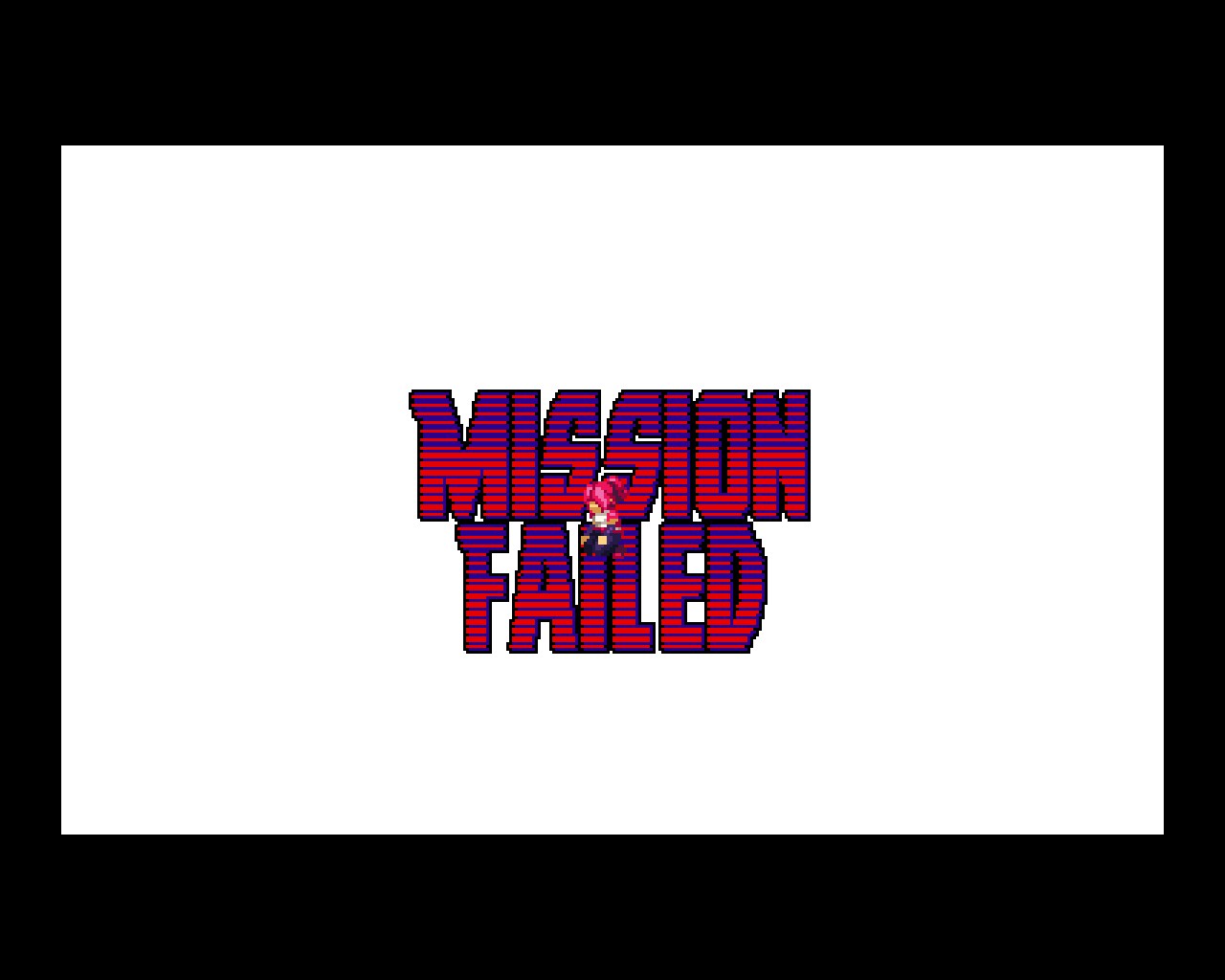 Stealth is unforgiving. Some missions end the moment you’re seen.

Aerannis has a small share of gameplay and mechanical faults. Bugs are few and far between, but they do sometimes exist. Enemy sight range in particular feels buggy when I’ve been spotted from behind what should have been cover, or when enemies would never leave alert mode. Stealth in general is rather frustrating and unforgiving; many of these missions will result in seeing the Game Over screen at least once. The control scheme is tricky, and with the four buttons existing on separate rows of the keyboard, I feel that facilitates misclicking. The story feels rushed as well, like there was supposed to be more padding before throwing you into the thick of it, and the game’s only eight hours in length. In all, these are mostly minor concerns, and didn’t majorly affect my overall enjoyment of the game. 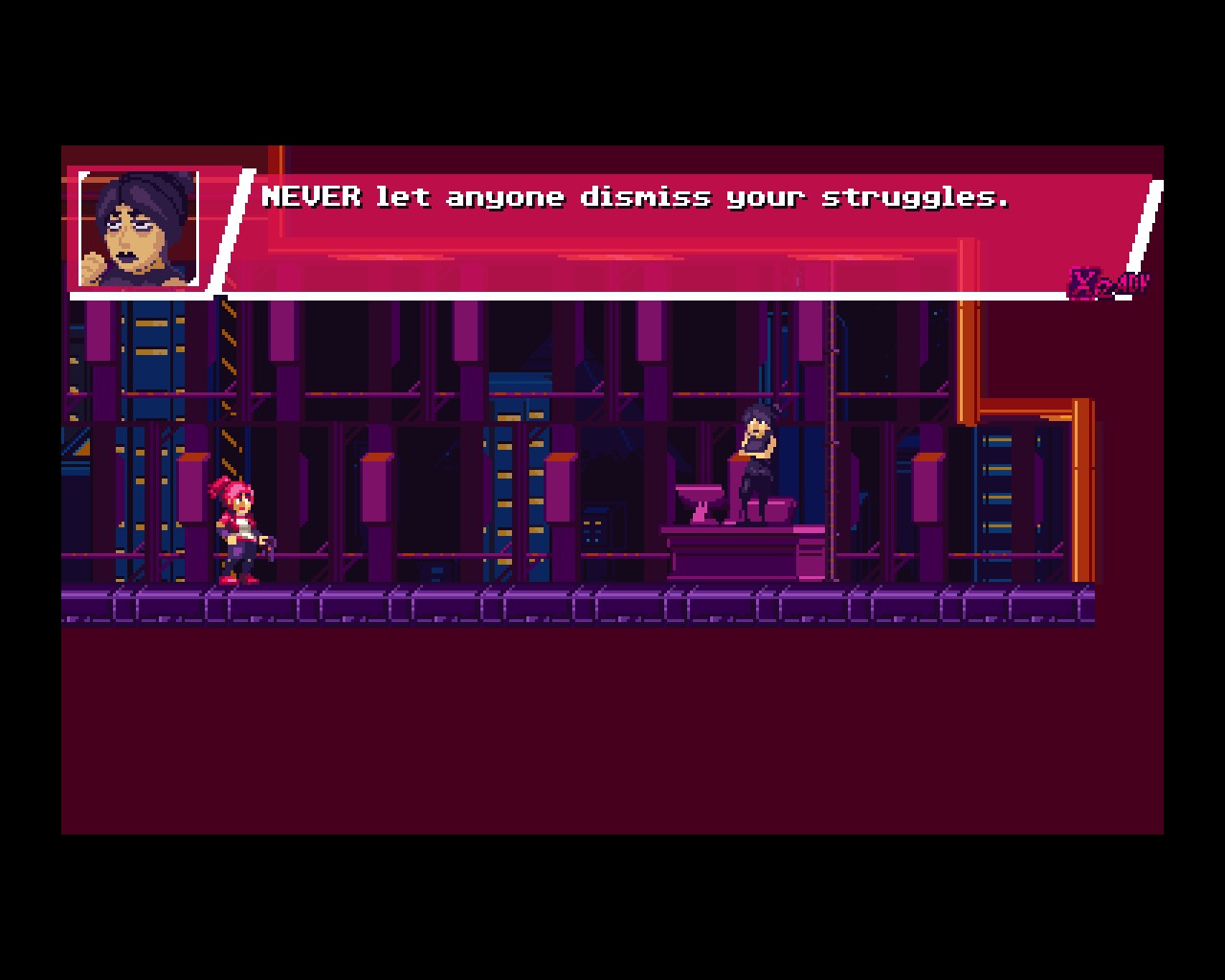 There are powerful messages all over the game.

Aerannis was designed around providing representation for a transwoman character. The lack of men would be a problem were it not that many videogames get away with this already in regard to a lack of relevant women. Well, it’s a problem in the sense of “What about transmen?” However, the possibility of transmen (and other genders) is addressed during the middle part of the game, as well as men not comfortable with being forcibly transitioned. Though enemies are all of the same slim body type, side characters and NPCs are all of varying body types and skin colors, and the game also features characters with varying disability statuses. As well, Aerannis features a major plot point of the place transwomen have in modern feminism, even touching upon the branches of feminism that are actively trying to murder transwomen. In all, Aerannis provides a satisfactory level of representation; while failing in several small regards, it succeeds in a way few games have. 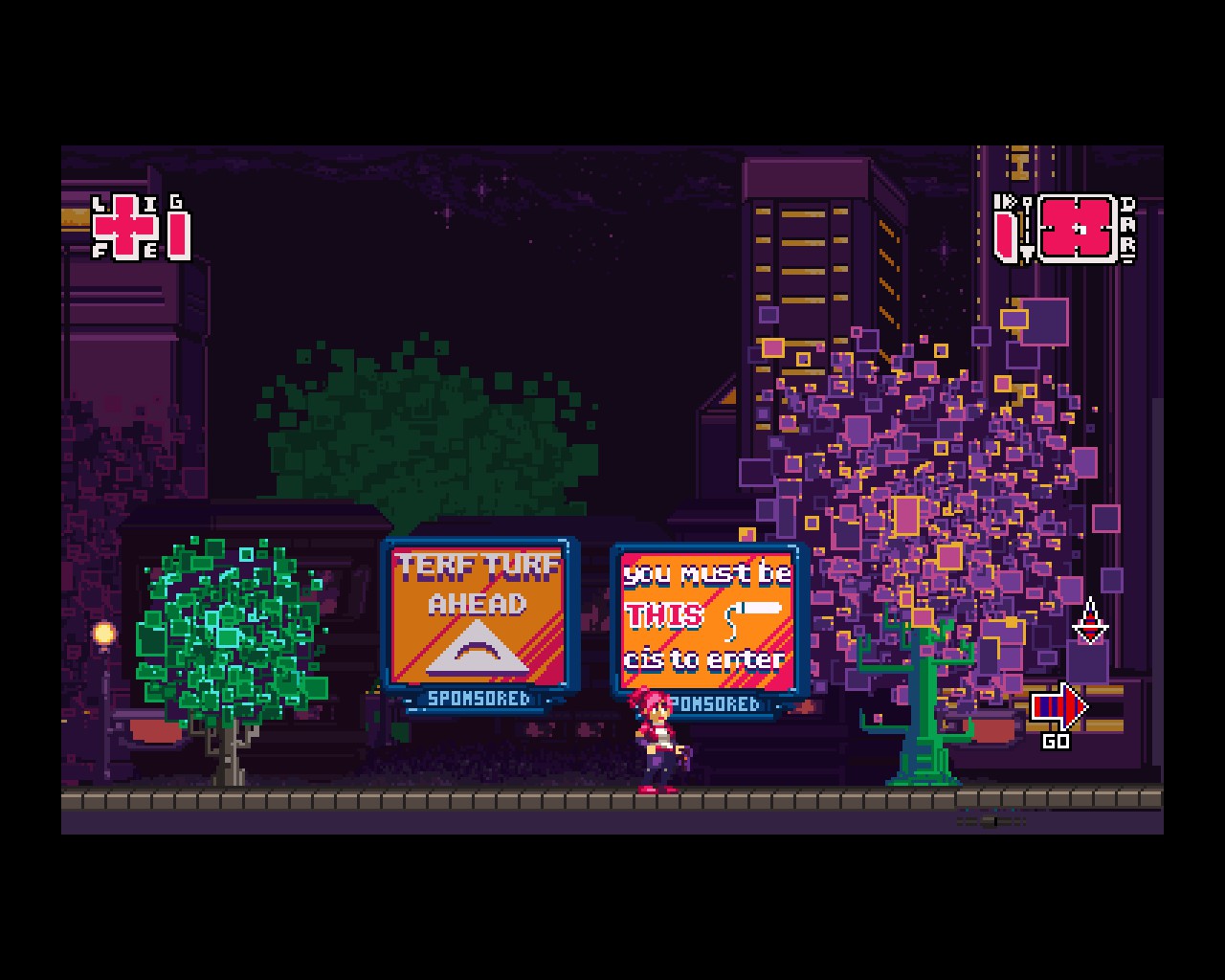 Trans Exterminatory Radical Feminists, or TERFs, are one of many discussions of feminism in Aerannis.

At the end of the day, though, none of that truly matters. All that matters in the end is if there’s a recommendation for it. I would honestly and truly recommend Aerannis to anyone. It’s a story that treads a dangerous line, because AAA studios and first-party developers wouldn’t dare release a game with a transwoman character. Aerannis feels like more than just a game—it feels like a representation of what indie development can accomplish. Without executive meddling, anything is possible; and with the right support, indie games can tell any story. Aerannis is one such game that got the right support, and the story it told is fascinating and gripping. I high recommend playing this game, and highly recommend spending money on it as well. 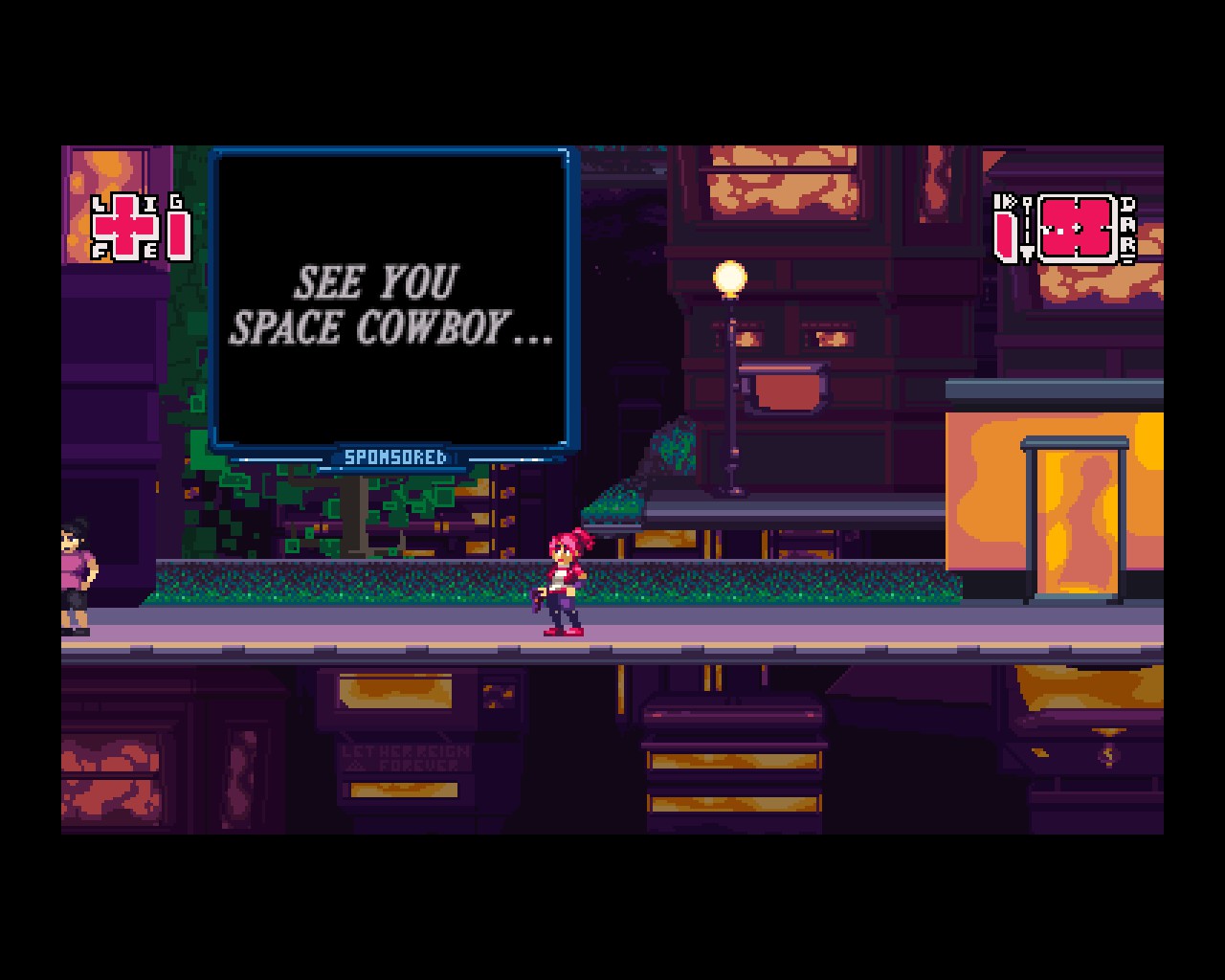