Episode 4 of Law & Order Legacies is another flashback episode, just like Episode 2. It takes place in the first week of the year 2000, and Lennie Briscoe stars as the main detective. His partner, Rey Curtis, is present as the main supporting actor prop. This particular episode focuses more heavily on the “order” side of Law & Order, and Prosecutor Jack McCoy quickly takes over as the lead character of the entire episode.

The episode focuses on a child who was abused by his drugged-out mother. Jack McCoy wants to take on the rogue child care agency that was responsible for supervising both of them. The head of the agency is clearly guilty of gross negligence, plus he’s kind of a smug jerk like the culprits from the last three episodes, so he deserves to go to jail. 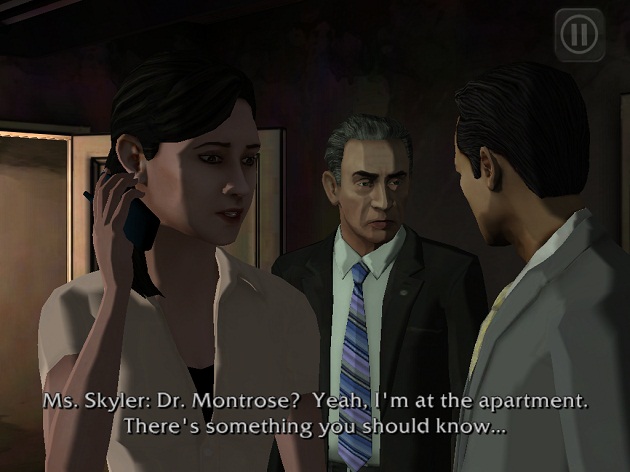 Briscoe and Curtis take a break from investigating, in order to have a staring competition.

The start of the episode is pretty much a misfire. The first two witnesses are irrelevant bystanders, neither of whom are really related to the case. There is a half-hearted attempt to make the scenes more exciting by having the witnesses tell pointless lies, but it falls flatter than Old Man Briscoe’s bad jokes about Y2K. I kind of get the sense that these were filler scenes, put in to reach a minimum episode length. They easily could have been cut out with no real loss to the plot.

So, forget the first 10-15 minutes, because they don’t count. The episode really starts when the detectives learn who the victim is. This leads them to Good Shepherd, a child care agency which used to be Catholic, but has now gone rogue. As the head of the agency tells the detectives, he makes his own rules, no matter what the church or the state says. Since the agency head is the only viable suspect, he becomes the culprit by default.

The rest of the episode is a showdown between Jack McCoy and this corrupt agency head. It’s pretty exciting stuff, because Jack McCoy is very intense about everything. He shouts, screams and schemes his way into getting a guilty verdict, no matter what the cost. If he acts like this every time he’s in the starring role, it’s no surprise that he’s the most popular character in the Law & Order franchise. 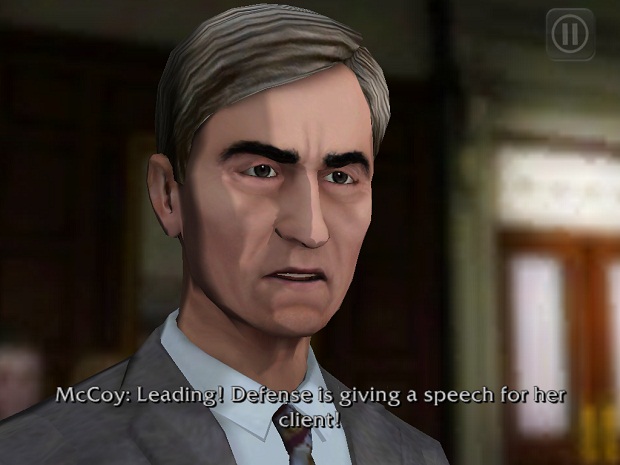 The game plays just like the other games in the series. 80% of the gameplay is picking what topic you want the characters to discuss next, punctuated by occasional questions. 10% of the gameplay is made up of two hidden objects screens, where you have to find the evidence the detectives are looking for. The other 10%, which requires you to actually use your brain a bit, is deciding what objections Jack McCoy should use to further his case.

There is a slight improvement in the hidden objects screens, in that there is more dialogue. Now the detectives can talk about every item on the screen, not just the important ones. It’s a little touch, but it’s nice to see the game be a bit more thorough.

I am ashamed to admit that, once again, I got the bad ending to the game. I’m not sure how. I did what I was supposed to do; I got the maximum sentence for the guilty culprit. And still, my reward was an ending scene where Jack McCoy loudly complains that sentencing the head of a childcare agency is bad for the children. WHAT? Jack, you’ve been shouting at this guy for the entire game! Now you think that prosecuting him is a bad idea?

No, seriously, Jack spends a half-hour trying to win the trial, and once he does, he gives a lecture on how he shouldn’t have won. That’s like asking a waiter for a glass of water, then slapping him when he gives it to you. I felt like I was being punished for doing exactly what the game asked me to do. 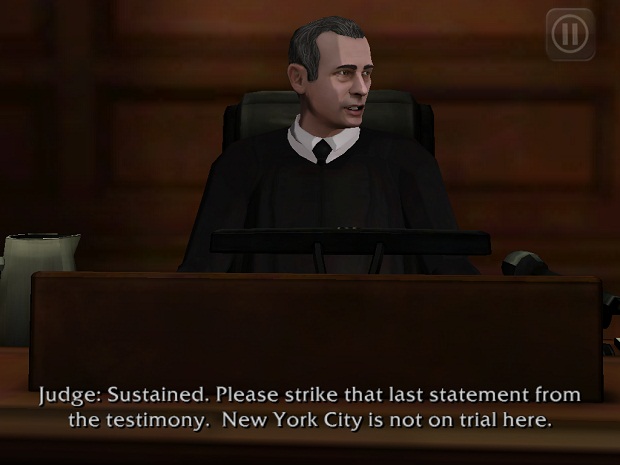 Well, maybe it should be put on trial.

All in all, this episode isn’t the greatest. It fumbles its way out of the gate, and then it flops around for a bit until Jack McCoy shows up to single-handedly save it. Fans of Jack’s character will definitely want to pick this one up—it’s his best appearance in the series so far—but even though the trial section is excellent, that doesn’t make up for the sub-par investigation section. Couple that with the bad ending, and I’m giving this the lowest score of all the games in the series.

A simple review of a simple game from a simple time.