Law & Order Legacies is a fantastic educational game, which teaches you how to grow plants, water flowers, cut grass, and–

Wait, I’m thinking of Lawn Order Legacies: Great Gardening Tips. But Law & Order Legacies: Episode 3 is pretty good, too. In fact, it’s the best game of the series so far.

The first two games of the series clearly established the fact that there is no series continuity whatsoever. With that out of the way, now the series can really start cooking. The two detectives from the first episode, Rey Curtis and Olivia Benson, have teamed up again to solve a murder and to trick me into thinking this game will end with the two of them getting married. I mean, come on. The series wants these two single detectives to start dating. Look at the love on their faces when they see each other! 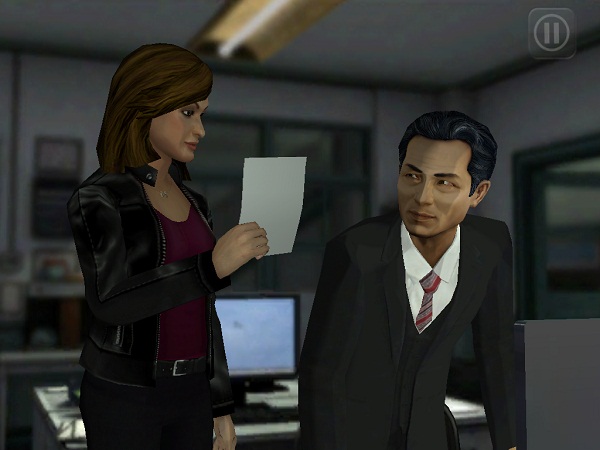 Oh, um…never mind. That’s not love on Rey’s face. That’s indigestion. Somebody get that man some Pepto Bismol!

The game starts off with a prostitute being killed. Curtis and Benson are on the case, but they don’t get very far before they run into Detective Mike Logan, another old-time Law & Order character. I don’t know what Mike Logan was like on the TV shows, but here, he comes across as a hard-working, slightly nerdy man who gets rejected by every girl he tries to date. Somebody get that man an application to be a GameCola staff member!

Yes, poor Mike Logan sort of comes across as a dateless loser. Toward the start of the episode, he makes an unsuccessful, half-hearted attempt to get the attention of Olivia Benson. This humorously causes Curtis to go into jealous boyfriend mode. Toward the end of the episode, Mike asks lawyer Abbie Carmichael if she’ll take him to dinner, and Abbie Carmichael bursts into laughter while hanging up on him. (That happens to me a lot.)

Those are the only two scenes in the game which even come close to romance. That officially makes this the most romantic game of the series so far, and my official choice for Romantic Valentine’s Day Videogames. What can I say? Funny with a chance of romance is probably my genre of choice. I think I watched too many Disney movies when I was growing up.

This episode also contains a lot of humor, most of it coming from Paddy Jackson, an incredibly stupid criminal who decides to be his own lawyer. It was basically the funniest thing in the entire series so far. Sure, I appreciate the fact that the lawyers and police officers are all witty characters who constantly drop great one-liners, but I also enjoyed seeing the dumb guy make ridiculous objections. 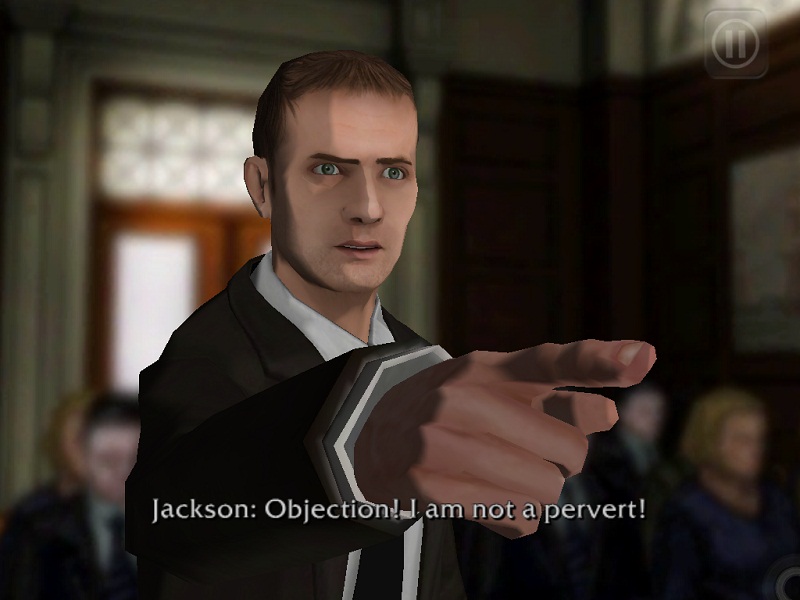 Why does the episode have more humor than normal? I’m not sure, but I think they wanted to counter-balance the main plot, which is more dramatic and potentially horrifying than normal. The criminals in this case are a duo, made up of a rapist and serial killer. Culprit #1 kidnaps prostitutes, feeds them drugs, and rapes them. Culprit #2 kills the women and dumps their bodies elsewhere. They have done this with eight women so far.

To make things even more dramatic, one of the culprits is a Wall Street millionaire. He is a slick talker, and there is a very real chance that if you mess up, he is going to get away with his crimes. There are two different endings where he does get away with murder. Sure, those bad endings are easily avoidable, but it still makes things more dramatic when you know the criminal can run free. 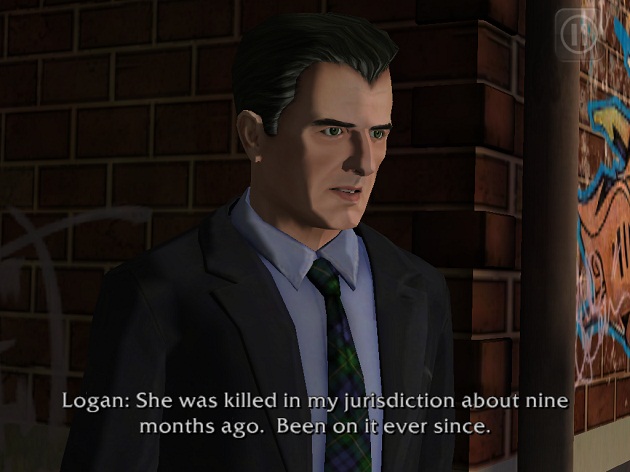 There are other things which make this the best episode of the series so far. For one thing, there are two hidden object screens this time, not just one. And…that’s basically the only difference I noticed. Other than that, the gameplay is exactly the same as the other ones. The graphics are the same, too: pretty on the dark-lighted iPad, not so pretty when you see the screenshots on your well-lit computer.

I made sure to use a stopwatch when playing this game, in order to see how long it is. It took me a little under an hour to beat the game. That’s about as long as it takes to watch an episode of Law & Order. Is a one-hour game really worth $2.99? Or is the game’s length a good thing, seeing as it’s just as long as the show it’s based off of? You’ll have to decide for yourself, but all I know is this: if I had to choose between playing Episode 3 or the first two episodes, I would pick this episode every time.

It's your average Japanese dating sim. With giant robots.