This morning started off normal. I woke up, regretted it, and grabbed my phone to check Tumblr. I was greeted by this gif, which I think I’ve used before.

Of course, I wanted to know what shit just got real, as it’s unusual to see the Ace Attorney fandom hijack a post or anything. I checked Twitter and my mind was blown. After sending many expletive-ridden texts to my friend Noelle, I sat down to write this article and share the news with you.

After crying for about an hour, I managed to get ahold of myself and look up all the relevant information. Here’s what we know so far:

So, that’s about all we know so far. Now let’s talk. What do I want from the next numbered Ace Attorney game?

That’s all I’ve got for you for today. I’ll see you in a few days when I’ll cover Famitsu and site updates. Fangirl out! *resumes crying*

I managed to find some scans early. I’ll just drop them here and discuss them when the full article comes out. Make of them what you will… 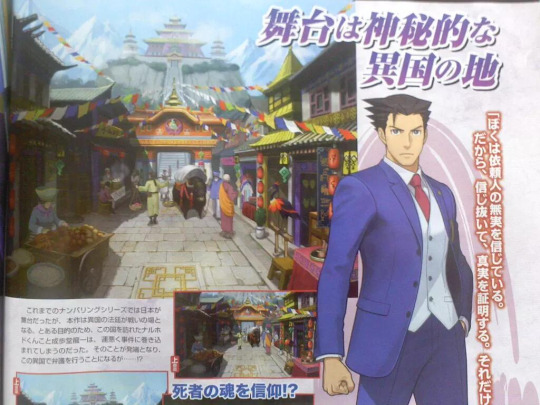 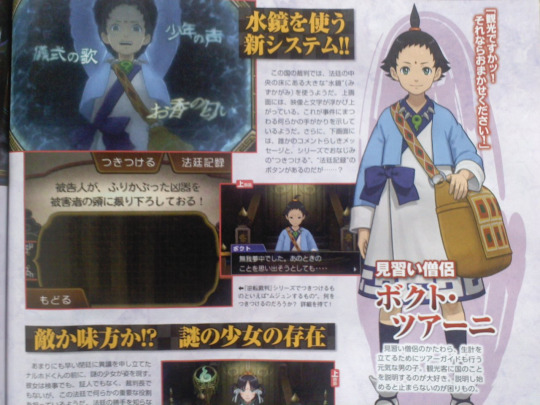 Okay, so I KNOW I said I was going to leave it, but thanks to Tumblr and a little digging, I found some info on these scans.

The game is set outside Japan (!!!) in a (for now) unnamed country. Our hero Phoenix is, of course, wrapped up in a case as soon as he arrives. It appears that this country is a big fan of believing in the spirits of the dead (channeling?) and some kind of water mirror will come into play. The kid is Bokto Tsuani (a pun on tour guide) [Editor’s Note: “Boku to tsuaa ni” literally means “tour with me”] and he’s a monk-in-training/tour guide. The chick on the bottom is mysterious, as according to the text, she’s neither judge, prosecutor, or witness…MAYA?!

Nelson Tethers: Puzzle Agent introduces us to the most secret (and yet perhaps most vital) department of the FBI: The U.S. Department of Puzzle Research. As an agent of said division, Nelson Tethers s