Anime girls AND giant fighting robots? Their victory was assured.

You’ve really got to marvel at the success of all of these Kickstarters lately. Despite various issues with backers not delivering and a lack of updates from certain developers (I’m looking at you, Unsung Story team), Kickstarter has still proven a tried and true method of getting games developed or localized. Publishers are feeling more comfortable bringing their products over now that fans have a way to show them that they have a vested interest in their games.

Enter Muv-Luv. This visual novel series came out in Japan in 2003 and has proven massively popular, spawning a bevy of sequels, reboots and ports. But visual novels aren’t big money makers in the West. It’s taken years for them to steadily rise in popularity here. And even despite all of that, lesser-known titles kept getting brought over while Muv-Luv was left on the other side of the sea. But now it seems like the wait is over. Once a title you could only play through imports (or piracy, depending on your morals) and patching with fan translations, Muv-Luv will be making its way to the West this March. Thanks to a team of professional and fan translators the we’ll be getting a very hefty Muv-Luv experience with the original game, Muv-Luv [Extra], Muv-Luv [Unlimited], AND Muv-Luv Alternative all coming to the West in some form.

The first game is set up as your traditional dating sim. But as is customary in Japan, things get crazy in subsequent titles as horrifying aliens called BETA invade the Earth and it’s up to you and your classmates to pilot giant fighting robots to save the human race. I have no idea how the title could escalate so quickly but I’d be lying if I said I wasn’t interested in finding out for myself. They kind of had me at “giant fighting robots” already.

The Kickstarter has reached almost $600,000 of its $250,000 goal as I am typing. This has added some pretty awesome additions such as additional voiceovers, additional music, some additional mystery content, and Android and Vita ports in addition to the original Steam PC release. When they reach the $600,000 goal, the developers will even be putting together a codex with all of the game’s lore tucked inside if that’s your sort of thing.

I’ve heard nothing but good things about this series throughout the net. If you’re a fan of visual novels, giant fighting robots, dating sims or any combination of the three it seems like something worth checking out. If you’re interested you can head on over and back the project here. I’m sure the developers would thank you for your support. 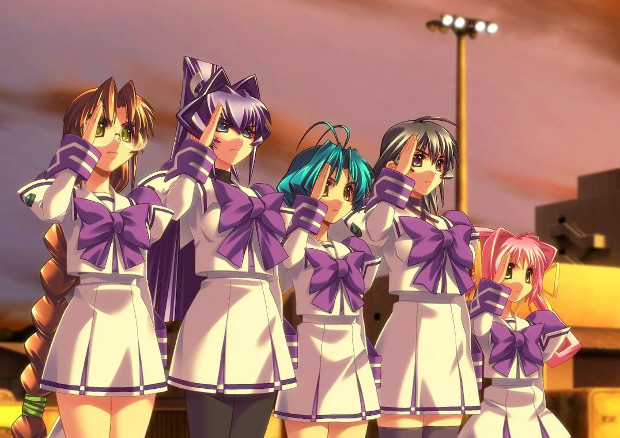 It's great to review one of your all-time favorite games. Indiana Jones and the Fate of Atlantis (FoA) was what LucasArts provided to their p'n'c fans after the sublime Monkey Island 2, and it would