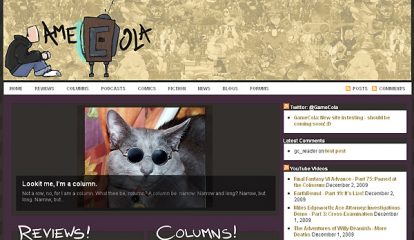 [Note: This podcast was originally recorded in April 2016, but the article has been uploaded now due to the site hiatus/redesign]

GameCola is back! But at the time this podcast was recorded, the site’s relaunch was just around the corner. Join Alex Jedraszczak, Anna Bryniarski, and Joseph Martin as we talk about our excitement for the new site, as well as the following:

And more! And if that doesn’t satiate you, check out our social media channels such as Facebook, Twitter, YouTube, and iTunes! And you can email us using podcast[at]gamecola.net!

A rather harsh look at the parable featuring office worker Stanley.