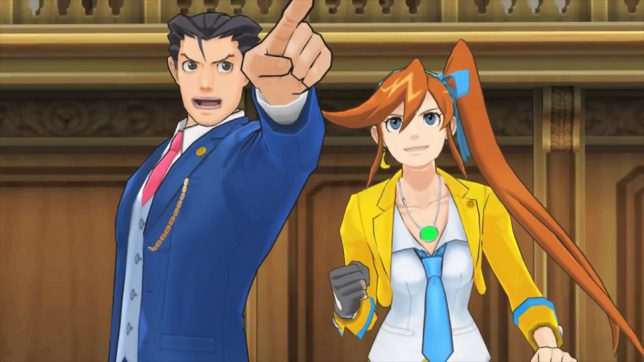 Any day that sees the release of an Ace Attorney game is bound to be a holiday at GameCola, and October 24th is no exception. While we haven’t exactly been celebrating since time began back somewhere around 2009, we have celebrated exactly one few times, as shown below.

A year after the worldwide release of Dual Destinies, we were in the mood for more games to be released. And hey, they made it through Greenlight! It hasn’t been released just yet, but the developer says it’s coming along. Hopefully it won’t take until next October 24th!

Truly a great example of the October 24th spirit, we released Part 4 of our first RPGCast, Crystalis as led by Nathaniel Hoover. If you’d rather celebrate October 1 than October 24, you can also check out Part 1 to start from the beginning.

What could be more October 24th than Michael Gray songifying an indie game press release (and then reviewing the game)? It’s the last one on our list, so give the review a read before you head out for your own October 24th celebration. And don’t forget to check back next year to see what else we’ve come up with!

Scott wins. I don't know if I actually want to see the Scott Pilgrim movie or not, but this trailer of the upcoming game based on the movie...based on the comic book...which appears to be in part bas