Welcome to “Oh, the Humanity!”, the column that reviews videogame-based books and movies. These days, it seems like virtual reality is becoming more and more popular, with products like PlayStation VR and Google Cardboard. But is virtual reality really a good thing? Archie Comics warned us about the dangers of virtual reality videogames, back in the 1990s! It’s time for a…reality check! 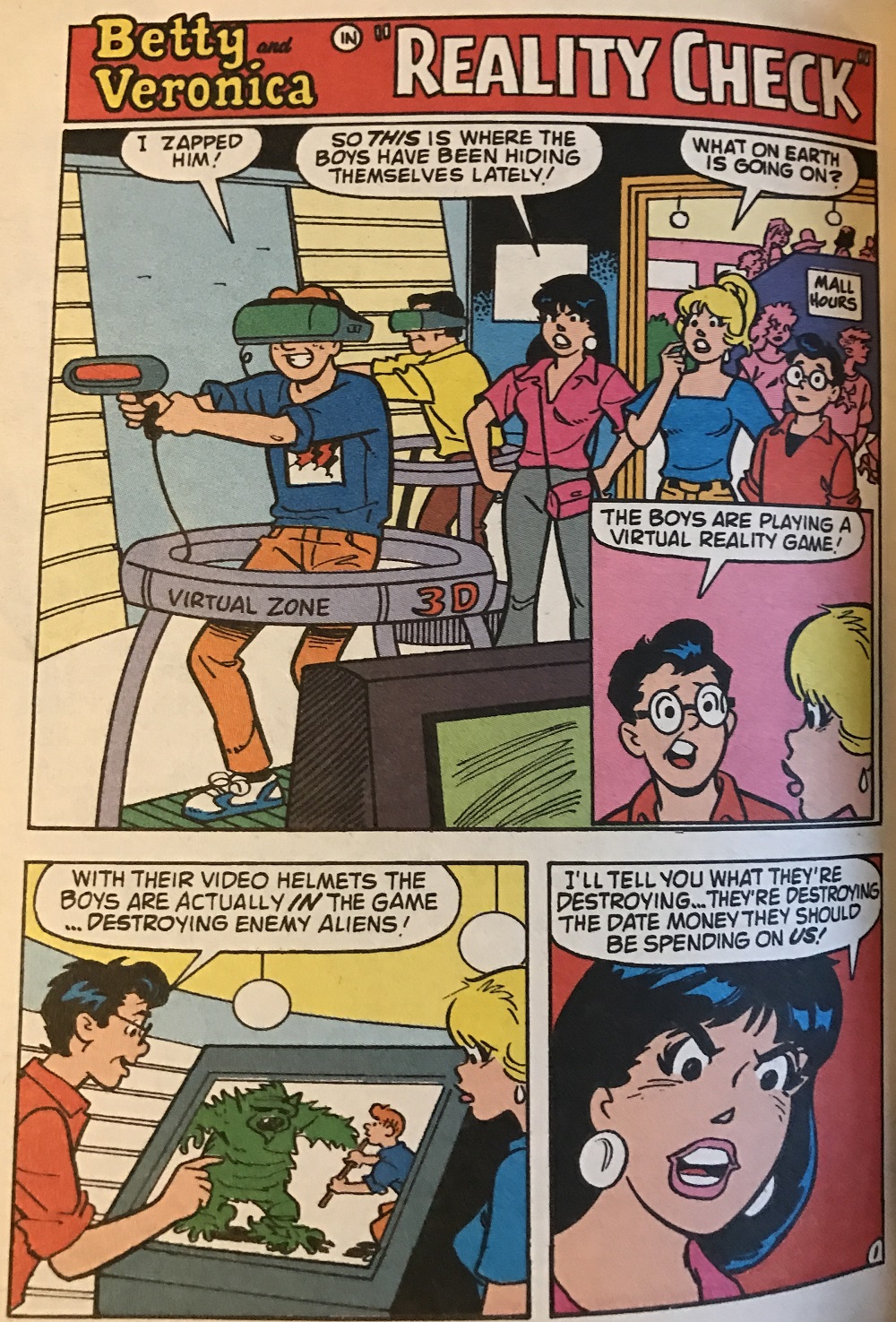 We start with the guys at the mall’s virtual reality arcade, which is totally a real thing that exists. Their girlfriends are furious. How dare the boys spend money on videogames?! They should spend all their money on their girlfriends!

Well, besides for talking to the guys about the problem. But that involves communicating like normal people. That’s clearly out of the question. So the girls go to the park and mope. There, they meet Dilton, the local nerd. He talks to them and agrees that virtual reality just can’t compare to real life, and he offers to help them by making his own virtual reality game.

A few weeks later, the guys notice the girls have been missing, lately. Dilton pops up and informs the guys that the girls are playing a special virtual reality game. The boys think this is good news. Their girlfriends play videogames now! They have a shared interest! But then the guys see what the virtual reality game looks like… 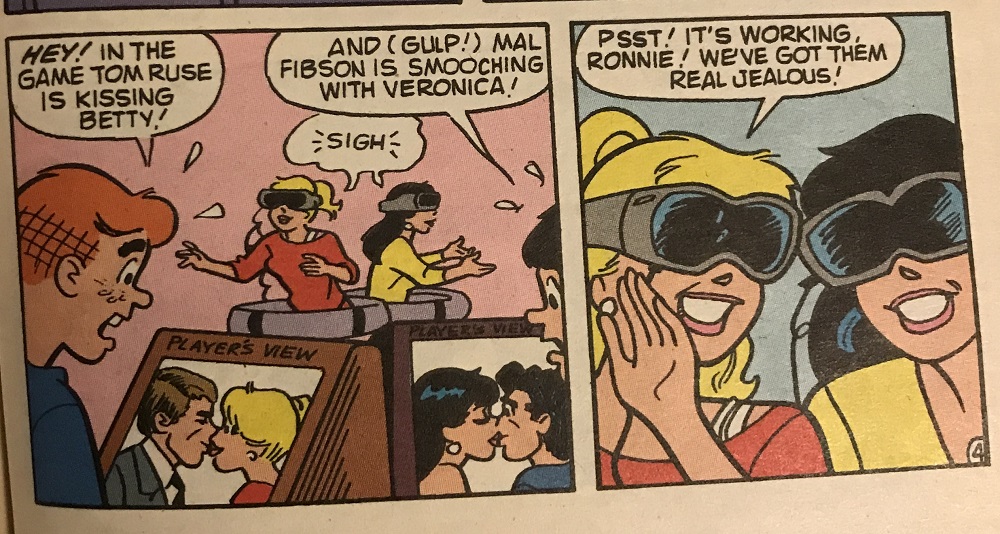 Yes, the girls are using virtual reality to make out with fictional celebrities. And like I said, this is “a few weeks later”. So clearly, the girls have been making out with hot guys every day for weeks on end, just waiting for this moment, when their boyfriends come in and get jealous.

The guys apologize for ignoring the girls, and they all promise to stop playing virtual reality games. Everyone ignores the fact that Dilton was able to make such a realistic makeout simulator. Instead, we get a joke about how Jughead loves cheeseburgers. Ha ha! He sure does!

To summarize this comic, videogames are awful. You should never play videogames. Instead, you should spend all your money on your needy girlfriend. And if she cheats on you with someone else, it’s your fault for ignoring her. So is virtual reality the future of videogames? No way! Thanks, Archie Comics, for warning me about virtual reality! I’ll make sure to avoid them in the future.