A world ravaged by war with no hope for a dying race which is being exterminated by an evil general. A one-man army now stands in the general’s way. The last remaining hope for Falana. Join me hero…arise and begin your journey.

You finally become conscious to the sound of a talking sword, the Blade of Ahrah which you have summoned, calling to you. He addresses you by the name of Dust. Other than your name, you have no idea who you are and why you are where you are. In the midst of the confusion, the guardian of the sword, a nimbat by the name of Fidget, follows the Blade of Ahrah to see what had summoned the sword. This is where the journey begins. 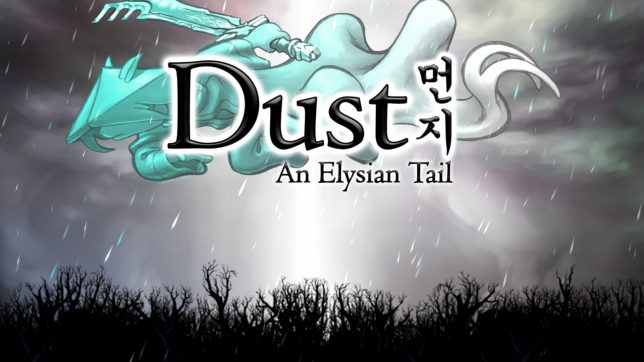 Dust: An Elysian Tail was the first game that I bought on steam. When I was watching the trailer everything just seemed to pull me in and got me excited to play. I’m happy to say that I was not disappointed.

One of the first things that struck a chord with me was the amazing artwork. It’s honestly just breathtaking. Each different area has its own different and beautiful design. The artistic style immerses you into the wonderful world of Falana, and pulls you into the scenery and all of its wonders and dangers. 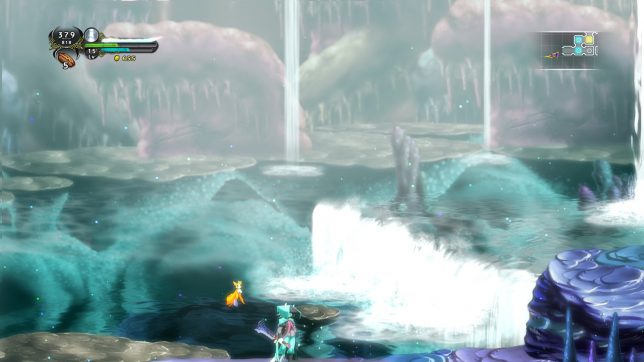 A picture of some of the gorgeous scenery in the game.

Another one of the amazing points about this game is the story. Although I feel there could have more been added to the story, it is still none the less good. It is not too deep but it still consumes you and keeps you at the edge of your seat, wanting more. It was pretty hard for me to put this game down after a while.

One of the things that I also find charming about Dust: An Elysian Tail is the dialogue and the interactions between characters. Although the mood can be tense and serious, a lot of times the dialogue is very light and playful, characters constantly bantering with each other. The relationship between Dust and Fidget is something else…~ 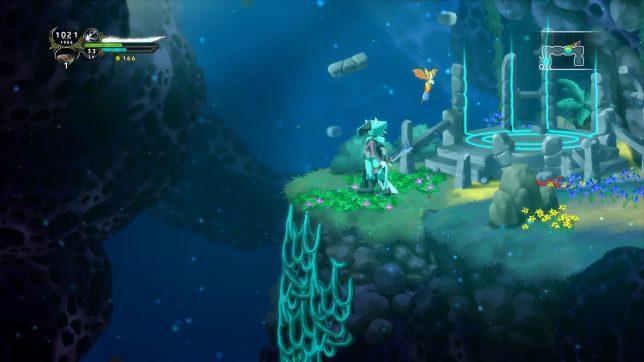 Dust and Fidget sitting by a save point.

Not only are the story and the art captivating, but the music is also fantastic as well. The music can take on many different feels; from very relaxing to very beautiful to powerful and inspiring. Definitely a soundtrack to listen to on one’s own time when not playing the game to be able to hear the music in its full integrity.

There is a lot of combat in this game. As you fight your way to the general, you’ll level up and gain experience with the combat style along the way. I must say, pulling off combos in this game is relatively easy, but every time you slash an enemy with that sword is oh-so-satisfying. 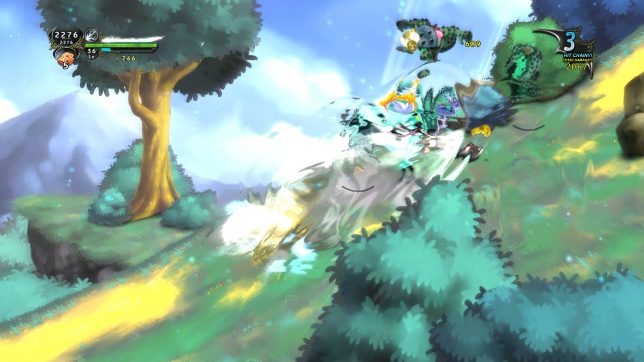 Dust engaged in some combat against some standard enemies.

I’ve beaten Dust: An Elysian Tail twice. I did a Normal run and 100% completed the game (it actually goes above 100% but ya know details) and then continued on to play the game on Hard mode to be able to collect all of the achievements. In total, I have played this game for 57 hours.

I had a lot of good memories with Dust: An Elysian Tail. I was crying at the end of the game as I got so immersed in the story and its characters. It is one of those games that I will always hold dear to my heart. I hope many of you find as much enjoyment and have as good of memories as I did.

So tell me readers, are you ready to journey through a war torn land and help a lost being find their purpose?

1. As you may know, I've written a good number of guides for GameFAQs over the years. I even have a spot on their unofficial (and now-defunct) Hall of Fame as one of their top contributors. The other