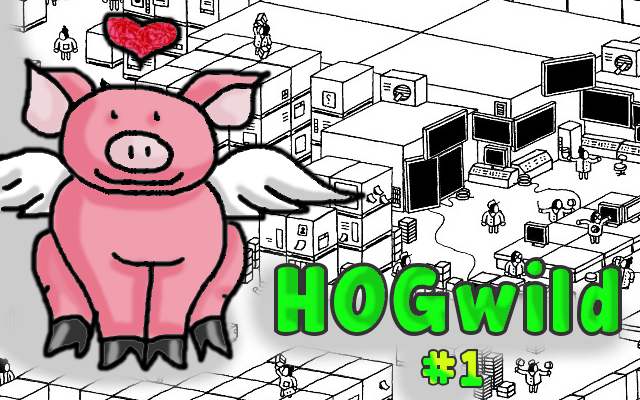 HOGs (that is, hidden object games) are probably one of the most looked-down-upon genres in gamer circles, but I unabashedly love them. I adore puzzle-based games in general, but find HOGs in particular to be the perfect casual brain teasers to relax and unwind with, especially as unicorn chasers after emotionally/psychologically intense games, or as palate cleansers in between longer games. In this new monthly column, I will share some of my personal favorites from my collection.

Now I know when I say HOG, most of you are picturing the cookie cutter, item-based point-and-click adventures mass-produced by studios like Artifex Mundi. While I am fond of those—cheesy and campy as they are—my goal is to introduce you to titles that innovate and expand upon the genre, pushing the definition and boundaries of what a hidden object game should or could be, starting with Hidden Folks, an interactive Where’s Waldo?-style (or Where’s Wally?-style for everyone else in the world) searching game. 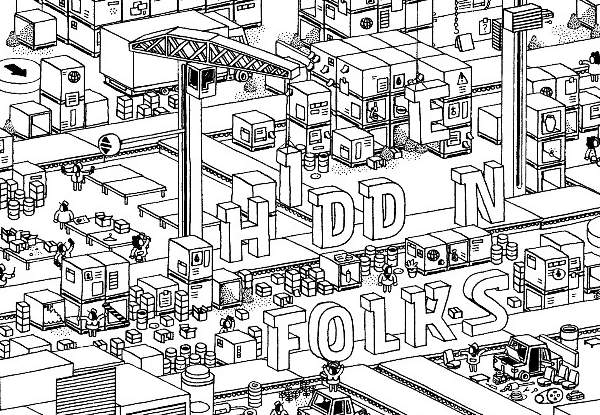 Hey, look! I found the title!

Hidden Folks is, at its core, a puzzle picture book brought to life, and captures all the childhood joy of hunting for miniature figures within those sprawling, detailed illustrations. Only these figures are animated and have amusing flavour text.

The gameplay itself is simple: find the listed targets in each level. Sometimes the targets are out in the open, and it’s just a matter of spotting them; however others will require you to manipulate the environment in some way—chopping leaves, operating conveyors, digging holes, and opening up everything from tent flaps to high-rise windows. 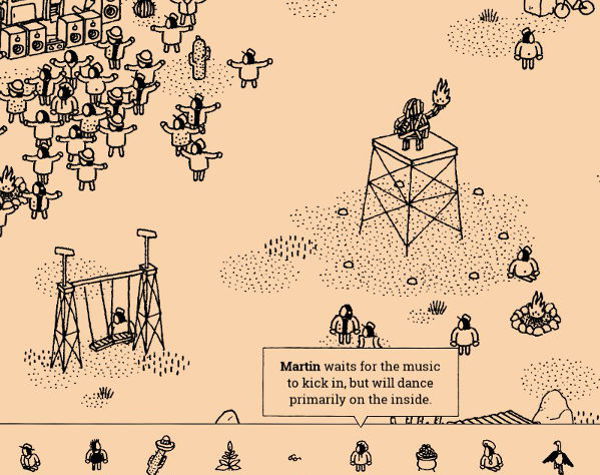 “Your friends don’t dance, and if they don’t dance…they’re probably Martin.”

The four main areas have a learning curve built in, with each area starting you out on a small map just to get the hang of the gimmicks being introduced, and gradually building you up over the next two to four levels into rambling expanses. I really appreciate that each map can be clicked and dragged and is fully zoomable.

You don’t need to find every object to proceed, making this a great game for all ages and skill levels, and for families to play together.

Production-wise, Hidden Folks is truly a work of minimalist art, with assets distilled down to just what is needed—nothing missing, nothing extraneous. The artwork is all hand-drawn in remarkable detail, each scene chock full of fun characters and sight gags, but they utilize only two colors: black outlines on a white page, white outlines on black, or black outlines on peach (you can choose which palette to use from the menu).

There is also no music whatsoever. Instead you have, according to the developer’s website, “1100+ mouth-originated sound effects” providing atmospheric background noise and creating a ridiculously charming cacophony as you click and interact with the thousands of objects in the game. 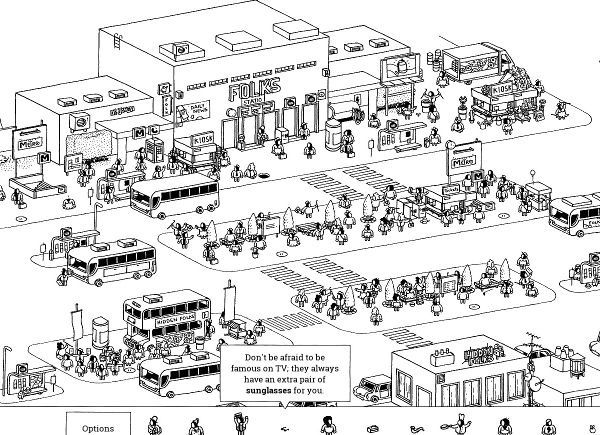 It took me about four hours of gameplay to complete the game with all achievements and without resorting to any hints (finding the Garden Fork seriously almost broke me). That timeframe also includes finishing the recent free Factory update. Some people may complain that is too short, but four hours feels like a breath of fresh air compared to the 158 hours I’ve logged so far for Titan Quest or the 422 hours logged for Torchlight II. There is something very satisfying about being able to sit down and fully complete a game in one session. Additionally, the developers have plans to continue updating the game with new areas, so it is a gift that keeps on giving.

This game was a labor of love by a very small studio, and that love pours forth in every aspect of the game. I guarantee you will find it as enchanting as I did, and hopefully it will make you take a chance on exploring other HOGs and casual puzzlers. Available on Apple mobile devices for $3.99, and PC for $7.99, it’s worth each and every penny of the full price. 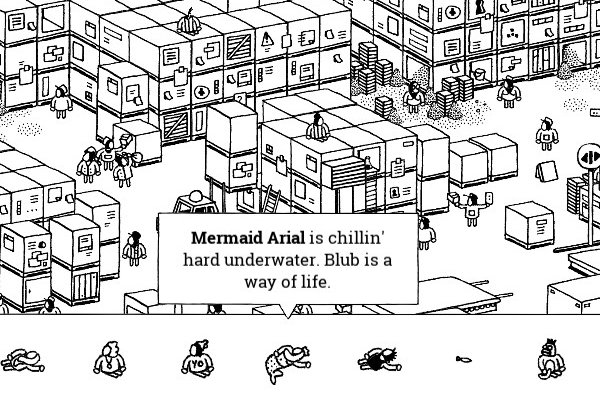